Behind the Stucco: Downtown Phoenix Historic Buildings with a Story Underneath

Korricks Store was one of the leading shopping places for Phoenicians to frequent in downtown Phoenix along with Goldwater’s, Hanny’s, and Switzer’s. Now, the building on Washington and First streets has been renamed The Department, and is home to coworking space and restaurant tenants. (Photos: Phoenix Public Library / Donna Reiner)

Many of us buy new clothes, a new phone, or a new car to keep up with changing styles or the latest model. For sturdy buildings, changes to a “new” style may be as simple as applying stucco over bare brick, inserting new windows or removing parapets. Change is something we all encounter or recognize.

Whether you are a long-time resident of Phoenix or not, you may not realize that a number of fairly well-known buildings have a “new” outer shell. Yes, over time, upgrades were made to “modernize” their exteriors rather than starting from the ground up, and you may be surprised by which ones. 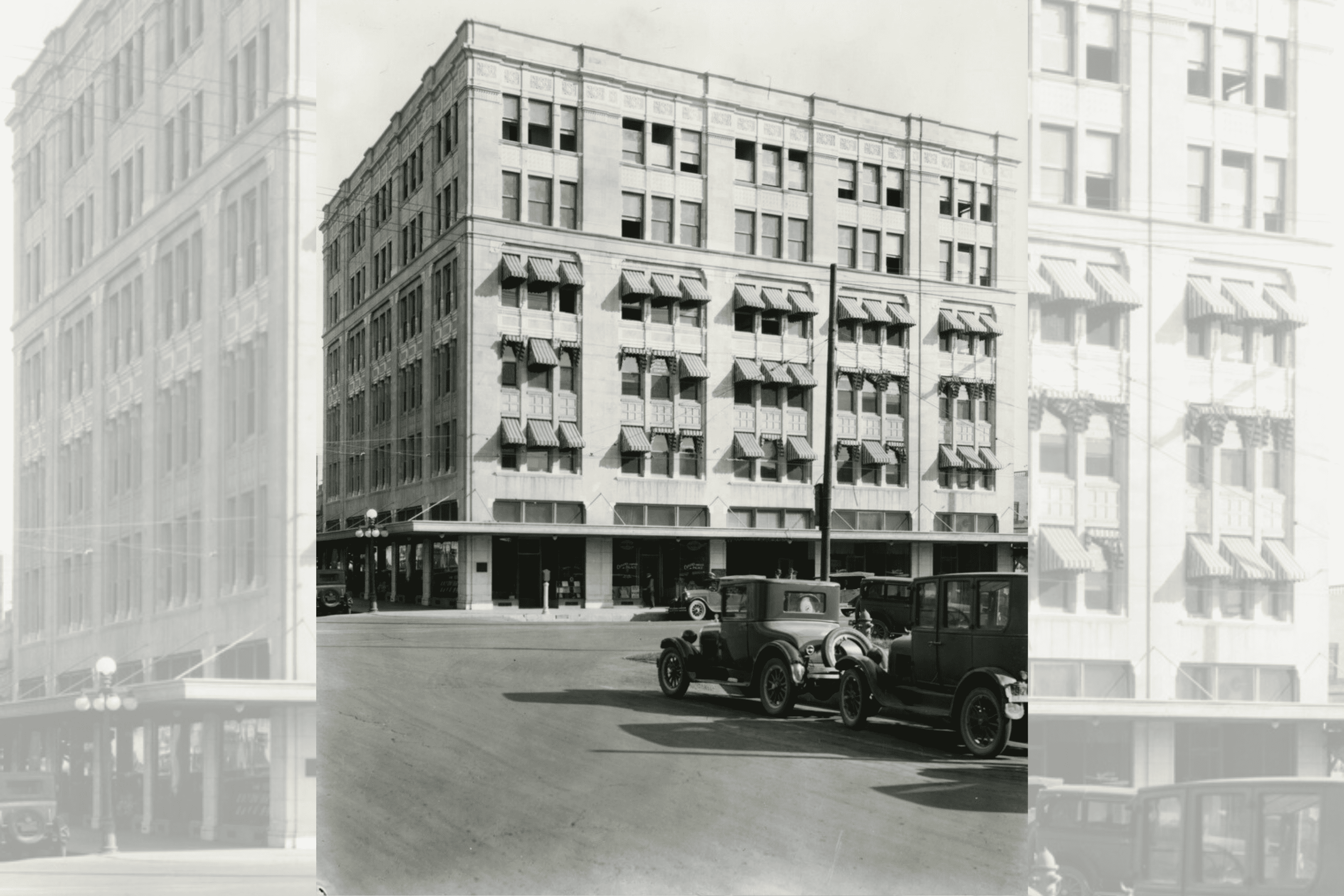 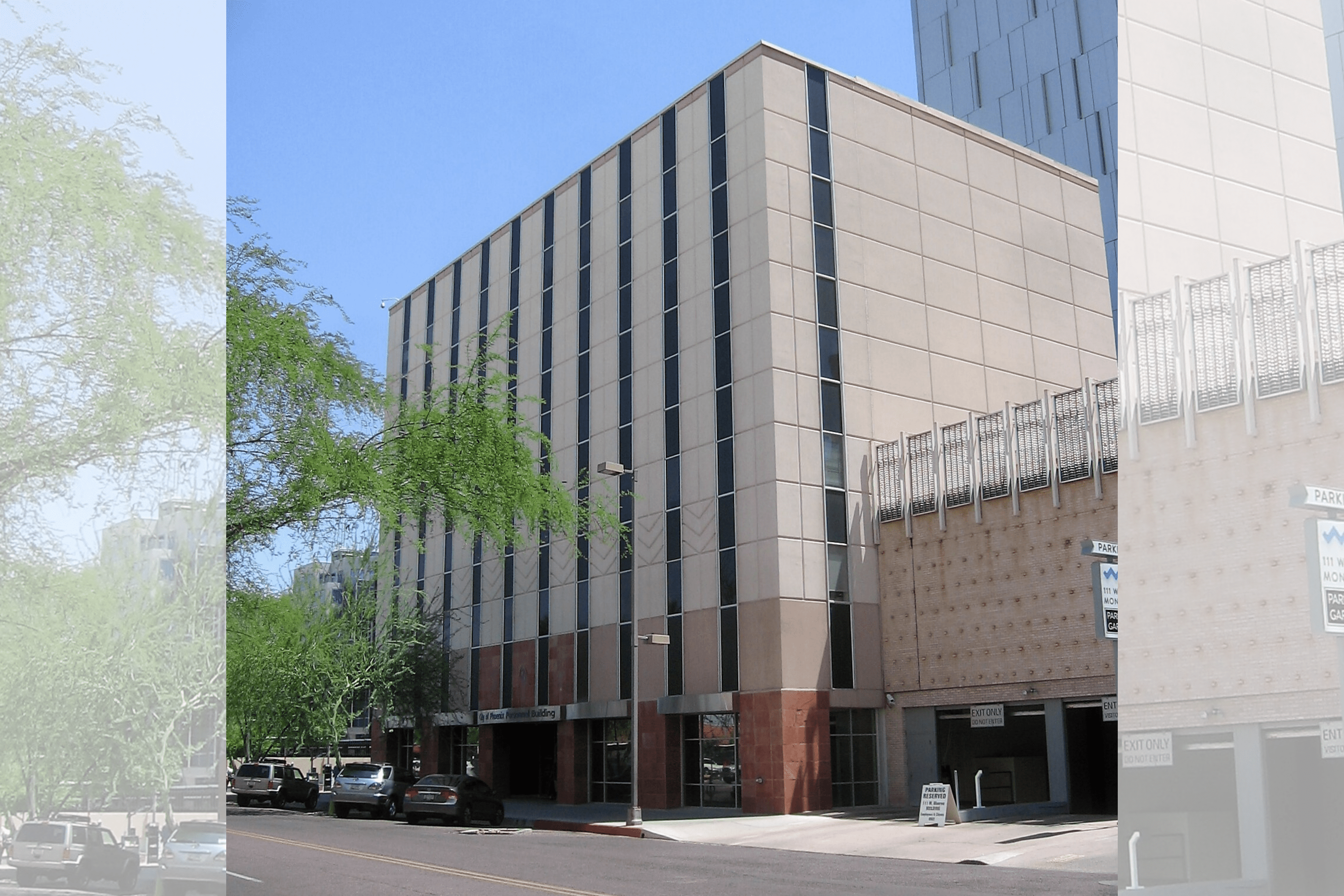 Dating from 1923, the Ellis Building was considered modern with its four stories and elevator. In 1928, two additional floors were added to meet the demand for space. By 1947 though, the interior desperately needed upgrades with office and lobby space configurations instead of individual store space, and new elevator equipment. Still, the exterior remained the same.

However, the Ellis Building’s owners did something dramatic in 1962 before its fancy, tall and sleek new neighbor, the Arizona Title Building at 111 W. Monroe Street, opened in 1964. They gave it a brand new look inside and out.

The former City of Phoenix Human Resources Building at 135 N. Second Avenue was purchased in 2019, and is currently under renovation again. This time with the goal of bringing some of its 1920s Art Deco interior details back to life.

Korricks Store at 106 E. Washington Street was one of the leading shopping places for Phoenicians to frequent in downtown Phoenix along with Goldwater’s, Hanny’s, and Switzer’s. Like the Ellis Building, its interior had been upgraded to keep up with the times, and there had been some changes to the exterior. But the major changes would come later after it had served as the home for Maricopa Technical Community College for a number of years. The new owner gave it a contemporary exterior and a new function: an office building. 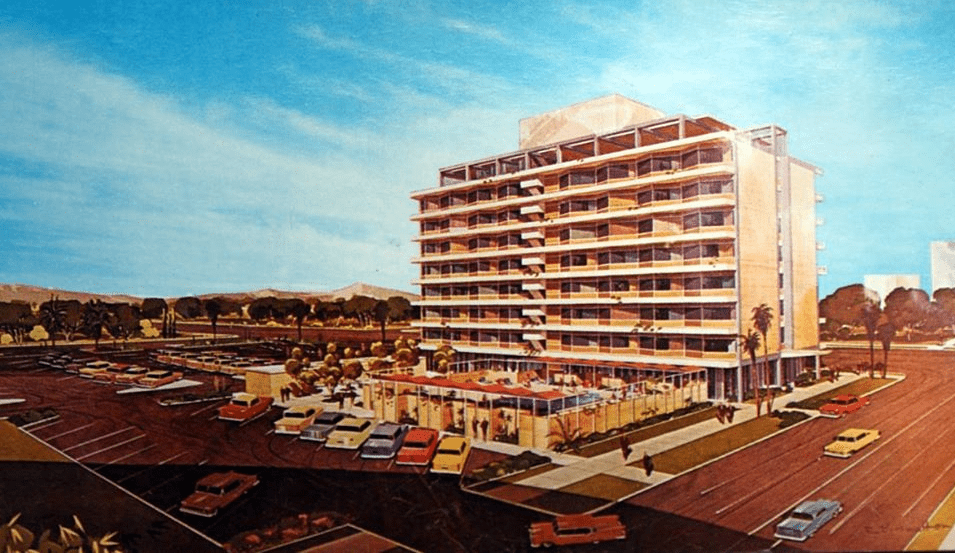 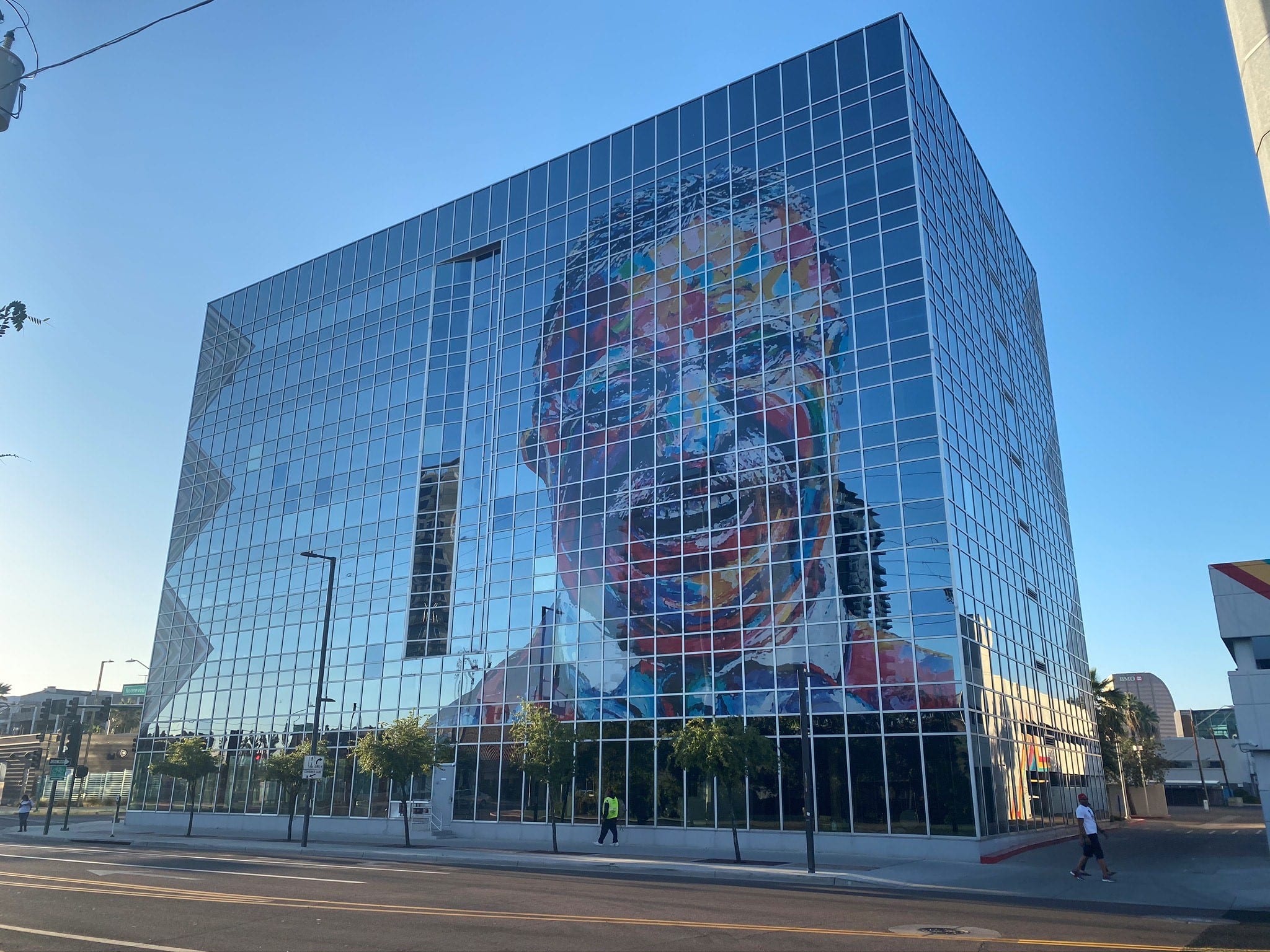 In 1960, Fred Guirey, a local architect, designed the 10-story Coronet Apartment Hotel at 1001 N. Central Avenue (the northeast corner of Roosevelt Street and Central Avenue). Already converted into office space, the building was stripped to its bare steel bones and concrete in 1984. Today you see it with an outer skin of glass. In the process, more square footage was added to the original building along with a parking garage. 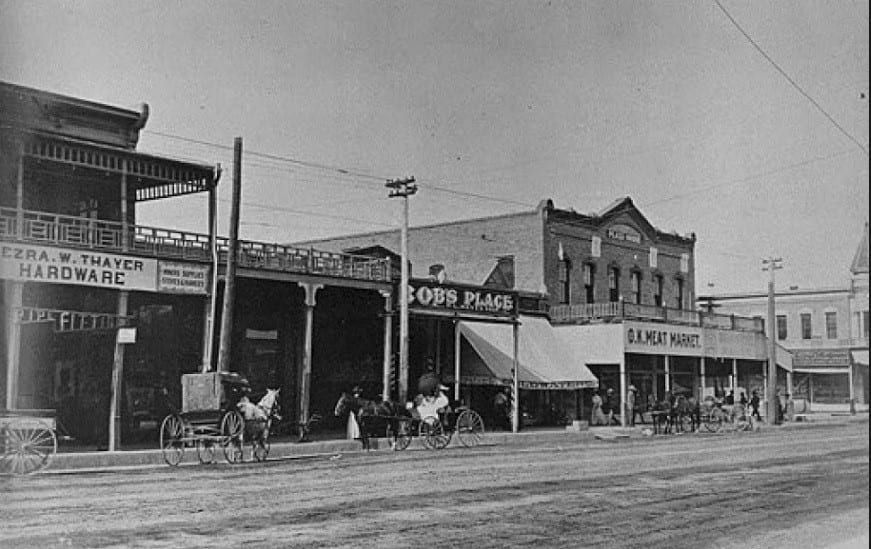 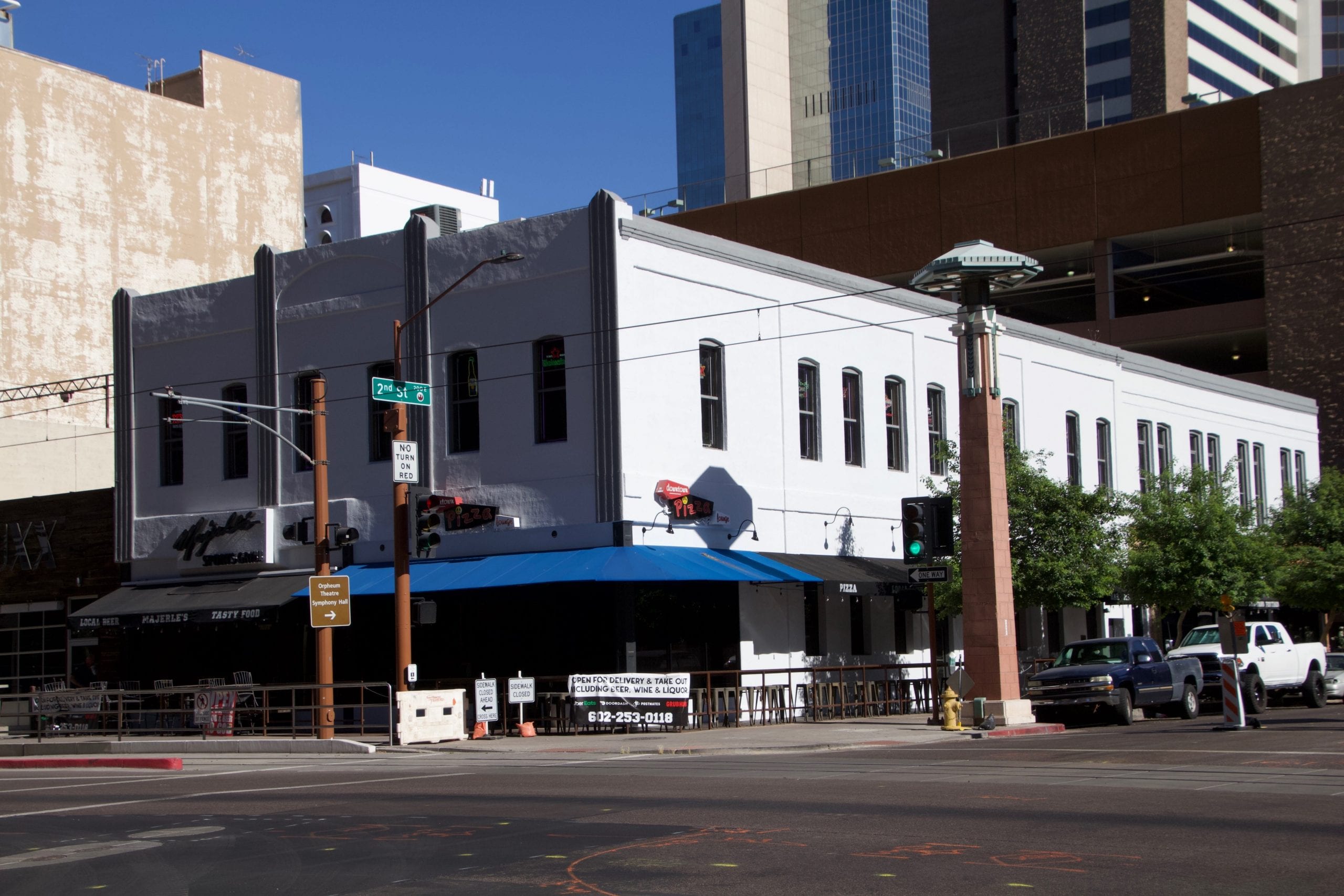 The two-story Fry Building on the northwest corner of Washington and Second streets is the oldest remaining commercial building in Phoenix. Dating from 1885, over time the roofline has changed, the brick has been stuccoed over, the storefront was remodeled, and an addition added on the north end, but one unique item is still visible. On the Washington Street side of the building, you will find several iron columns (look for a metal sign). Majerle’s Sports Grill is the Fry Building’s best-known tenant.

Sometimes we love the new clothes and other times we wonder, “What were we thinking?” The same goes with alterations to buildings. Do you like the new look, or prefer the old?