The Story Behind Gerardo's Building in Downtown's Warehouse District 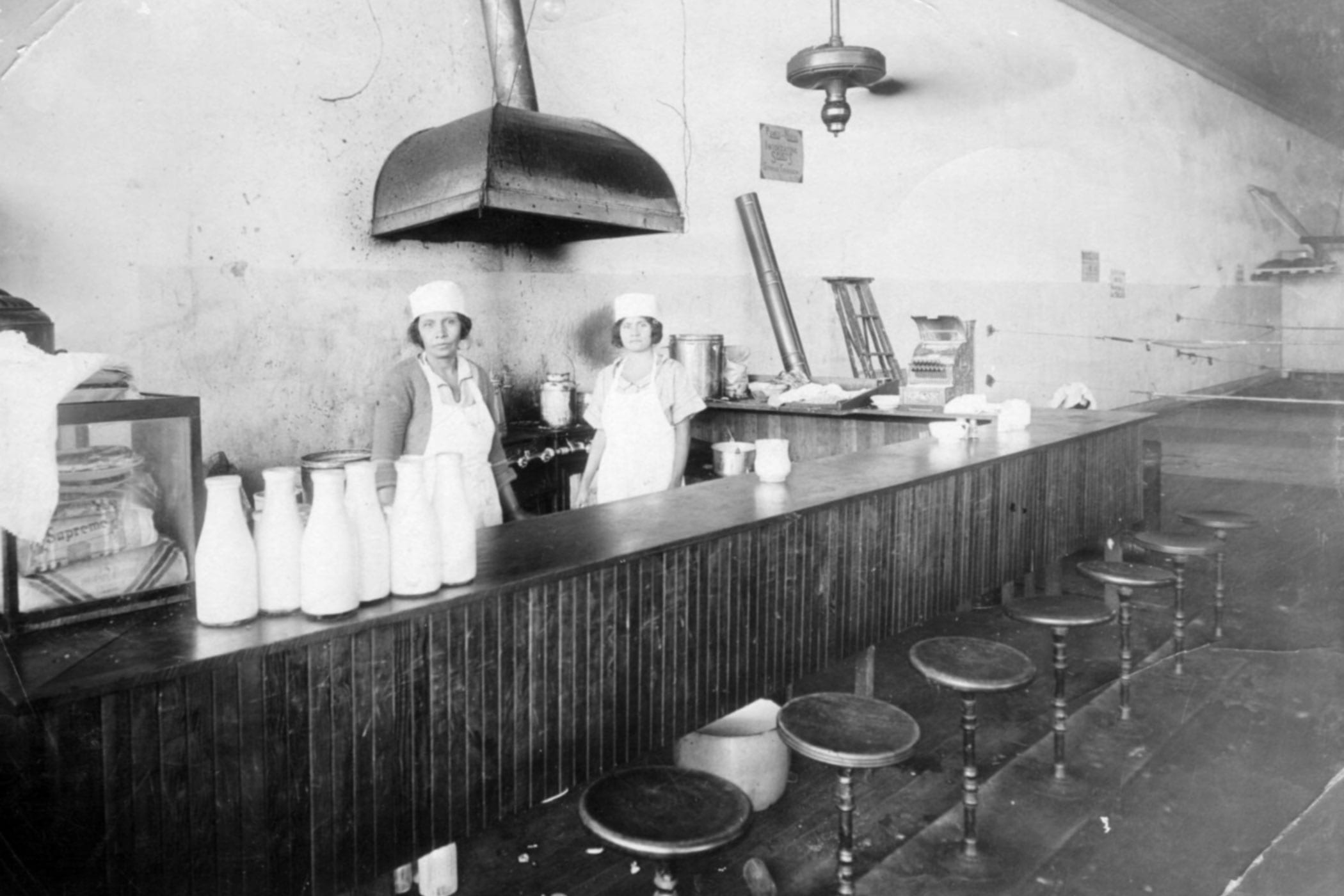 Just south of the Union Pacific railroad tracks, a once-thriving neighborhood of residential and commercial buildings catering to Hispanics existed within what we now call the Warehouse District. Nothing fancy. Simply many small, free-standing homes and some tenements, plus restaurants, cafes, bars, grocery stores, barber shops, and all the other businesses vital to the life of the community.

Today, all that is left of this subarea within the Warehouse District is Arivizu’s El Fresnal Grocery store and Gerardo’s Building. You’ll find both of these by the northwest corner of Third and Buchanan streets, where they are being incorporated into a new residential complex, The Battery.

Two historic structures will be restored and incorporated into the final design of The Battery apartments: Gerardo’s Building (pictured) and Arvizu’s El Fresnal Grocery. Both will serve as ground-floor retail. (Photo: Fara Illich)

One of the fun things about being a historian is the search for details to complete the puzzle. And Gerardo’s Building had some missing pieces.

Gerardo’s, built in 1928 according to the pediment on the Third Street side of the building, has an intriguing history. One puzzling aspect is the name of the building. One might conclude that the owner’s last name was Gerardo. Isn’t that the traditional method? But no, Gerardo was the owner’s first name. In fact, his full name was Gerardo Verdugo Walker. Yes, a very Anglo last name. But more on that later. 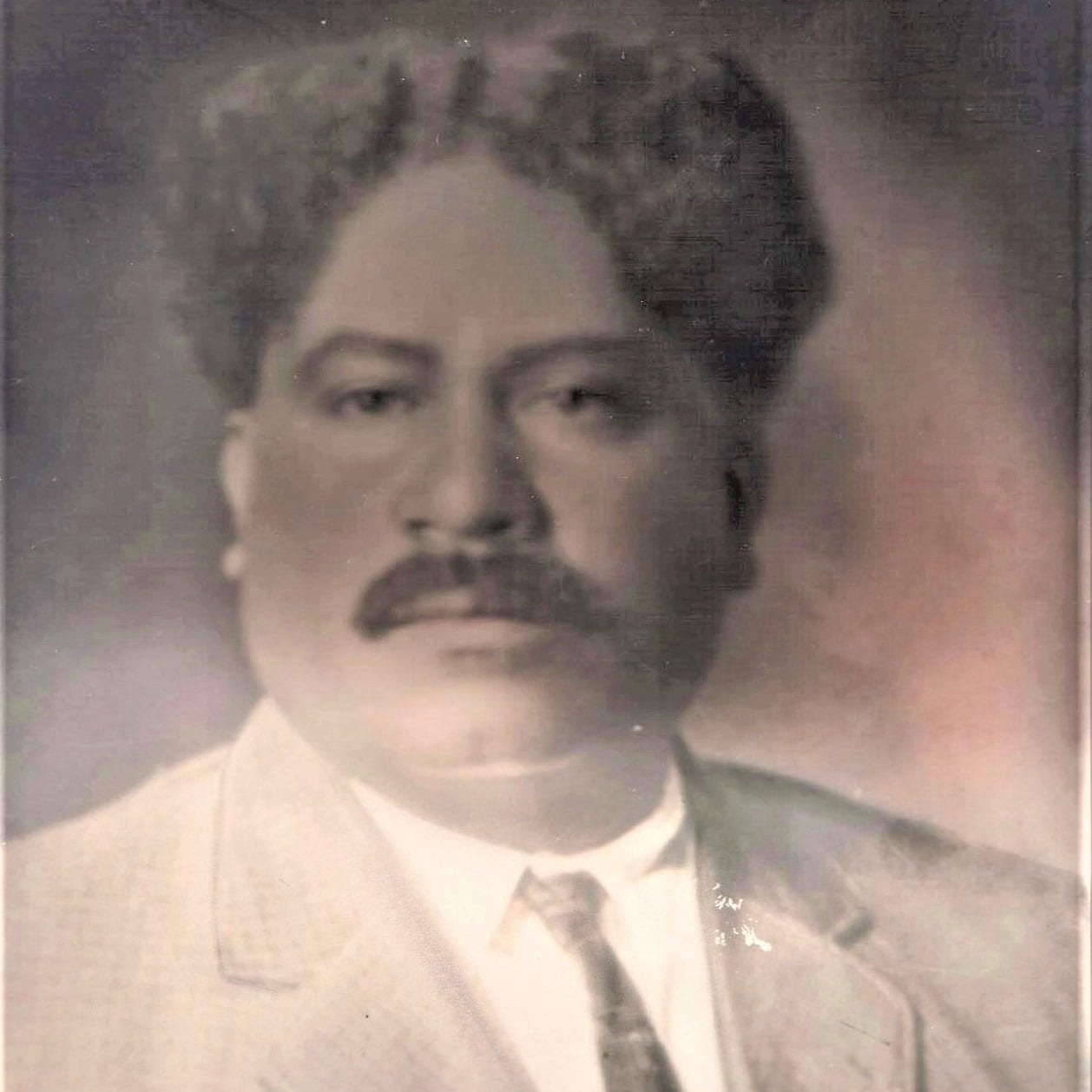 In the days before the construction of Gerardo’s Building, a one-story wood frame house existed on the site. Gerardo purchased the lot in 1925 and apparently cleared off the dwelling so he could construct several businesses. One was a garage, which he ran for a number of years and the other was a two-story brick structure — Gerardo’s Building. Initially, he leased it as a pool hall on the ground floor with two bars, soda fountain and a small café. No name was found for this enterprise.

But sometime in 1936, Gerardo decided to close his garage and take over the ground-floor operations of the brick building. And thus, Sonorense Café, store and bar came into being. Sonorense means Sonoran, and Gerardo was born in Hermosillo, Sonora, Mexico. Gerardo ran this family-friendly business into the 1960s, although the name did change. 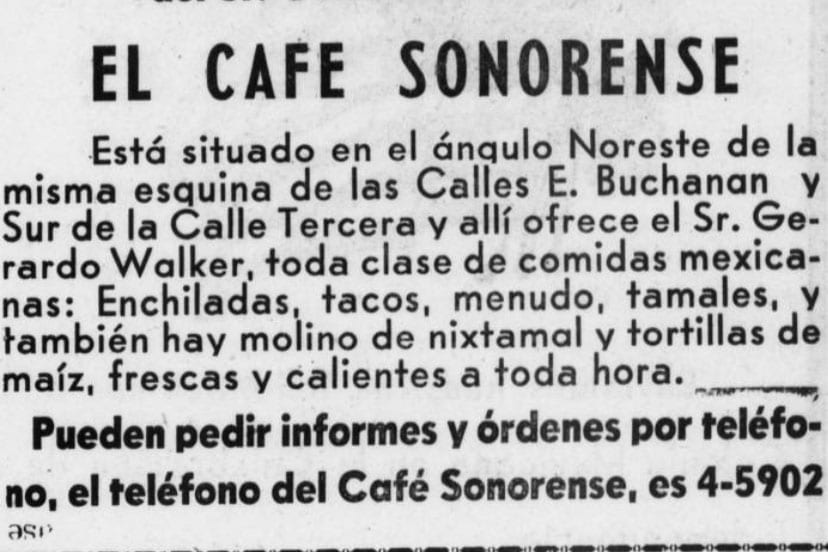 According to Frank Barrios, author of Mexicans in Phoenix, Gerardo Walker was quite the businessman. He started as a barber when he first moved to Phoenix around 1913 after marrying his wife in Nogales; then he added billiard tables to the barber shop; ventured on to become a garage owner; and finally established the Sonorense Cafe. Along with all these commercial ventures, Gerardo was buying and selling lots in various subdivisions. He was a busy man. 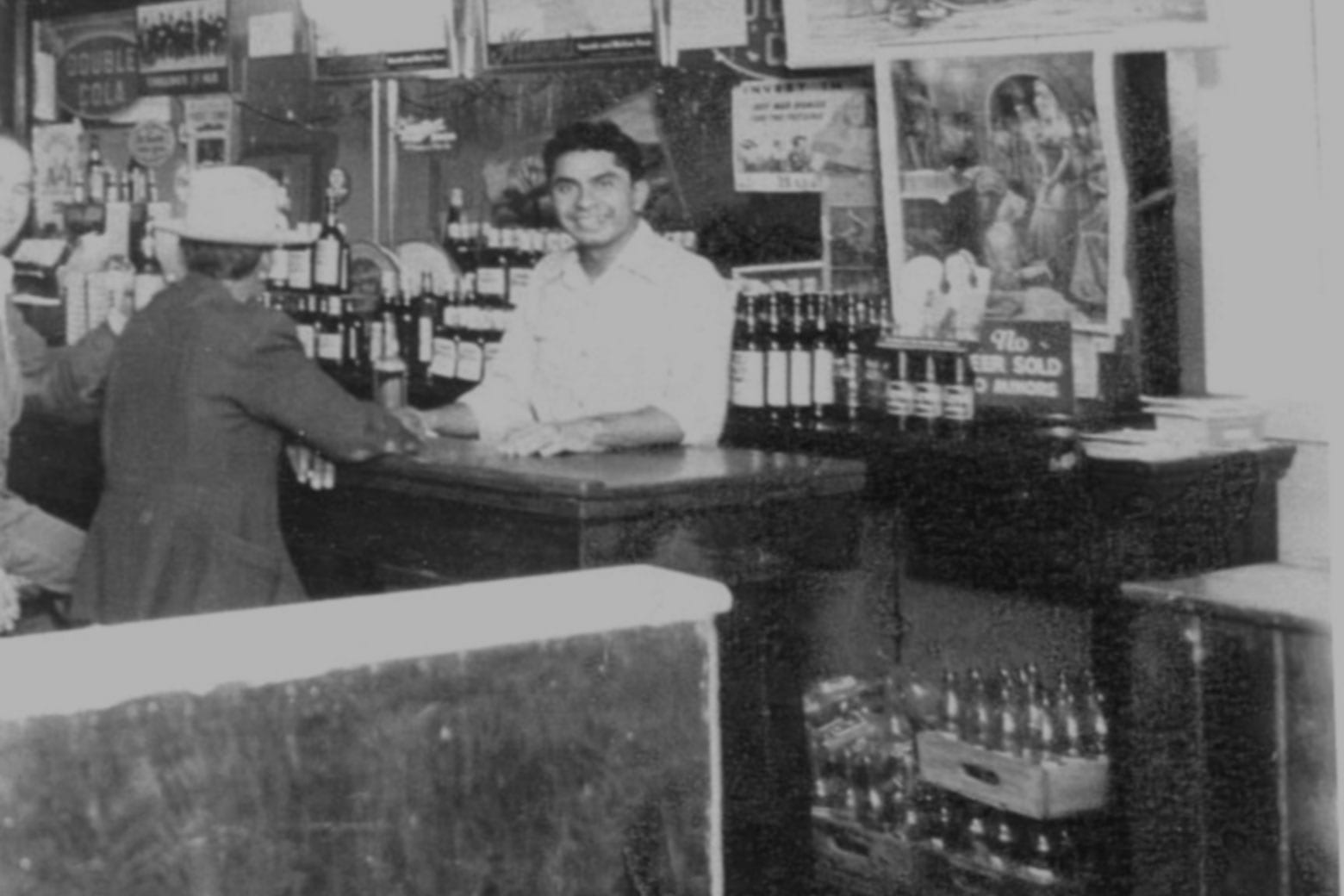 But there was a side of Gerardo rarely mentioned in historic documents. While the census records indicated that Gerardo’s father was born in England, he may have actually been from the Caribbean, since he was of African descent. Black Mexicans have only recently been enumerated in Mexico’s census records, so it was difficult to delve deeper there.

And this heritage caused Gerardo problems. So much so, that one daughter told Frank Barrios that Gerardo purchased land outside of the Phoenix city limits (near 24th Avenue and Indian School Road), where he could raise his family and own a farm. Here he would not be subjected to the discrimination he experienced in town. Despite those racial issues, Gerardo’s businesses were successful within the Hispanic community. 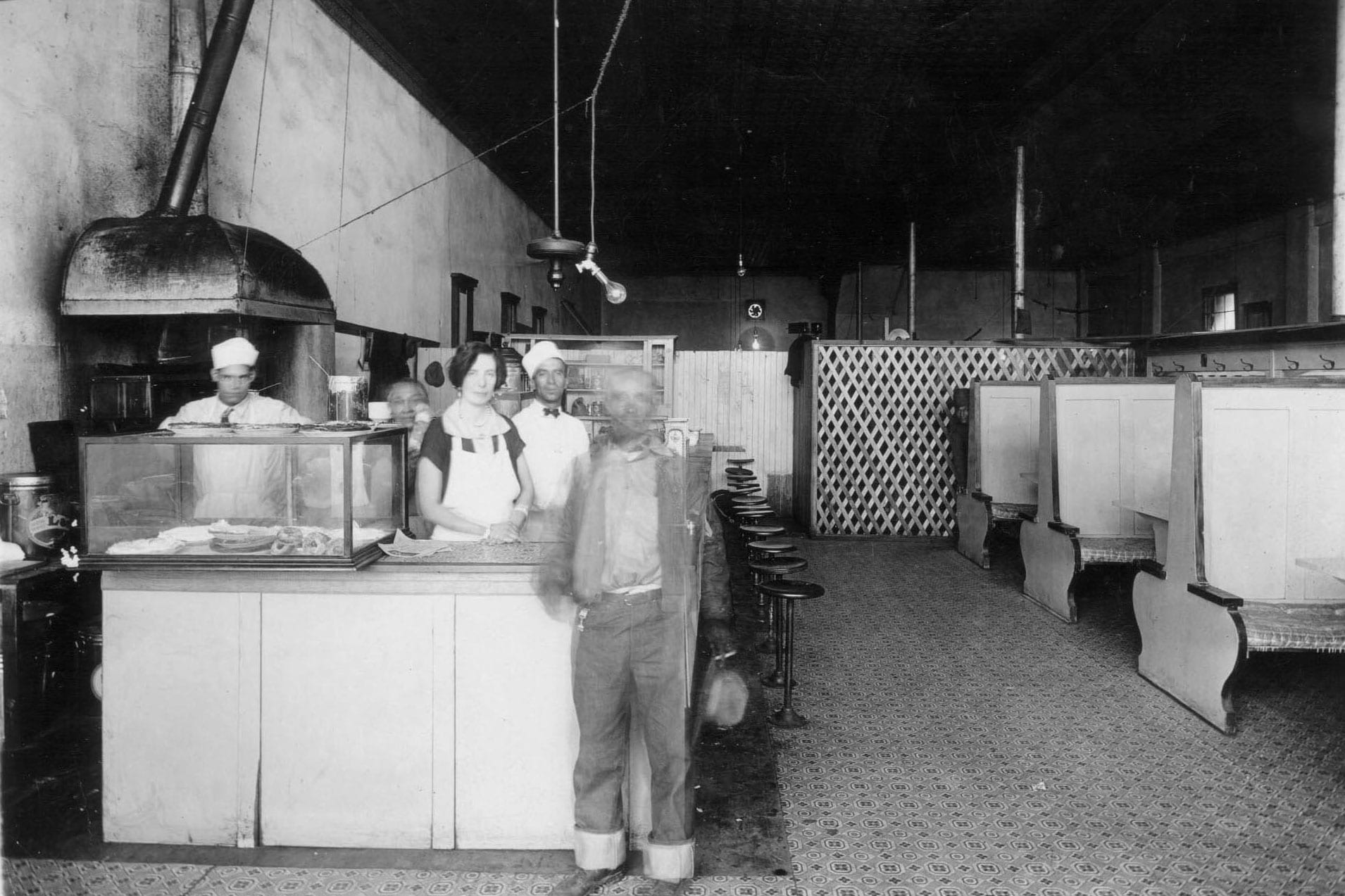 The city of Phoenix Historic Preservation Landmark status protects Gerardo’s Building, and The Battery apartments gives it new life. Spanning two city blocks, both Gerardo’s and Arivizu’s El Fresnal Grocery will be incorporated into the new residential complex, which is expected to be complete in 2021.

About the author. Donna Reiner has spent more than half her life in Arizona and cannot think of any other place to live. A historian and writer now, she’s also a trained classical musician. A jigsaw puzzle fanatic since the age of two, she usually completes at least a 500-piece puzzle every couple of days for relaxation. She takes longer with 1000 pieces.