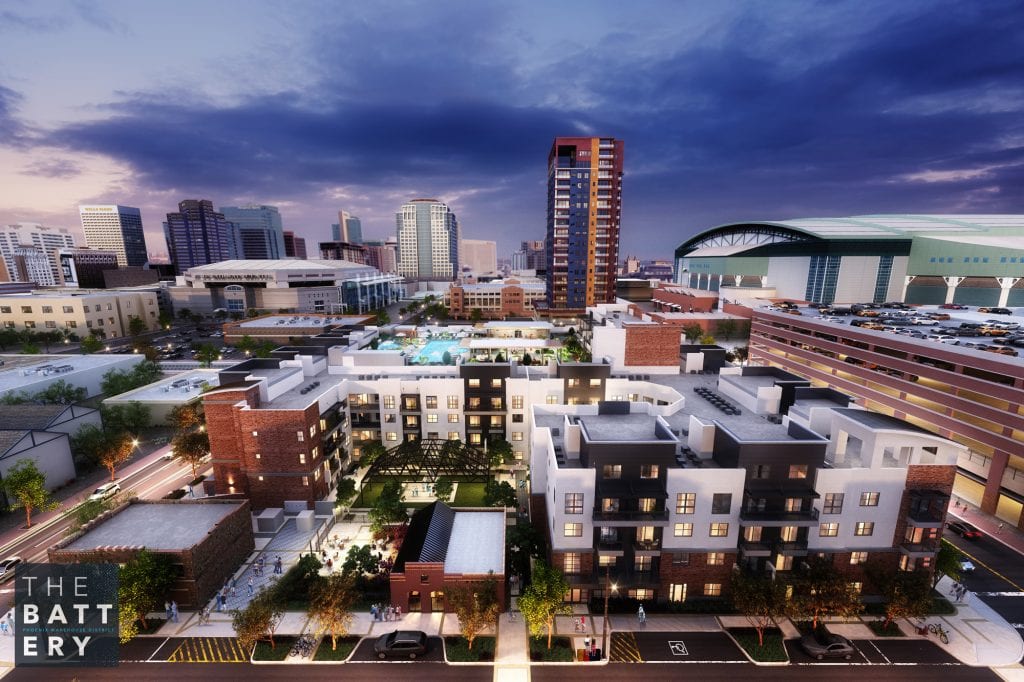 The Battery apartments are located just south of the Union Pacific Railroad in between Talking Stick Resort Arena and Chase Field in Downtown Phoenix. (Rendering courtesy of: CREDE Construction Advisory)

“You guys know I made my living at that building,” Johnson said, pointing at the arena during a groundbreaking ceremony. “When I went on to become mayor of Sacramento, I was able to build on the things I learned here — I have perspective as a player, a mayor and now as a developer.”

“We’re still in the process of getting tenants, but we have some conceptual ideas of what could be going in there,” said Dusty Dallas, senior project manager for CREDE. “Whether it’s a coffee slash bar or a brewery; it could be an arts studio — something that’s going to bring value to the residents.” 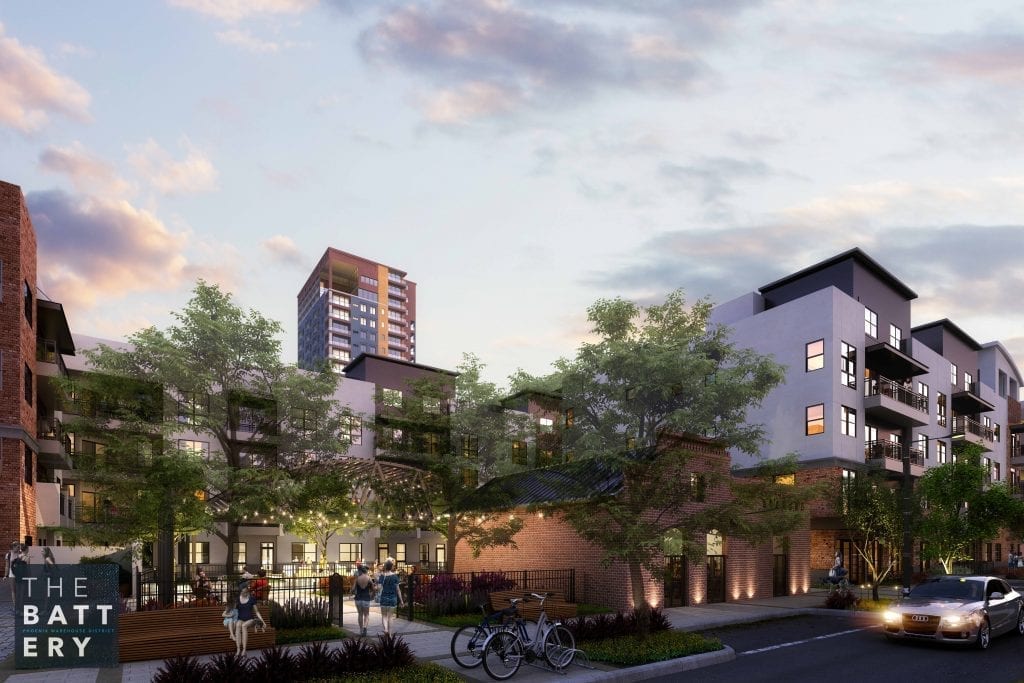 Two historic structures were saved and incorporated into the final design of The Battery apartments: Arvizu’s El Fresnal Grocery Store (1900) and Gerardo’s Building (1928). Both will serve as ground-floor retail. (Rendering courtesy of: CREDE Construction Advisory)

The Battery will have studio, one- and two-bedroom units ranging from 540-1,364 square feet, just steps away from Chase Field and the arena. There are four rooftop penthouses overlooking the pool and amenity space, in addition to some loft-style units, complete with spiral staircases.

Gould Evans, which is also located in the Warehouse District (just right across the street), designed the interior spaces in-line with the historic character of the area — exposed brick, concrete floors, slab countertops, wooden warehouse-style trusses and large, open-air environments.

Councilmember Carlos Garcia, who represents District 8 which encompasses the Warehouse District, said he supports this project and all the growth happening in the area.

“Kevin’s been thinking about this for almost a decade, so it’s good to see someone like that invest in Downtown Phoenix, start a process, and continue pushing until he was able to get done,” he said.

Once blighted by empty lots, broken sidewalks and dilapidated warehouses, the area just south of the Union Pacific Railroad has experienced a resurgence in recent years. Thanks to investments from the City of Phoenix in better infrastructure and stewardship by the Phoenix Warehouse District Council, there’s been an influx of tech and creative companies, and a spate of redevelopment projects bringing old buildings back to life.

According to a 2018 report by the New York Times, 110 new businesses have moved in during the last five years, and that number is expected to double in three years.