History of St. Vincent de Paul: Serving Those In-Need Since 1946 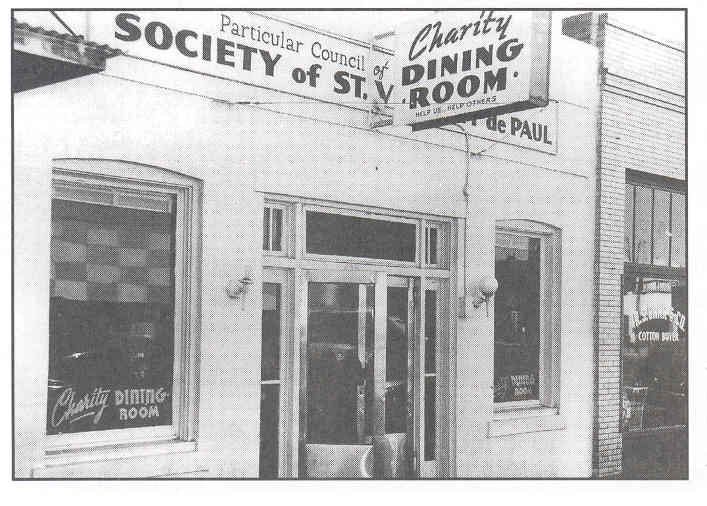 The Society of St. Vincent De Paul (SVdP) is a unique, charitable Catholic organization that has very few limits on what it will do to help the poor and those who are in need of assistance.

Named after the patron saint of charitable societies, St. Vincent de Paul (1501-1660) was a French Catholic priest who dedicated himself to serving the poor. The organization was founded by Fredrick Ozanam (1813-1853), and based on the concept of providing direct assistance to those in-need. It quickly spread throughout the world, and today operates in 150 countries across the globe.

SVdP provides charitable assistance to all people regardless of race, religion, origin or gender, with a stated mission of encouraging spirituality, fellowship, serving those in-need and providing opportunities for others to serve.

The first Society of St. Vincent de Paul in the United States was established in St. Louis, Mo. in 1845, just 12 years after its initial formation in France. St. Louis remains the national headquarters today.

In 1946, SVdP came to Phoenix, and began its ministry at St. Mary’s Basilica. Several church parishioners came together to form a “Conference,” which is a group of volunteers (known as Vincentians) based in a local Catholic parish – although some Conferences are based in schools, universities, community centers, etc. Conference volunteers are the basic unit of the Society — they are the front-line warriors that provide face-to-face contact with those in need of assistance. 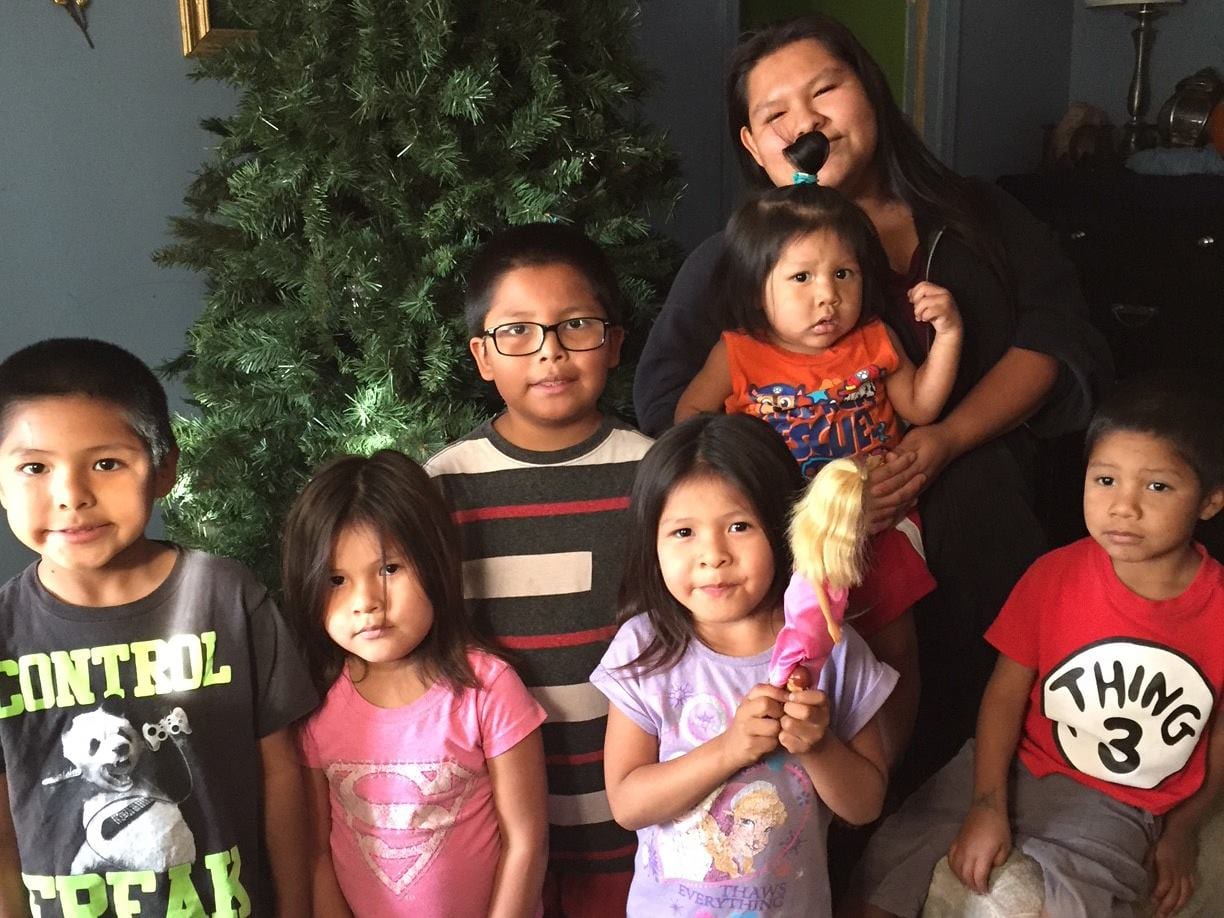 One of the many families receiving assistance through St. Vincent De Paul. (Photo: Frank M. Barrios)

In the 1940s, there was extreme poverty in Phoenix, ranging from families living in squalor to large numbers of individuals experiencing homelessness. To better serve those in-need, parishioners from St. Agnes and St. Francis Xavier Catholic churches joined with St. Mary’s in 1949 to create a Phoenix Diocesan “Council.” In the Phoenix Society of St. Vincent de Paul, Conferences join together in a region to form a District, and the Districts come together to form a larger Council.

In 1969, the Society officially invited women to join.

Today in the Phoenix Council, there are 12 Districts encompassing seven counties and 38 cities. SVdP is found in 81 of the total 91 Catholic parishes within the Phoenix Diocese, and has over 3,000 members. 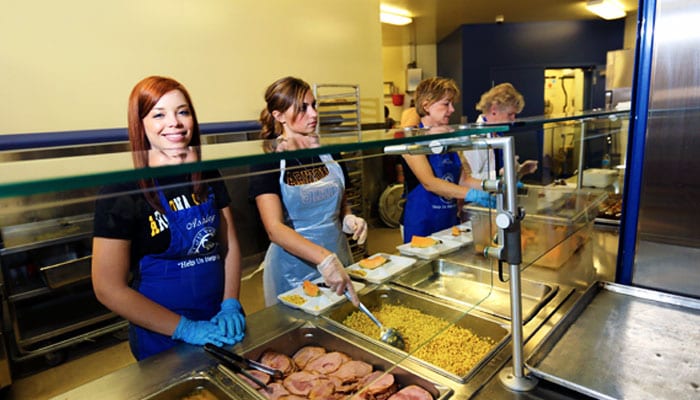 Located on the Human Services Campus in Downtown Phoenix, the Phoenix Dining Room serves hot meals to those in need. Between the main and satellite campuses, SVdP serves more than 4,500 meals per day. (Photo: Society of St. Vincent de Paul)

Many of the founders of the Phoenix Society were businessmen and knew the importance of creating financial stability, and putting structures in place to provide needed assistance.

The Society created a myriad of programs to assist the poor, which have been extraordinarily successful.

For example, in 1950 the Society leased a small building to begin a thrift store. Today, there are 16 thrift stores across Phoenix.

In 1952, the Society leased a small restaurant in Downtown Phoenix called Johnny’s Restaurant,  and converted it into a charity dining room. Today, the Society operates five dining rooms, preparing 4,500 meals per day.

The Phoenix Society has continued to grow its efforts to meet the continuing expansion of poverty. In 1987, the Society dedicated a new Phoenix headquarters, and in 2019, it opened Ozanam Manor, which allowed for the expansion of its medical and dental clinics.

The Phoenix Society of St. Vincent de Paul started with just a few passionate individuals who wanted to put their faith into action, and today, it is the largest, most successful Society in the world.

About the author:
Frank M. Barrios is a Hispanic historian with deep family roots in Arizona. His entire working career has been in water resource management, including serving on the Central Arizona Project Board of Directors from 2003 to 2006. Since retiring, Mr. Barrios concentrated his efforts on Arizona history and community service, including serving as president of the Phoenix Society of St. Vincent de Paul Board of Directors from 2014 to 2017.