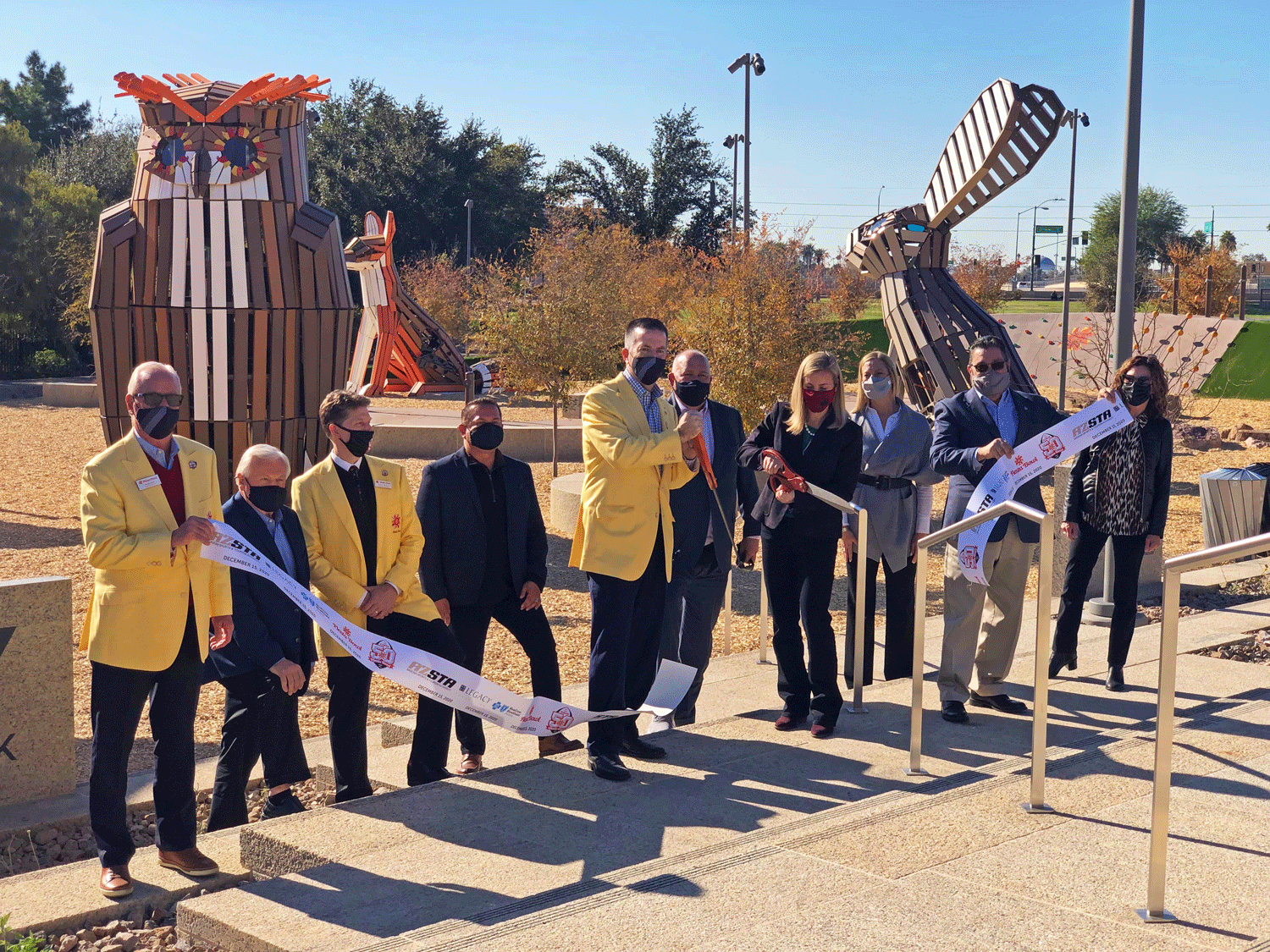 Featuring a massive sandbox, climbing wall, water feature and larger-than-life play creatures, the 20,000-square-foot, state-of-the-art playground area is geared toward families and people of all ages.

Now open from 6 a.m. to 10 p.m.​ daily on the west side of Margaret T. Hance Park in Downtown Phoenix, the goal is to create a multi-generational city asset that millions of Arizona residents and visitors can enjoy.

“Through this process, we discovered we don’t really have that regional gathering place — and that’s what Hance Park can be and will be,” said Devney Preuss, president and CEO of Downtown Phoenix Inc. “It will be a crown jewel that’s been a hidden jewel for so many years.”

Phoenix Community Alliance (an affiliate of Downtown Phoenix Inc.) and the Hance Park Conservancy, in collaboration with the Phoenix Parks and Recreation Department, are leading fundraising efforts for the park, and will have “sponsor-able elements” to unveil very soon, according to Preuss.

“Our games are our bloodline, but our community is our heart and soul,” said Jose Moreno, chief marketing officer for the Fiesta Bowl organization. “As a parent myself, I’m excited to show this park to my child and future generations as an example of what communities can do when they come together.”

The grand opening of PLAY comes in conjunction with the Fiesta Bowl’s 50th anniversary, making it a legacy project for the organization. In addition to the Fiesta’s Bowl’s commitment, other PLAY funders include the Arizona Sports and Tourism Authority, BHHS Legacy Foundation and Blue Cross Blue Shield of Arizona.

Construction of the new $8.6 million playground will be followed by other projects outlined in “phase one” of the park’s revitalization plan totaling $45 million. Other phase one projects include an interactive water feature, restaurant, shade structures, tree groves, gardens and more.

During Tuesday’s ribbon cutting ceremony, City of Phoenix Mayor Kate Gallego spoke of the importance of the 32.5-acre park as an anchor for new downtown development – and as a much-needed investment in future generations.

“This particular investment comes at such an important time,” she said. “Construction here and elsewhere has continued, and at a higher pace than many other cities. We’re the only top-10 metro that has seen an increase in construction — the result is not only this spectacular park, but more than a dozen cranes that you can now see over the downtown skyline.”

In addition to actively raising funds for the rest of phase one, Devney Preuss said the Hance Park Partner Coalition is also focusing on bringing in strategic partners to help Hance become a future “smart park.”

“When we talk about Phoenix being a 21st Century city, we have a real opportunity here,” she said. “I’m excited to use technology and innovation to help solve some of the park’s biggest challenges in terms of water, energy-use, efficiency, education and even safety.”