Released Sept. 8, 1960, the opening scene of Alfred Hitchcock’s “Psycho” features the Phoenix skyline, along with the words “December 11.” (Photo: Medium)

“Psycho Day” on December 11 is a unique Phoenix tradition that honors the city’s connection to the Alfred Hitchcock movie, Psycho. Both the date and Phoenix are featured in the movie’s opening, as the camera pans the city’s mid-century skyline.

But why did Hitchcock open this thrilling flick — that broke boundaries for violence, deviant behavior, and sexuality — in this sunny Arizona city? Let’s examine Downtown Phoenix’s connection to the film and offer a possible hypothesis.

Alfred Hitchcock during the filming of Psycho. (Photo: Getty Images)

After the opening credits, Psycho begins with its title dissolving into the city’s skyscrapers, with Camelback Mountain visible in the distance. The camera focuses on the Bank of Douglas (under construction), the Security Building and the Hotel San Carlos, then slowly pans south to the Professional Building, the Hotel Adams, and a building with a tall radio antenna affixed to its roof.

Finally, the lens focuses through an open window on the fourth floor of the Jefferson Hotel, where actress Janet Leigh and her boyfriend conclude a clandestine lunchtime rendezvous. 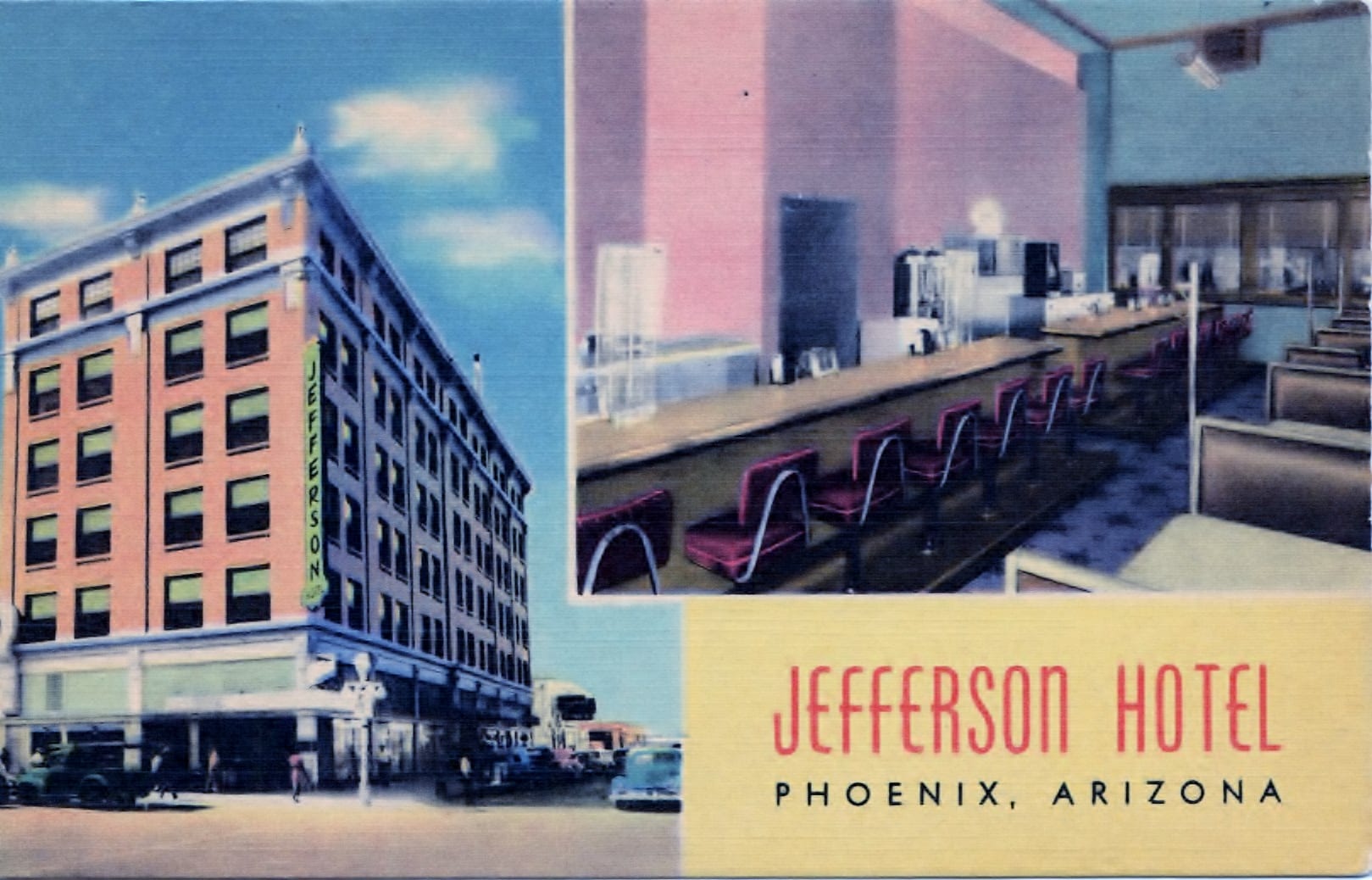 The film’s plot involves a secretary, played by Leigh, who embezzles money from her Phoenix employer and flees to a distant motel operated by Norman Bates, portrayed by actor Anthony Perkins. Leigh’s character’s subsequent gruesome murder in the motel shower is one of the most memorable scenes in cinema history.

Many changes have taken place in Downtown Phoenix since the filming of Psycho, but fans of the movie will find that many of the buildings captured in the flick are still around. Some changes have confused movie buffs, however. 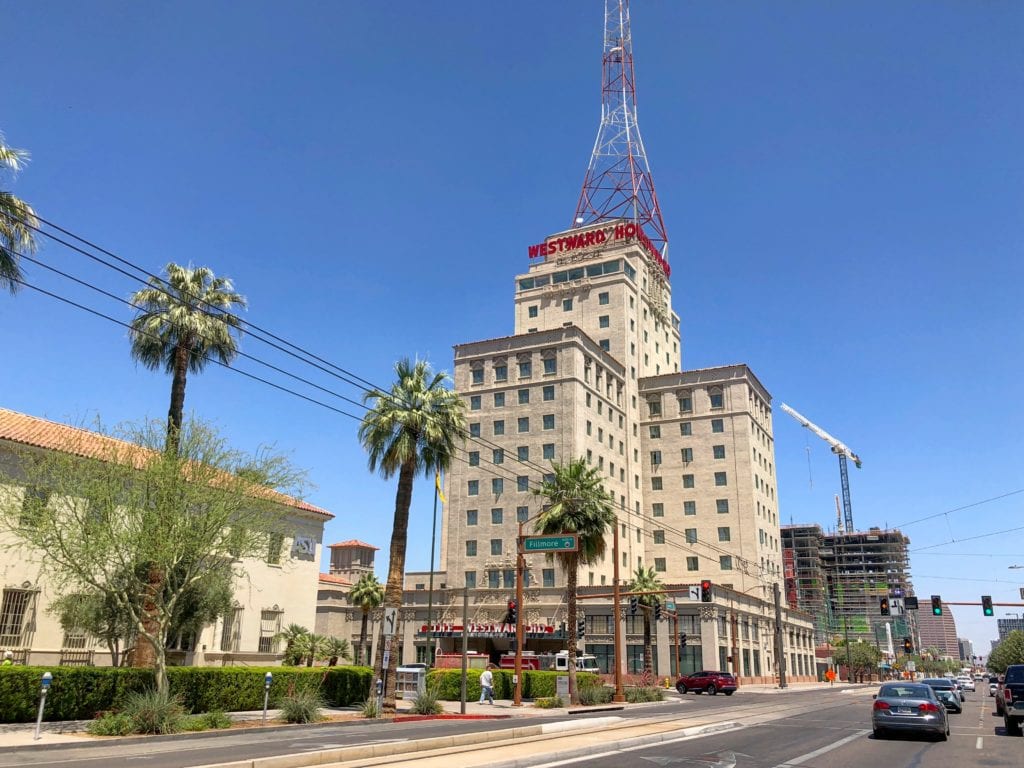 The building with the distinctive rooftop antennae is not the Westward Ho — the former luxurious hotel that opened in 1928 and now offers subsidized housing for the elderly. The Westward Ho does not appear in Psycho…unless, of course, you count Gus Van Sant’s 2002 remake of the movie starring Anne Heche and Vince Vaughn.

The distinctive radio tower featured in Hitchcock’s classic was on the Heard Building, Phoenix’s first “skyscraper,” which opened in 1920. A massive KTAR radio tower capped the seven-story building in 1930. The tower was blown over by wind in 1954, rebuilt, and removed sometime after the filming of Psycho.

Even Hitchcock himself might’ve mistaken the antennae-topped buildings for one another, since he was not on site for filming in Phoenix. Hitchcock shot Psycho at Universal Studios in Hollywood and filmed Leigh’s footage driving from Phoenix on California Highway 99 between Bakersfield and Fresno.

So why did Hitchcock bother to open Psycho in Phoenix?

“Phoenix seems to be a place where a director can stage a great murder, explosion or other crime,” said Steve Weiss, executive director of No Festival Required. “Maybe it’s because we have such nice weather, or that it’s always that great contradiction of wonderful weather and tragic outcome. From Psycho to The Getaway (the remake) to David Lynch’s TV drama, Hidden Palms, we’re the go-to place for bad people doing bad things.”

About the author: Freelance writer, photographer, historian, hydrologist and artist — Douglas C. Towne once create an homage to the city’s role in Alfred Hitchcock’s “Psycho.” Titled “The Inspiration for Short Showers: Phoenix’s Link to Water Conservation,” the exhibit opened at The Trunk Space, a Downtown Phoenix art gallery and performance venue, in 2011. He and his wife, Maureen Towne, artistically-recreated the movie’s iconic shower scene for the show’s grand opening. See below.