Update on renovations of the 1922 Ellis Building in Downtown Phoenix 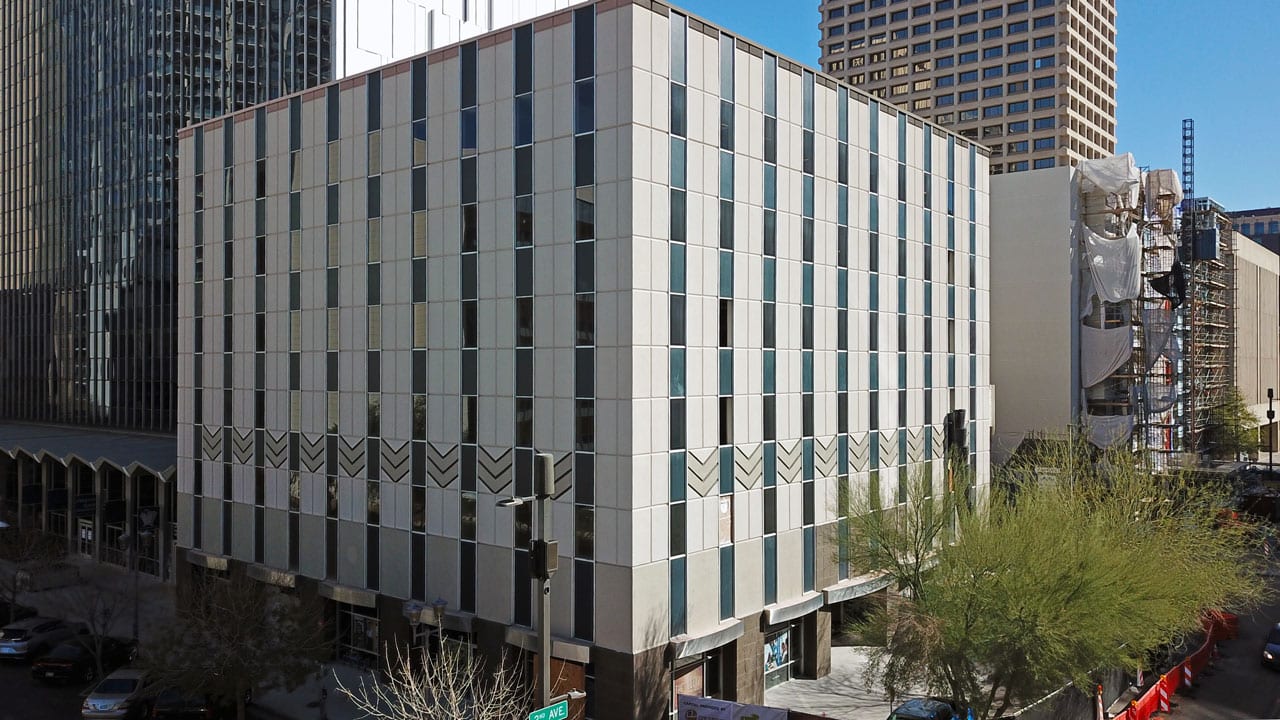 Prior to its purchase in 2019 by Equus Group Inc. for $2.25 million, the Ellis Building at 135 N. Second Avenue was owned by the City of Phoenix and housed the Human Resources Department for two decades. (Photo: Fara Illich)

Hidden beneath the stone façade of a nondescript building on the corner of Second Avenue and Monroe Street, lies a 1922 historic gem exuding Art Deco charm.

While not much change is evident on the outside, at least not yet, a world of change is taking place on the inside of the Ellis Building.

Purchased in April 2019 by Equus Group Inc., the developer behind Urban Yoga and One Lexington in midtown, the Ellis Building will have a focus on sustainability, wellness and healthy-lifestyle concepts, according to Douglas Edgelow, president of Equus Group.

“I think it’s important to leave a legacy and do things for the community that are more than just making money,” Edgelow said. “Plus I think it’s a travesty when historic buildings in Phoenix are demolished to make way for something that has little permanence or respect for the community.” 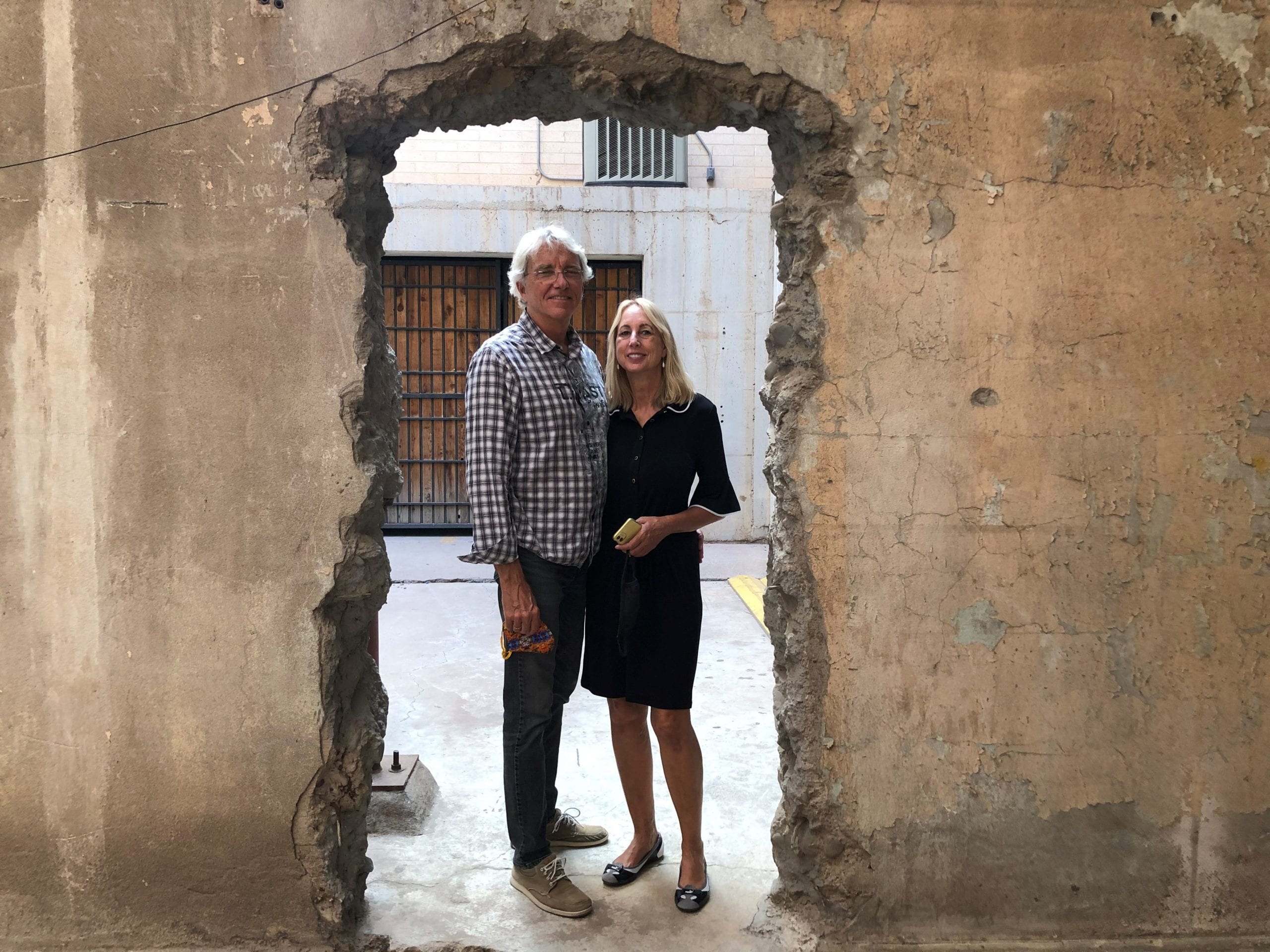 Doug and Patty Edgelow of Equus Group, pictured in the courtyard of the basement speakeasy, currently under construction at the Ellis Building. (Photo: Fara Illich)

The modern exterior façade was added in 1962, covering much of the original Art Deco detailing underneath, and it proved difficult to remove, according to Edgelow. But there are lots of historic details to discover on the inside.

The $10 million renovation included uncovering old windows to add light on the ground floor, opening covered-up skylights in the basement, refinishing the original stone floors, exposing the ceilings for a modern-industrial feel, and refurbishing elevators and old mail drops.

In all, the seven-floor, mixed-use building will incorporate office, residential, a basement speakeasy, ground-floor restaurants and a daycare. 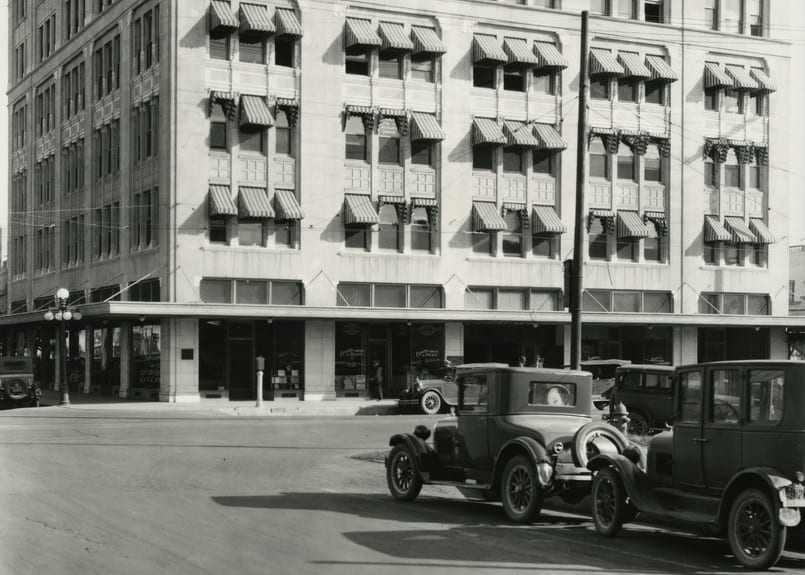 Constructed in 1922, the Ellis Building was considered modern at the time with its four stories and elevator. In 1928, two additional floors were added. (Photo: McCulloch Brothers / Arizona State University Libraries: Arizona Collection)

In the coming weeks and months, Edgelow said he hopes to secure vendors for a ground-floor food hall concept. The idea incorporates stationary vintage food trucks featuring a juice cart, bar and vegetarian options. Whiz Kids Playland, a daycare concept focusing on infants and toddlers, will also share the ground-floor space opposite the lobby.

The sixth floor is a modern co-working space, and the second floor will be a second Urban Wellness location (a sister company to Urban Yoga), which Edgelow also owns with his wife Patty. Those suites are now available.

In terms of residential, an 81-room co-living concept called Common out of New York will occupy the third through fifth floors, offering private bedrooms with premium shared suites and amenities.

“It’s all about community, a sense of purpose and well-being,” Edgelow said.

The sixth floor co-working space is already complete, with ongoing renovations to the rest of the building continuing through the end of the year.