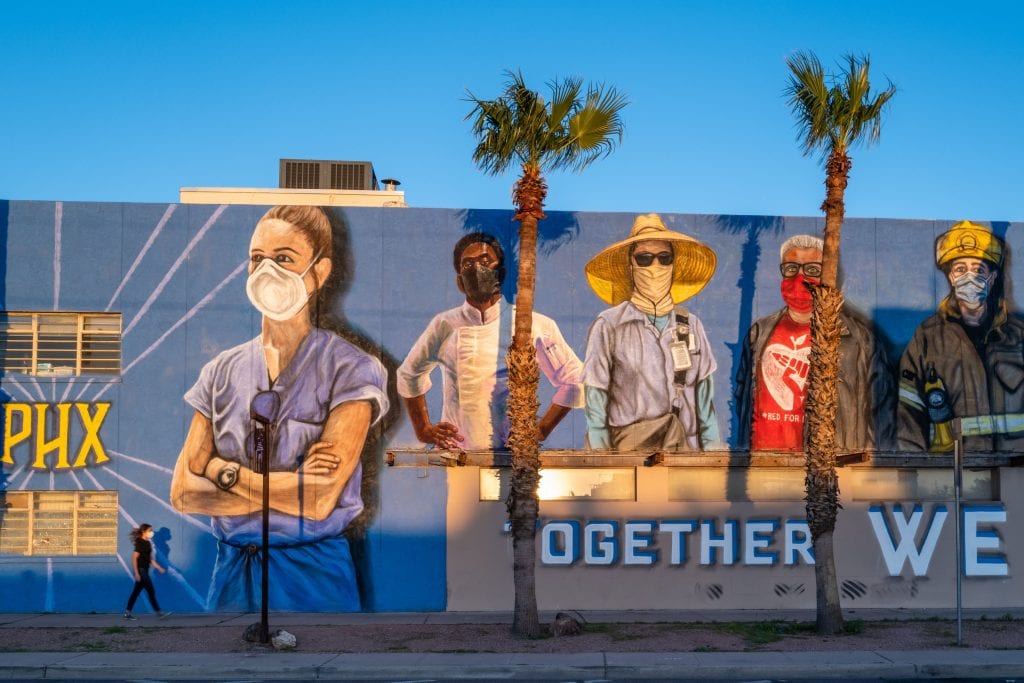 In spring 2020, Phoenix artist Hugo Medina approached Downtown Phoenix Inc. looking to create a mural that would provide inspiration and a strong message during a difficult time.

“I kept seeing the news of what all the healthcare workers and frontline workers were going through and I wanted to do something,” Medina said.

As they began to strategize where the mural would be hosted and what the mural would depict, one image emerged as the physical form of the sentiment many were all feeling at the time.

On April 20, 2020, as the COVID-19 pandemic was engulfing the nation and the world and hospitals were being overrun with the sick, “Patriots Rally” protestors gathered at the Arizona State Capitol calling for Gov. Doug Ducey to reopen the state’s economy.

A band of healthcare workers — mask-clad and dressed in scrubs — rushed to the Capitol to support their industry. Posture strong, with hands on their waist, workers stood statuesque in silence and stared down the protestors.

Lauren Leander, an ICU nurse at Banner Health, was featured in many news images and stories from that day.

“When I saw Leander’s image, I knew she would be the perfect centerpiece of a mural that honors frontline workers and also urges our communities to “mask up” and help keep each other safe,” Downtown Phoenix Inc. CMO R.J. Price said.

After months of searching for the right canvas to depict the mural, the team finally landed on Ace Uniforms on 15th Street and McDowell Road — a business that serves many of the frontline workers that would be depicted in Medina’s art. 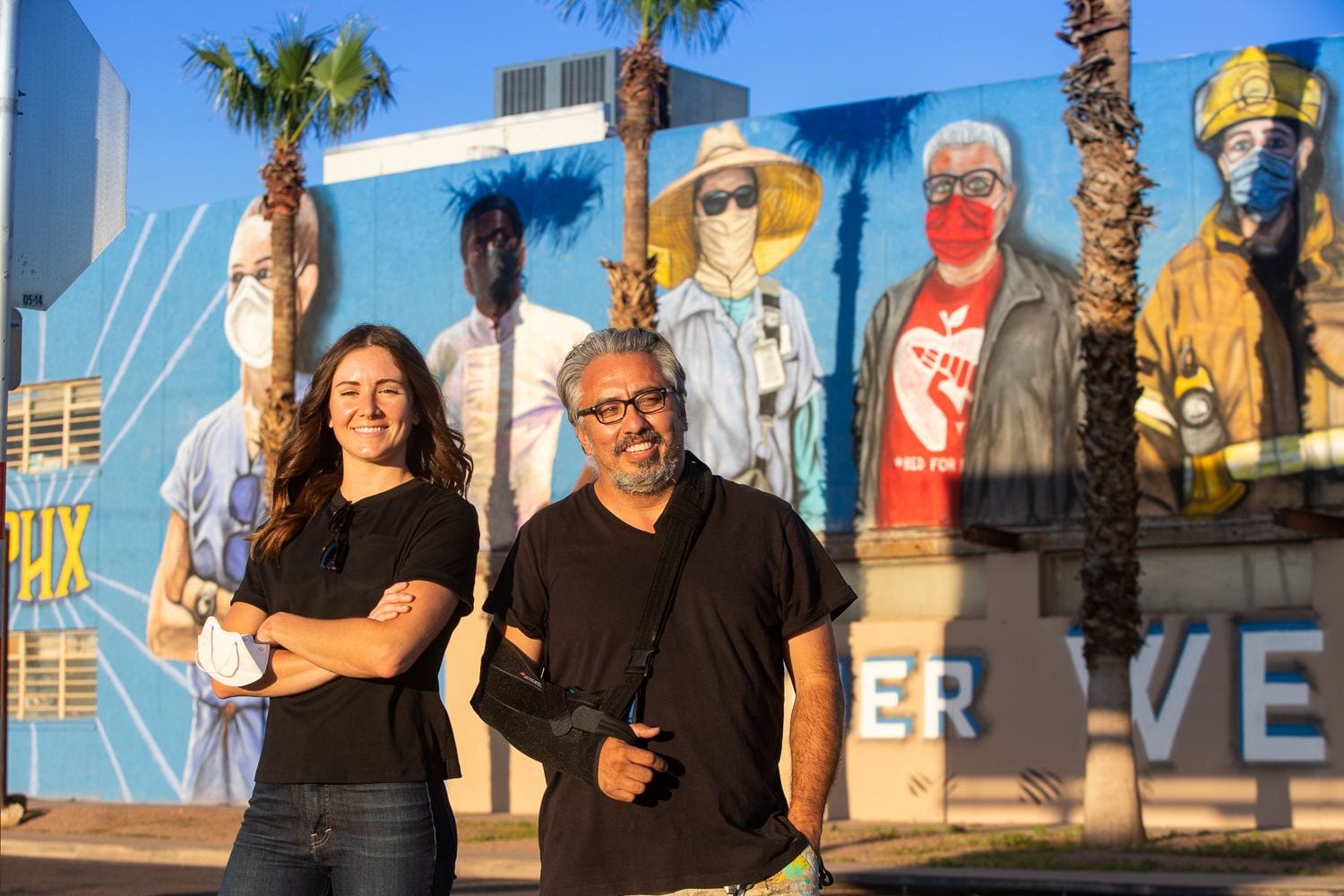 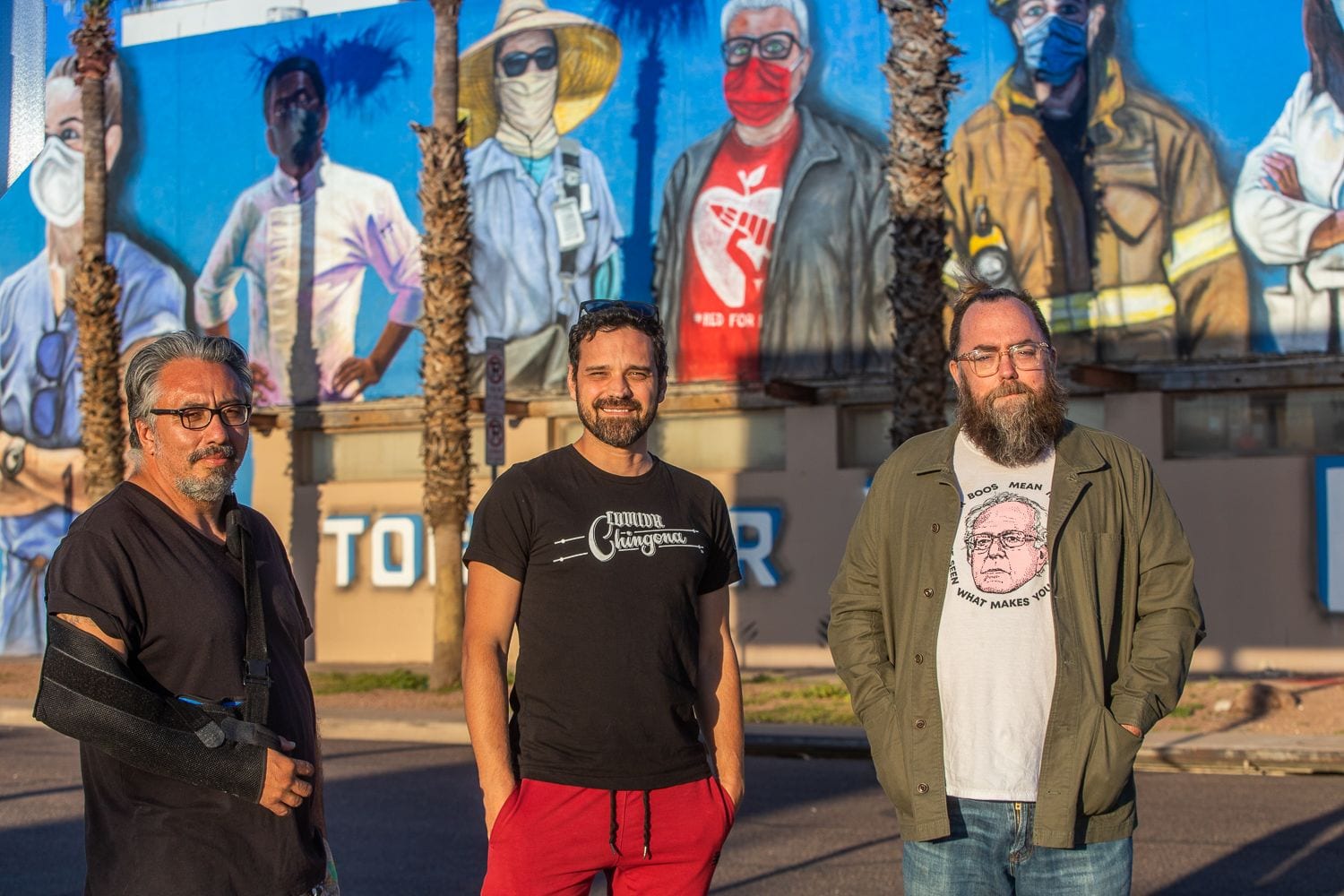 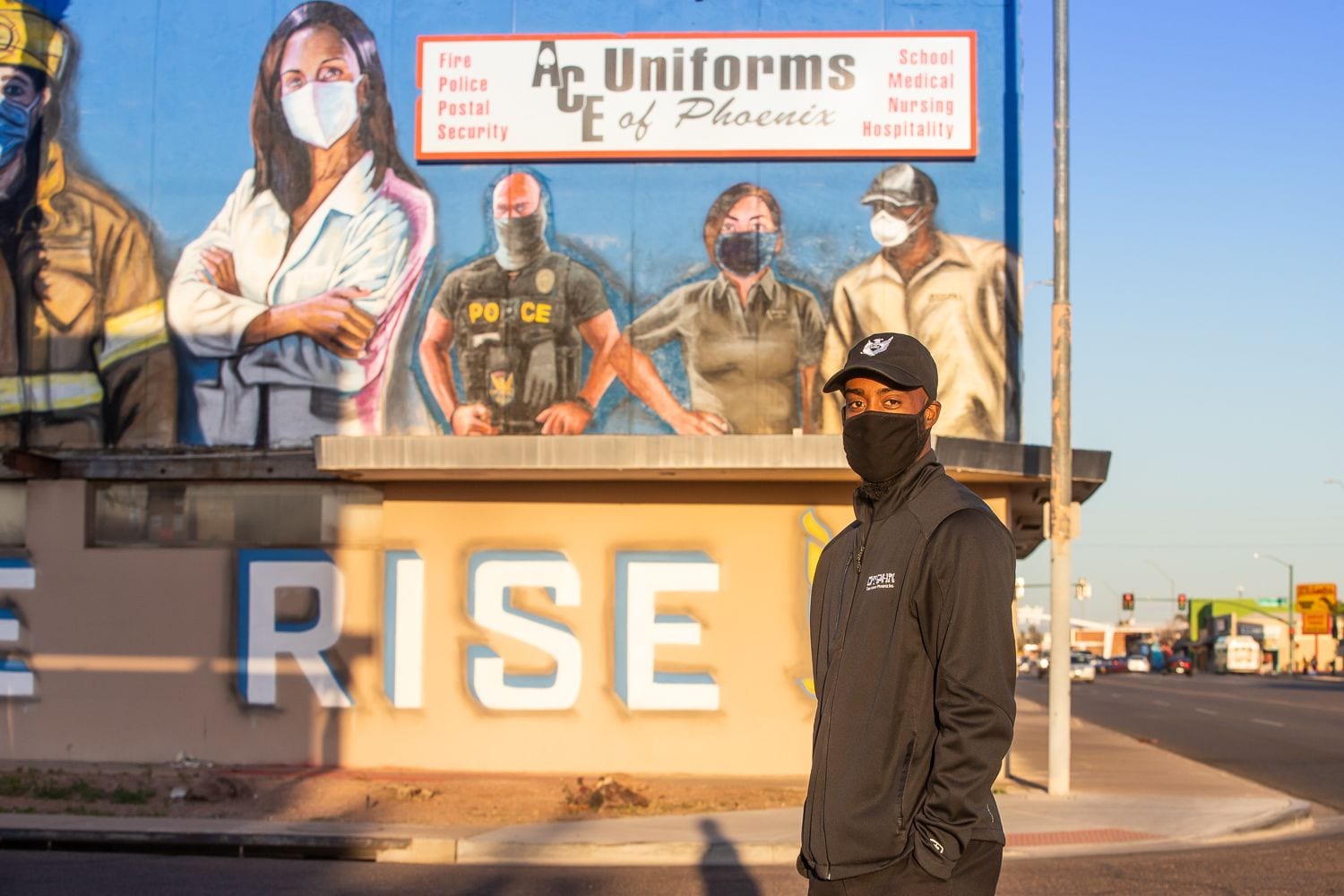 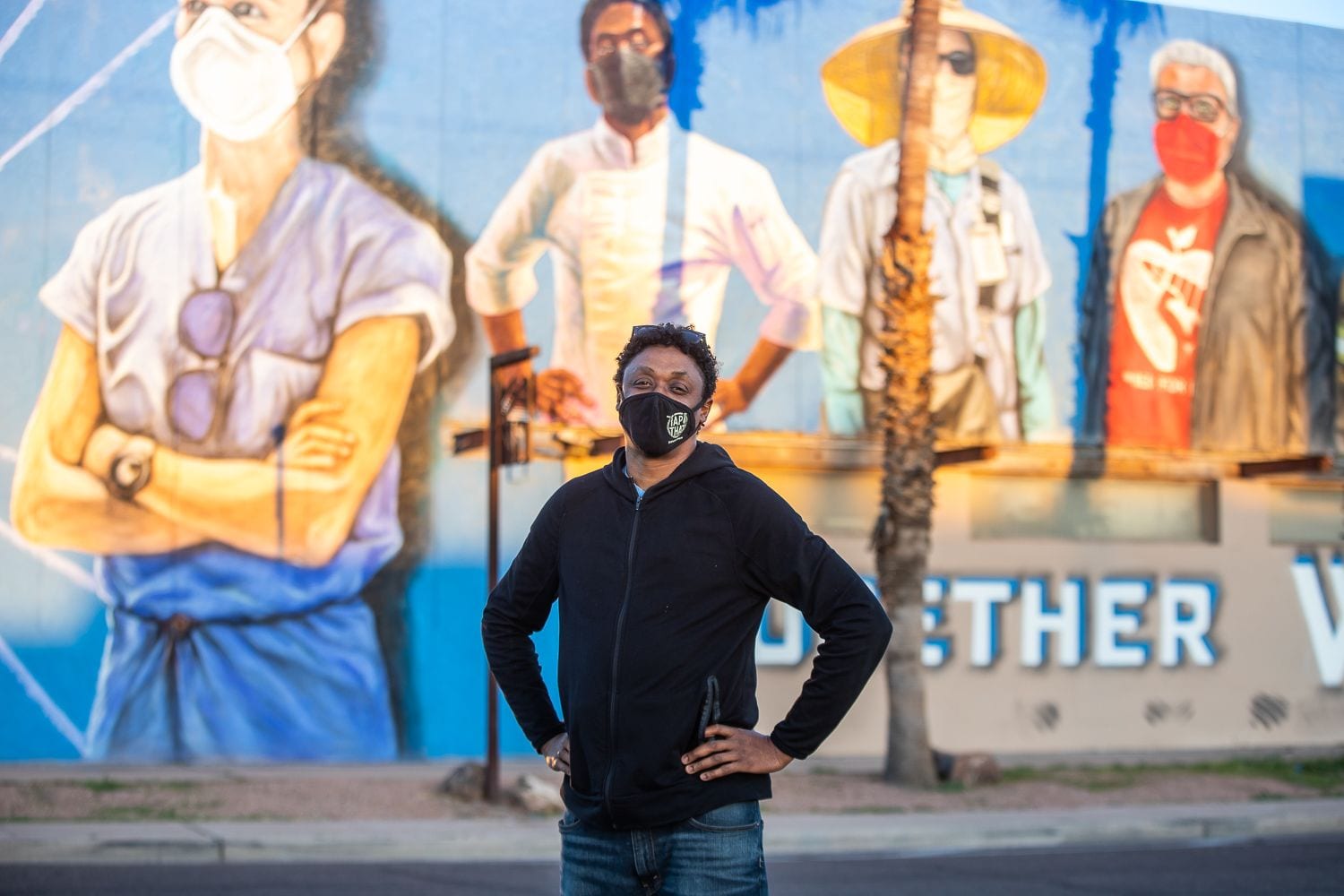 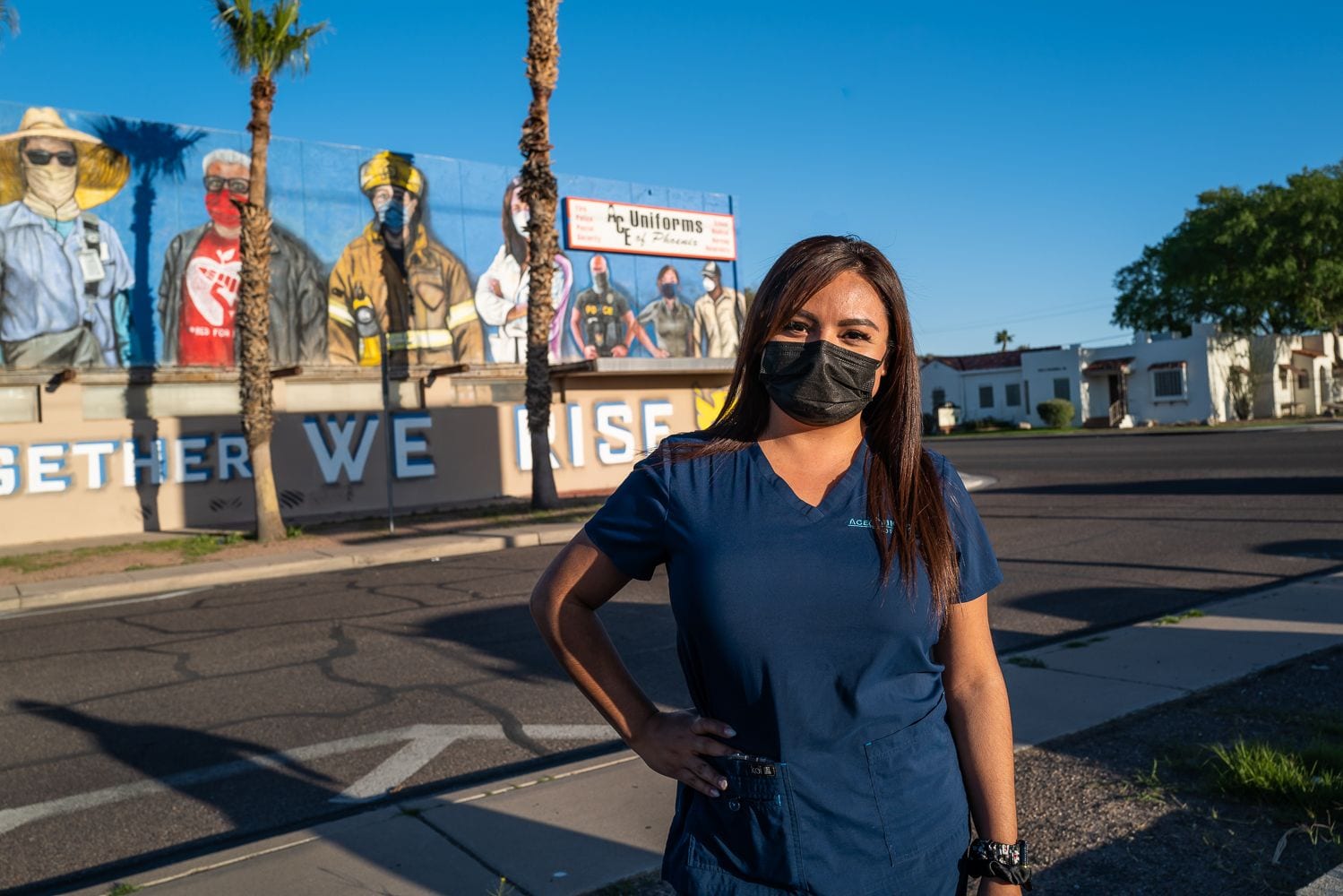 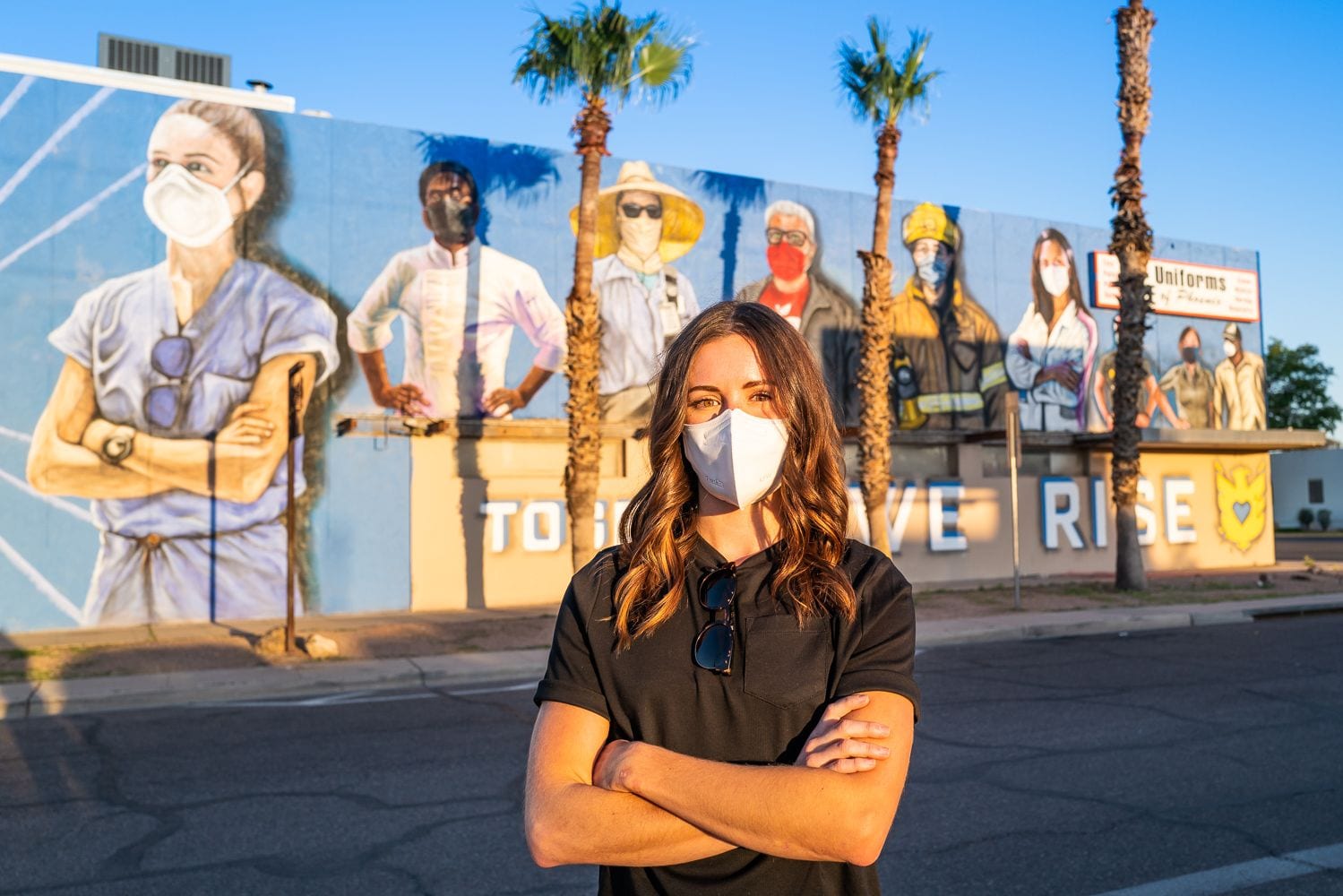 Medina began work on the Together We Rise mural in December 2020. In mid-February 2021 Medina injured his arm while painting the mural and local artists Chris Vena and Darrin Armijo-Wardle pitched in to help him finish it.

“I hope every nurse, every healthcare worker, every essential worker, will recognize themself in this mural,” Leander said. “I hope every time they drive past this piece of art they are deeply reminded that they are part of the frontline, part of the reason, that Phoenix will rise from its ashes.”

And, don’t forget to tag us @downtownphoenix and use #TogetherWeRise in your posts thanking frontline workers!