Phoenix Forge: A Community Makerspace Created for Everyone 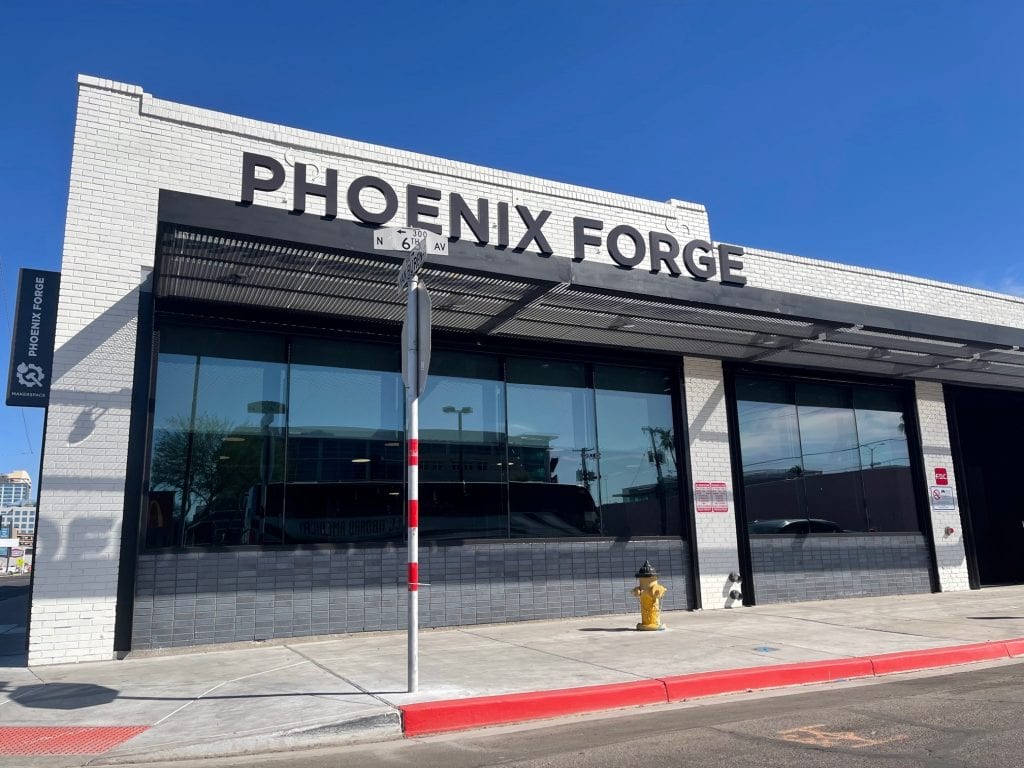 Known as the Stauffer building, Phoenix Forge is a renovated 1929 warehouse building that once served as a community grocery and paint supply store. (Photo: Fara Illich)

What if I told you that your greatest idea for the next biggest thing since the Square card reader was more attainable to create than ever before? Would you dream it, design it, make it and fearlessly forge ahead?

Behind a new sleek fa√ßade are collaborative work spaces designed for making, learning, exploring and sharing… and it’s made for everyone. Phoenix Forge, an actual phoenix of sorts in its own way, has risen, and this massive renovation project is now home to the largest arts and sciences makerspace in the Southwest. It’s highly anticipated debut inside a smartly-reimagined historic warehouse space in Downtown Phoenix is certainly worth the hype it exudes. 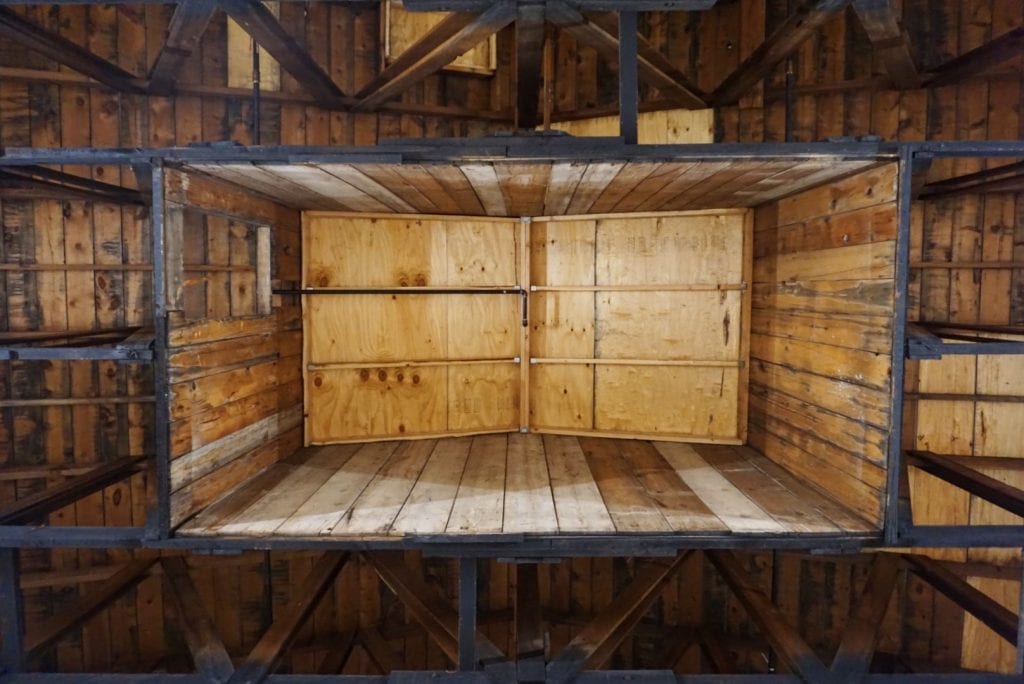 Repairs and reinforcements of the original warehouse ceiling inside of Phoenix Forge was just a fraction of the massive remodel performed. (Photo: Amanda Clark)

Known as the Stauffer building, this 1929 warehouse was primarily used as storage for the Maricopa Community College District prior to redevelopment. As the west side of downtown began to experience a development boom, Christine Mackay, director of Community and Economic Development for the City of Phoenix, had the idea of repurposing the idle space.

Seeing the potential of this diamond in the rough, GateWay Community College partnered with the City of Phoenix and Arizona State University to create the makerspace six years ago, and the project cost roughly $6 million to complete. Additional funding provided by the U.S. Economic Development Administration and Arizona Public Service (APS) helped push the project across the finish line.

Phoenix Forge is now poised and ready to attract creative minds from all proficiency levels and backgrounds. The new makerspace not only houses the necessary tools to take big ideas from design to creation, but it also serves as a learning hub and support system for those in the community seeking to develop skilled trades.

‚ÄúWorkforce development is the main goal,‚Äù said Kristin Gubser, director of external affairs for GateWay Community College. ‚ÄúPeople have to see it and touch it and feel it to see how all the dots connect. This is a nucleus, a place to get them involved and excited about things, and we can show them where these programs exists at various campuses to learn more.‚Äù

Whether you‚Äôre a beginner, looking to learn a new skill, or an experienced scientist, engineer or artisan ‚Äì there are three warehouse bays full of 3D printers, power tools, engravers, oscilloscopes, long-arm quilting machines and so much more. Want to build a table, reupholster a chair, prototype an invention or build a bicycle? You can learn and hone in all these skills alongside other creative minds. 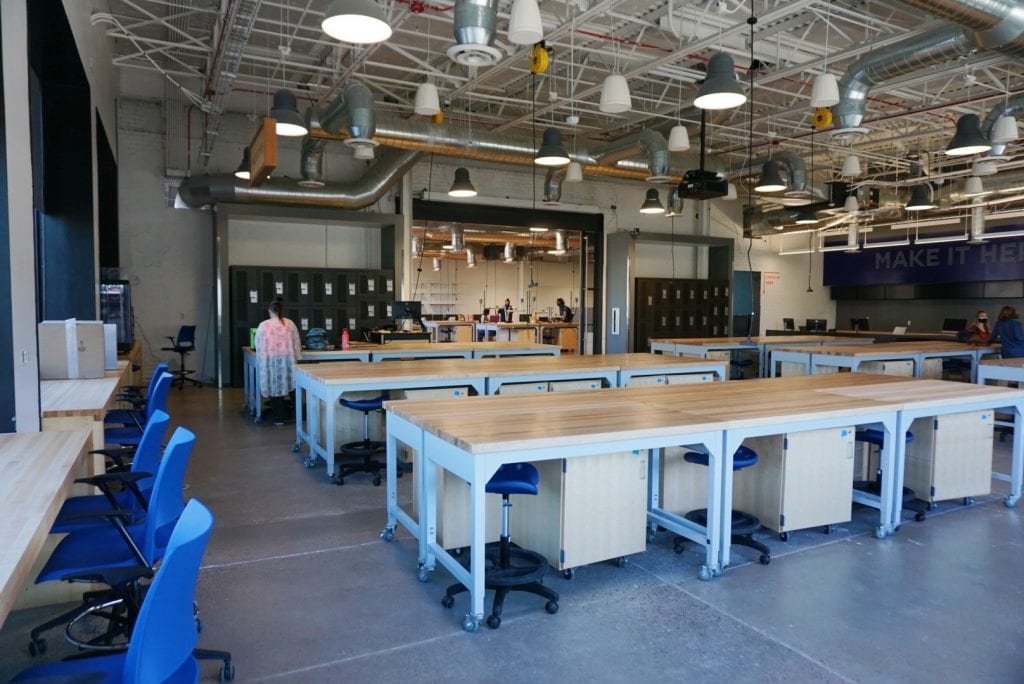 Once members are plugged into the resources offered at Phoenix Forge, the sky is the limit. There are degrees and certificates in industrial design technology, ironworking, carpentry and many other skilled trades available at GateWay‚Äôs various campuses across the valley.

Phoenix Forge opened earlier this year on Feb. 16, 2021 with public safety measures in place to help safely invite creators into the space by appointment only. It is open to the general public with free memberships available to ASU and GateWay students. They also offer affordable yearly and monthly memberships for non-student members.