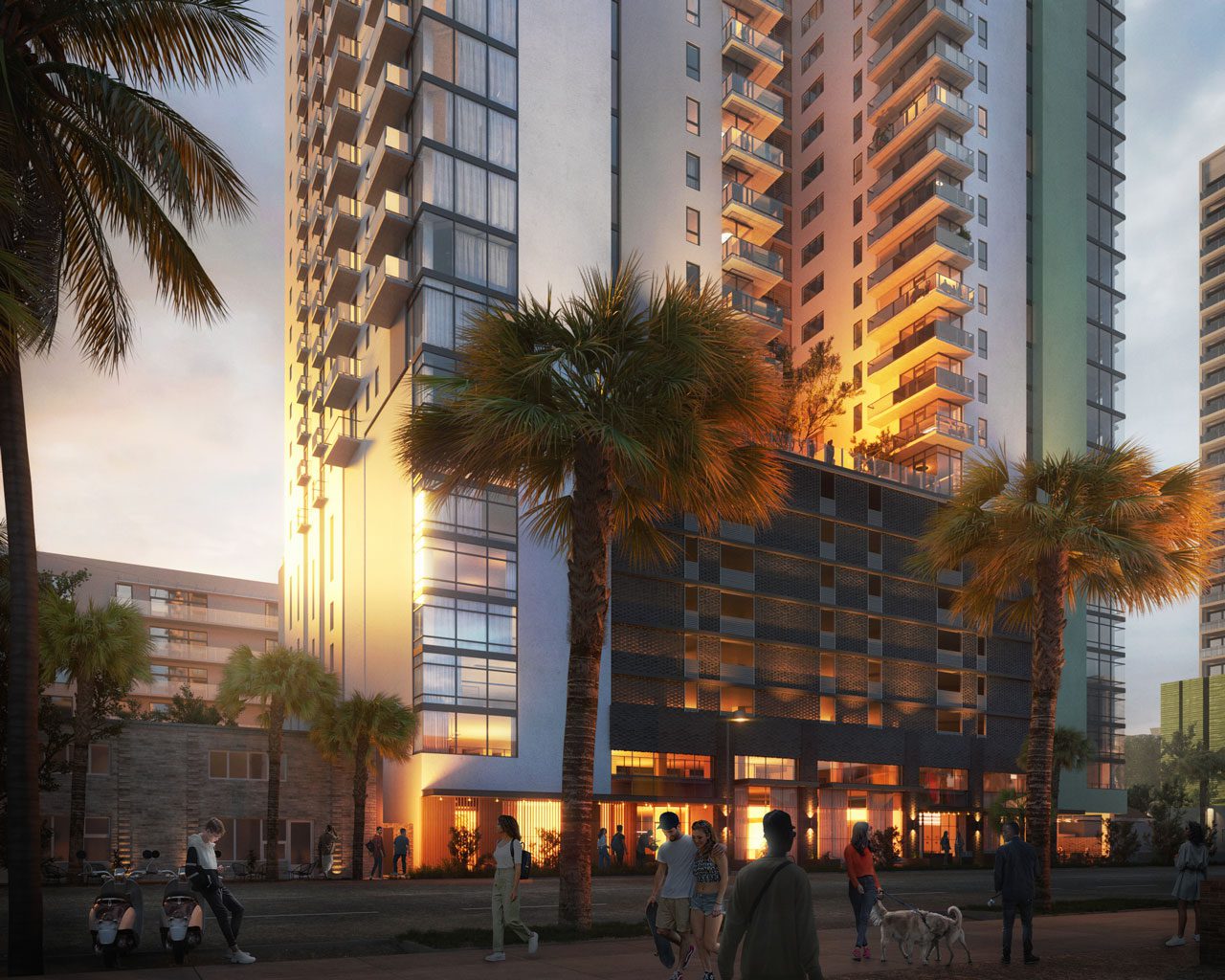 Lincoln Ventures bought the .63-acre parcel of land next to Lacuna Kava Bar for $5.4 million. The sellers were Wayne Rainey and Jason Merck. (Rendering: Lincoln Ventures)

Lincoln Ventures, an Austin-based housing developer, recently broke ground on a new 24-story, 326-unit project at 811 N. Third Street. Dubbed “Moontower PHX” on the developer’s website, the project has yet to be officially named.

Located on the southwest corner of Third and Garfield streets in the Evans Churchill neighborhood, the building will feature a ground-floor “coffee-to-cocktails concept,” coworking, conference rooms, secure bike parking and a dog run, according to a press release. On the rooftop, a pool, aqua lounge, grills and spa are planned.

“We are big believers in the Roosevelt Row Arts District and are very excited to bring a high-quality living environment into this exciting district,” said Brendan Morrow in the release. Morrow serves as chief development officer for Lincoln Ventures. “We are eager to partner with local artists on artwork and murals for the building, further weaving our building into the fabric of the district.”

The building will also have a fitness studio — including a yoga and meditation room, spin studio and saunas.

This is Lincoln Ventures’ first project in Phoenix, and is best known for its Austin developments including The Ruckus, Ruckus 2.0, Moontower and Waterloo.

The high rise at 811 N. Third Street is a partnership between Lincoln Ventures and Cross Harbor Capital Partners. JE Dunn is the general contractor, and Arvest Bank is providing the debt.