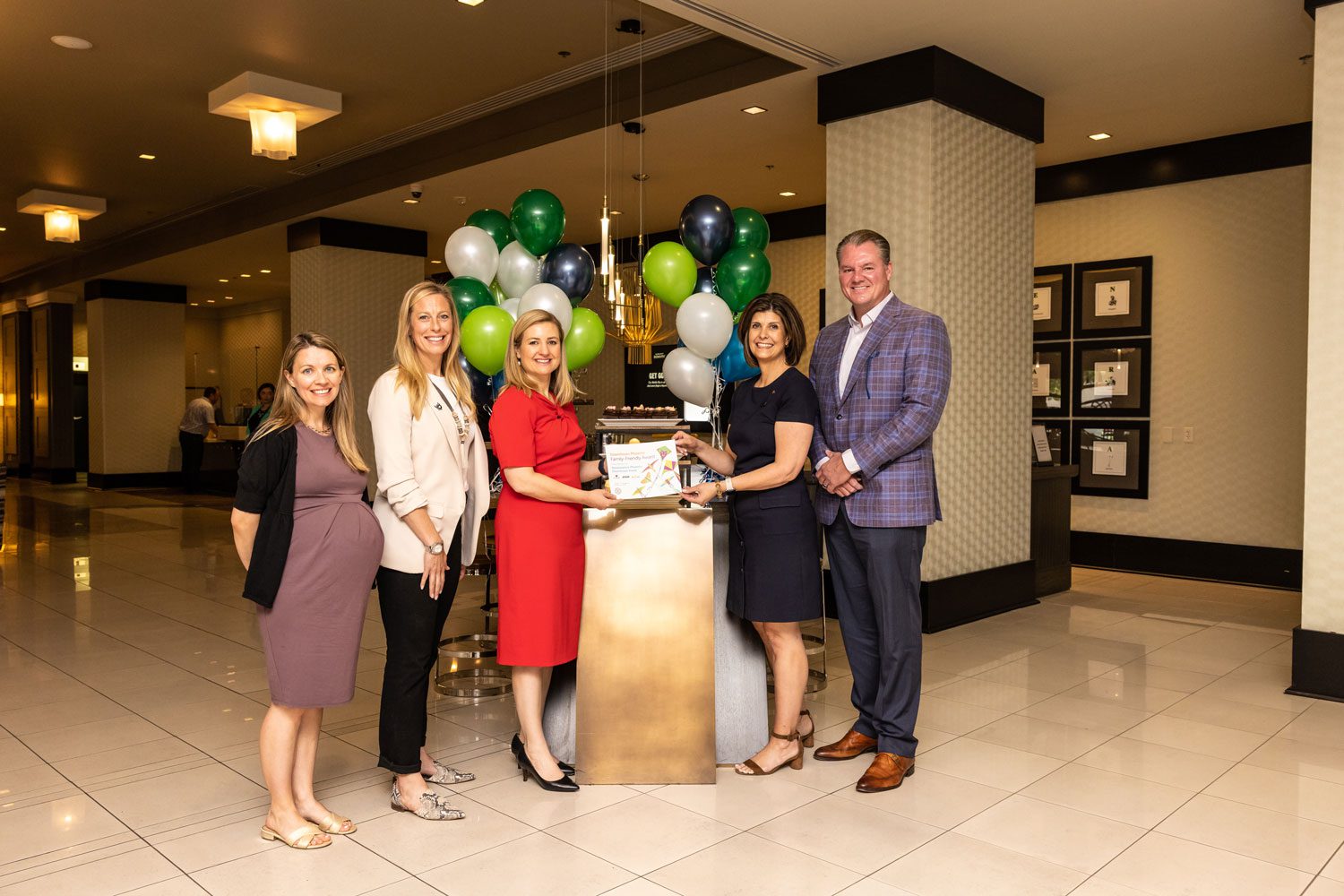 The award was recently developed by Downtown Phoenix Inc. to help make downtown a friendly urban center for working mothers, parents and children to visit and do business in.

“It is crucial that we create a downtown welcoming and inclusive for all age groups and for people in all stages of life. That’s how we foster a city center that is resilient, vibrant and strong,” said Sara Scoville-Weaver, business development director of Downtown Phoenix Inc.

The Renaissance Hotel was awarded the Family Friendly Hotel Award after creating a lactation room within the vicinity for expectant and nursing mothers. Affectionately called the Milk Den the room is open to the public.

“(Downtown Phoenix) is thriving with energy and excitement but nursing mothers need a retreat in order to provide for their children,” said Tracy Stoltz, General Manager at Renaissance Phoenix Downtown Hotel.

“As a mother myself, too often I found myself in a corner or in a crowd finding it difficult to nurse and impossible to have the option to pump.  We wanted to create the Milk Den where our employees and guests could take time to relax and focus on themselves in providing for their babies.” 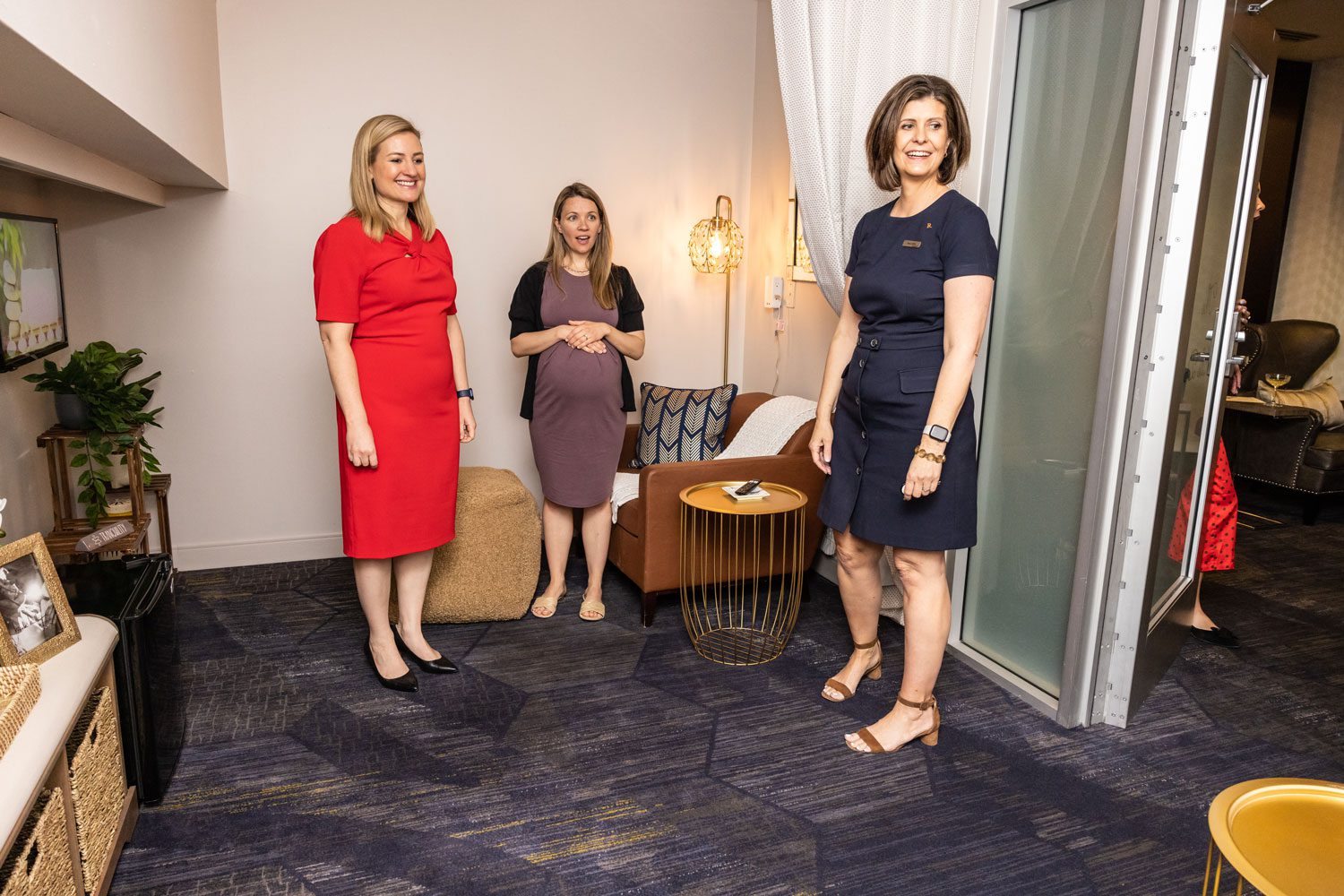 The idea for the award came to be when Scoville-Weaver couldn’t find a place to pump for her newborn son.

“After my son was born, one of my first meetings off-site was an all-day conference at a local hotel. I really struggled while I was there to effectively express milk for my son with no lactation room provided for attendees,” Scoville-Weaver said.

Struggling to find a cool and comfortable place, she realized many women who work or visit downtown hotels for conferences or meetings must face the same problem.

“I decided that we could do better and began to envision a type of program that would incentivize and recognize our wonderful downtown hotels for implementing more family-friendly initiatives at their locations,” Scoville-Weaver said.

To be qualified to win the award hotel partners must offer family-friendly amenities including:

“Upon learning of this award opportunity, the Renaissance immediately jumped on board. They were excited to tailor their offerings to be more family-friendly and have worked in a very community driven way to engage a local artist to design their new public lactation space,” Scoville-Weaver said.

In addition to the Milk Den the winning hotel also updated its restaurant menu at Dust Cutter with a children’s menu. 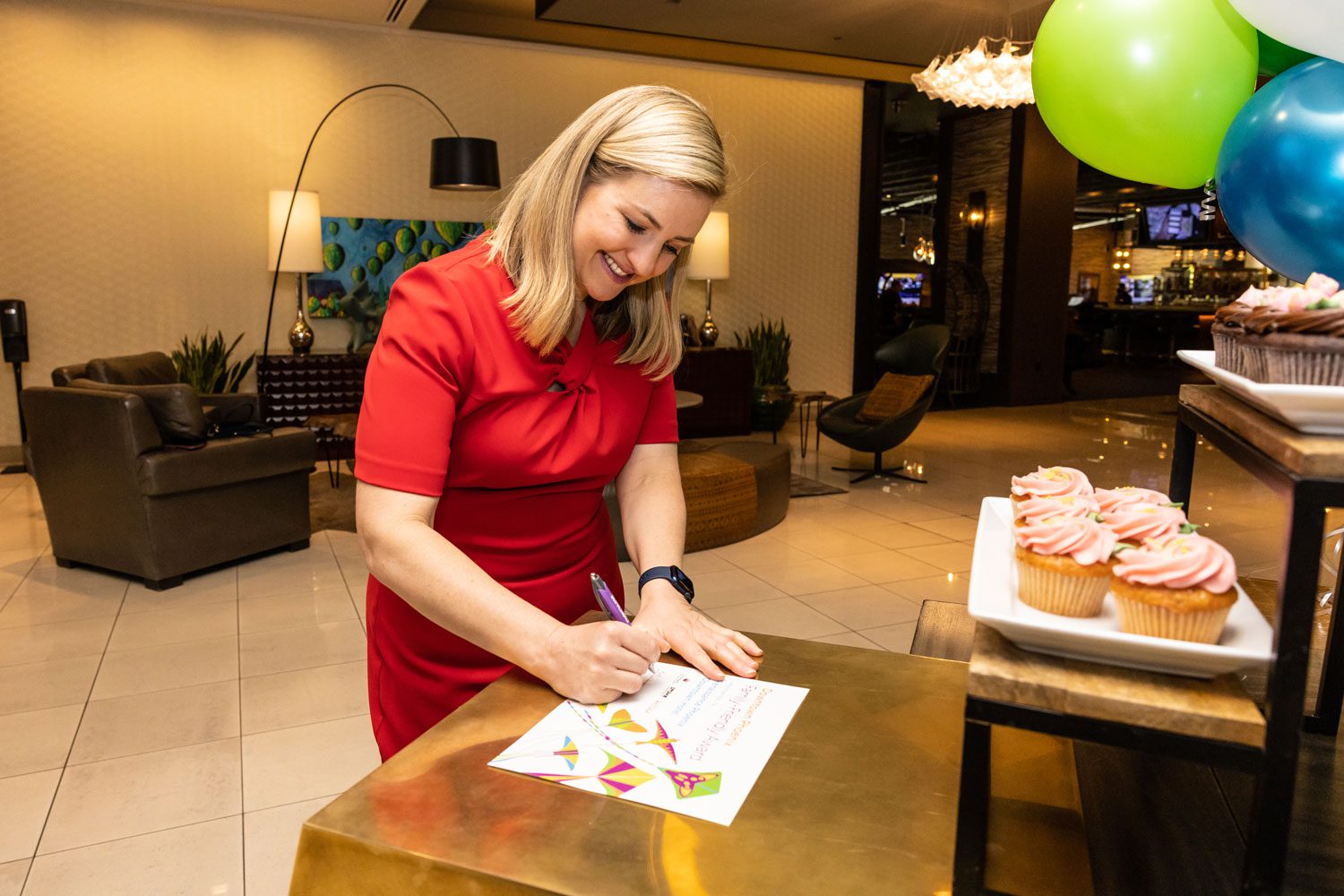 The Renaissance Hotel downtown is known for its several colorful murals on the inside and outside of the building, all painted by local artists. The Milk Den will also be home to a brand new mural painted by local muralist La Morena.

“We have made it a mission to support our local artists as well as share their stories with our guests and community.  It’s incredibly important that every location in our property invoke discovery and storytelling, so it was only fitting that we selected the incredibly talented artist, Lucinda Hinojos, to create a mural that allows our mothers to envelope themselves in her inspiration while caring for their families,” Stoltz said.

City of Phoenix Mayor Kate Gallego presented Renaissance Hotel the Family Friendly Hotel Award and said the mission of the program was something she also believes in.

“As a working mother of a toddler who is called on to travel, I can tell you anything a hotel property can do to make families and children feel more accepted and welcome goes a long way to a more enjoyable stay,” Gallego said.