Bit by bit, a place of literal community pride comes together.

At the entrance of Roosevelt Row, on the southwest corner of Seventh and Roosevelt streets, motorists and pedestrians observed a flurry of construction activity for more than a year. Road closures bottlenecked traffic to one lane as construction teams dug into the earth.

Then it became obvious what it was in service of: a towering wall of concrete block surrounding the perimeter on the corner. But passersby weren’t captivated by its building materials. Instead, a series of bold, colorful and illustrative murals by local artists wrapped around the façade caught the glances of turned heads.

This is the new APS electrical substation in the Evans Churchill neighborhood, not only contributing to increasing the reliability of power to the area, but doubling as a venue to illustrate the neighborhood’s history to residents and visitors alike – the first project of its kind for the area. 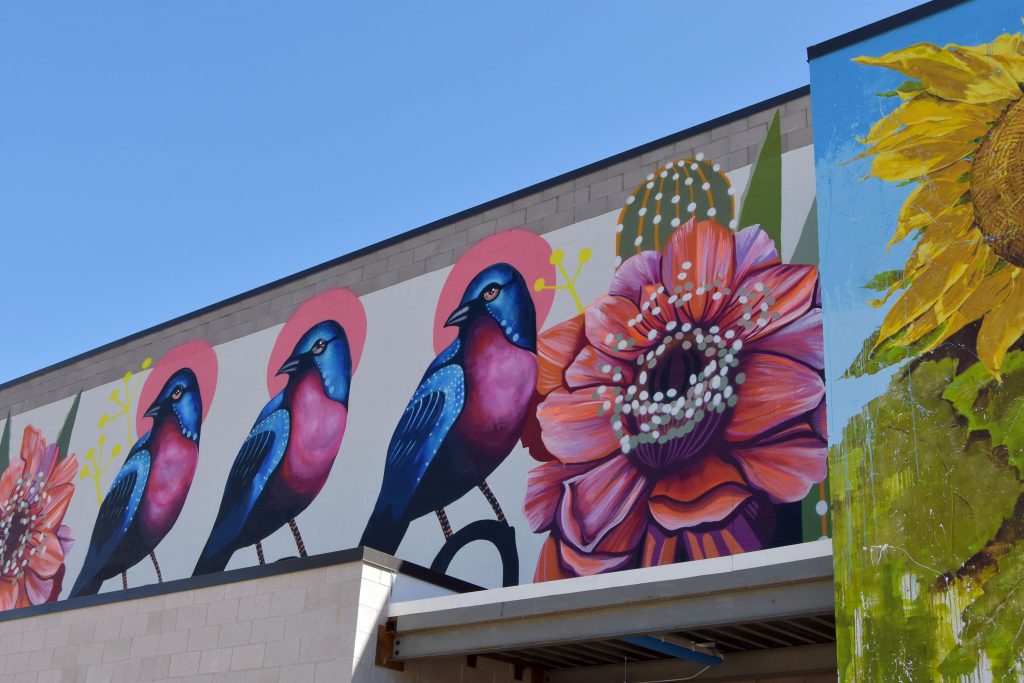 Yet when site selection began, consensus hadn’t been reached on how to creatively activate a public utility space beyond that simple utilitarian need.

“When I shared with the neighbors this is what it would look like, clearly we can take that money and make something much better. And they asked, “what did you have in mind?”” Trevor Barger said, the principal at Espiritu Loci, a Scottsdale development assistance firm, which acted as intermediary between the community and APS. “We could do artwork if nothing else and that began our conversation.”

To reach this moment of placemaking, Espiritu Loci underwent a glacial process of engaging the communities on Evans Churchill and Roosevelt Row, refining what they wanted in the final design. Every aspect of the project was reached through community consensus, from site location, design, its unofficial color scheme, and the preferred symbols to advertise.

At one point, Espiritu Loci proposed putting a clocktower upon a pedestal on the site, which a resident dismissed because they perceived timekeeping as “oppressive.” Instead, a polished metal sculpture in the shape of a flame, befitting a community of artisans and businesses, by local artist Peter Deise, ultimately took its place.

One year to decide the site, then an extensive year and a half of conversations to define the front-facing artistic image of the spot. This phase encompassed open houses and vision boards. And then another six months to refine ideas before construction could even begin.

The dialogue with the neighborhood went deep in the weeds, leading to introspective questions of what is the character of Roosevelt Row, and how that would be expressed in public installations. This included what colors represented them, for which Espiritu Loci laid out local examples to consider as specific to the neighborhood. Carly’s Bistro met the standard. As did the former Film Bar Phx. 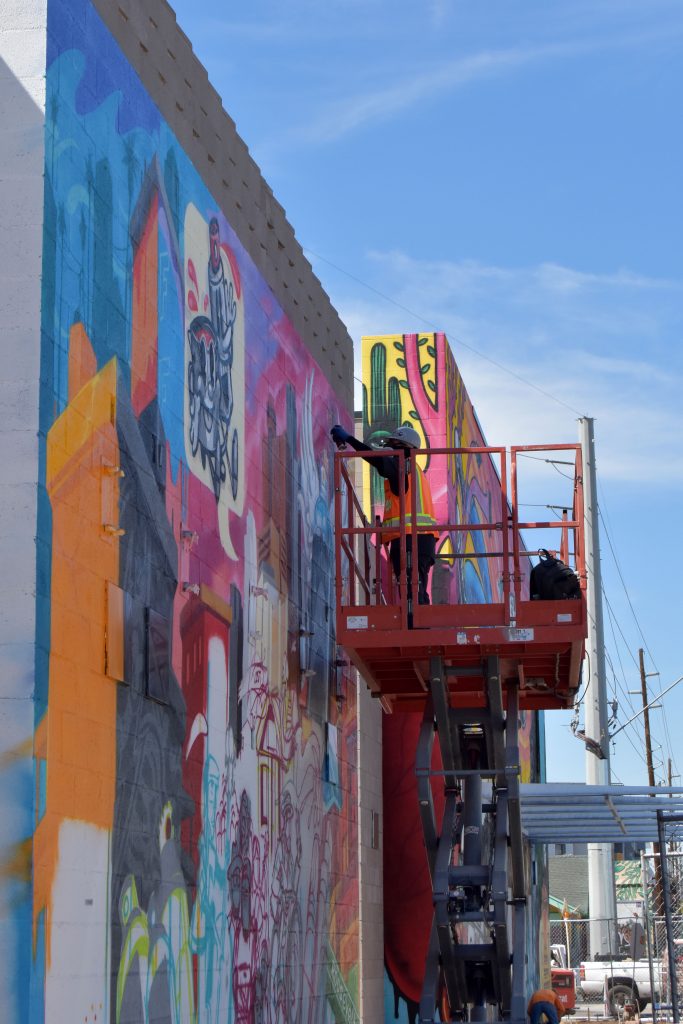 Such Styles, one half of the father-son muralist team Such & Champ, is elevated upon a construction platform as he works on his mural, which depicts the history of Roosevelt Row and its mainstays including First Fridays and Lost Leaf. (Photo by Taylor Costello)

For APS, facilitating these conversations to tailor a final product for a specific community acted as an extension of how it seeks to weave new infrastructure seamlessly into the existing character of a neighborhood.

“Every site is different,” said Kendra Lee, the area manager for APS. “These types of conversations of how you can be a part of the fabric of the community, it makes sense for what we’re doing. Look what the neighborhood is and compliment it.”

Flash forward to present day, the substation artists completed their murals throughout spring — the results of a public ‘call to artist’ effort by Artlink a year prior. Work transitioned, adding the public installations, less-than-ordinary places to sit to and interact with the site. Meanwhile, construction to bring the substation online continues behind the murals’ walls in the months ahead.

A Roosevelt Row/APS marquee sign hangs under a soon-to-be operational public walkway — and possibly a future spot for influencers to pose under. Clustered around the turquoise ‘RoRo’ lettering is hundreds of acrylic starburst pegs. The design by Jamie Cowgill refracts light from the sun during the day and illuminates light out the round pegs at night, taking inspiration from a Light Brite toy. It adjoins a mural by Lalo Cota, his mural depicting their artistic work spiriting him away into the night sky. 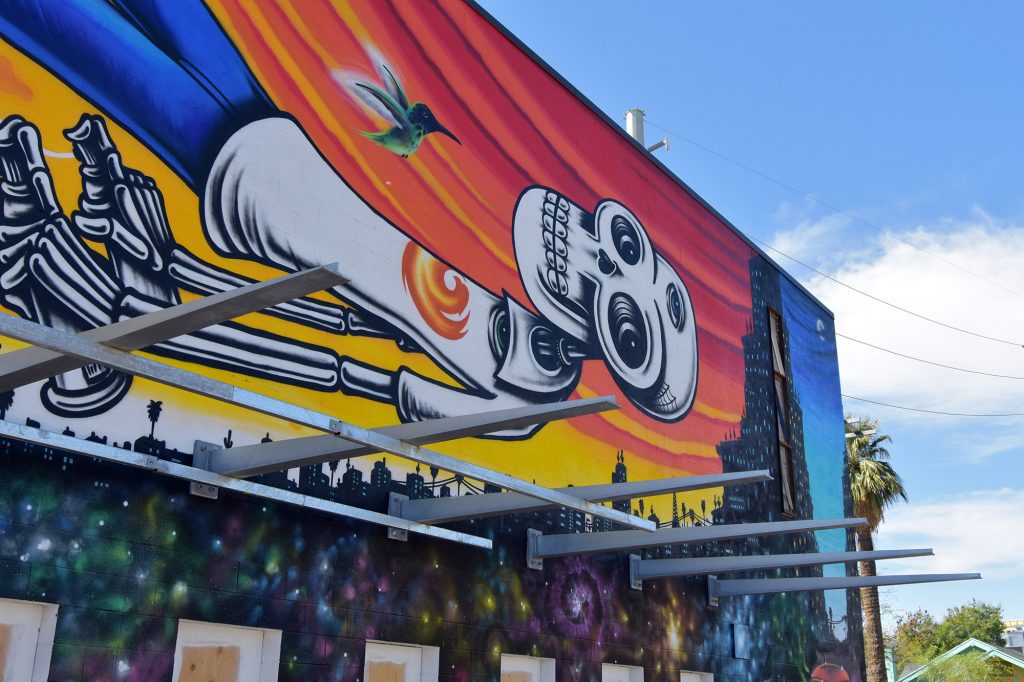 The most impactful of murals on the Roosevelt Street side is Lalo Cota’s mural of a dreaming artist in repose, depicted hovering away on a cresting sunset, powered by his artistic work, giving way to the nightlife below. (Photo by Taylor Costello)

Every artwork reflects the neighborhood and people. On the Sixth Street side to the west, above custom public shade canopies resembling trees, some of the Row’s most iconic mural work by Lauren Lee reappears: a grove of desert flowers and three sequential birds (‘Three Birds in Bloom’), highlighted by magenta halos behind their heads.

Before there was only a metaphorical door to the neighborhood, inviting people to a bespoke collection of artists and thriving small business owners. Now, with the arrival of the substation, it encapsulates everything to arise from Roosevelt Row in one neat package. The “front door to Roosevelt Row,” as Barger described it, swings open, acknowledging a vibrant community that once resurrected it.

“Visiting a First Friday now it is like Times Square in Roosevelt Row, it’s wild,” said Kendra Lee. “To watch all the street entertainment, the existing murals, we’re right on the corner where all that starts. That site is gonna be something that showcases Downtown Phoenix.” 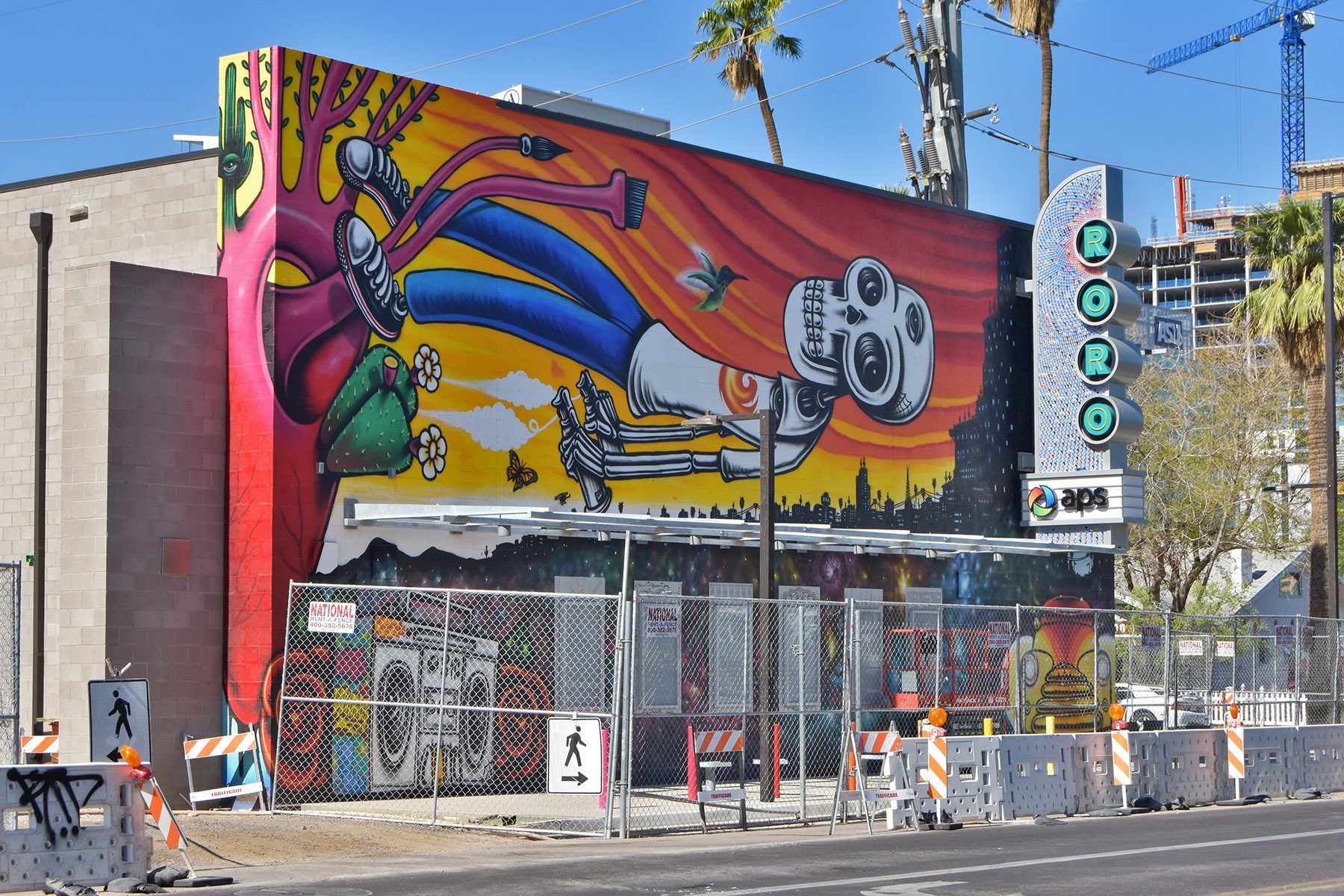 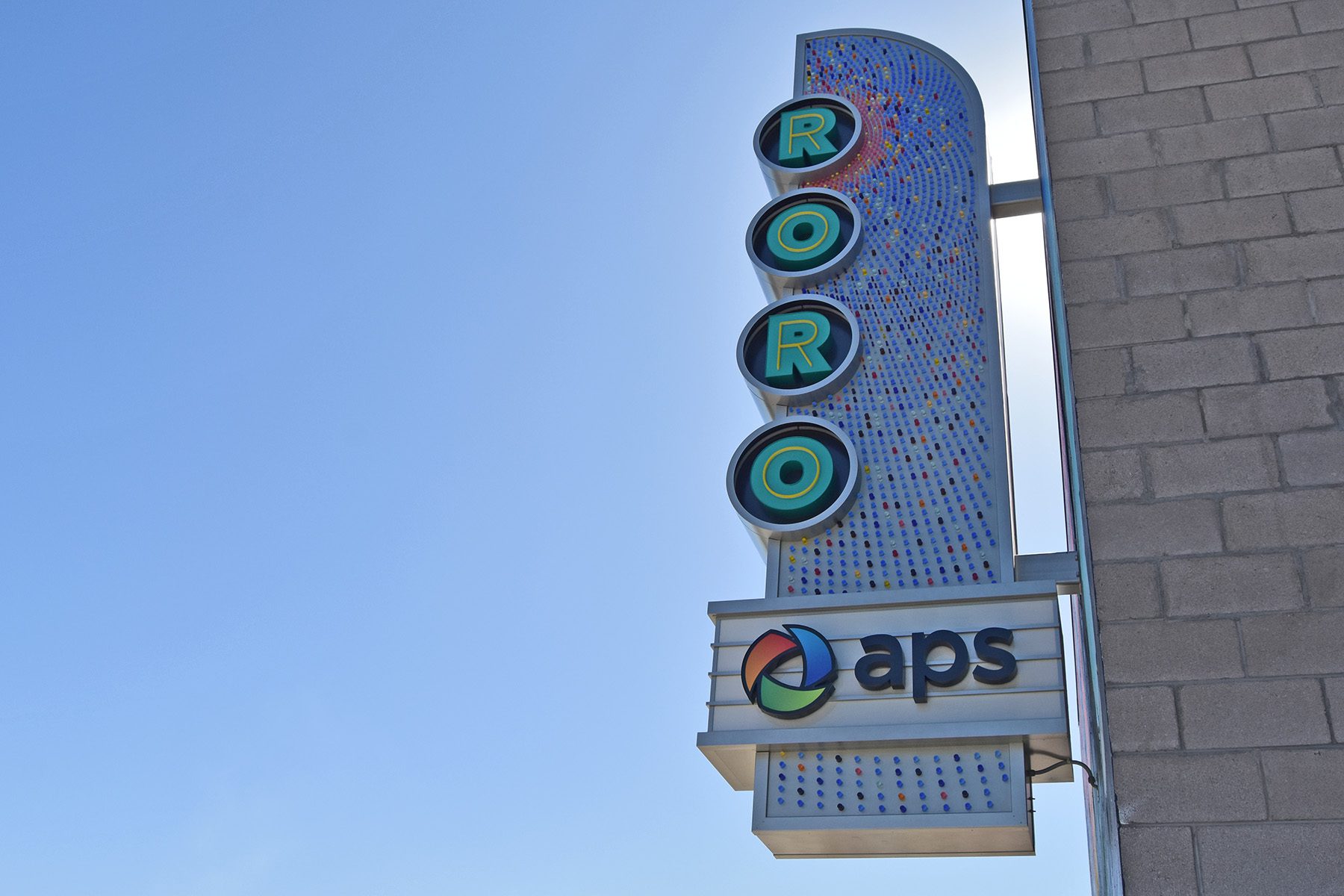 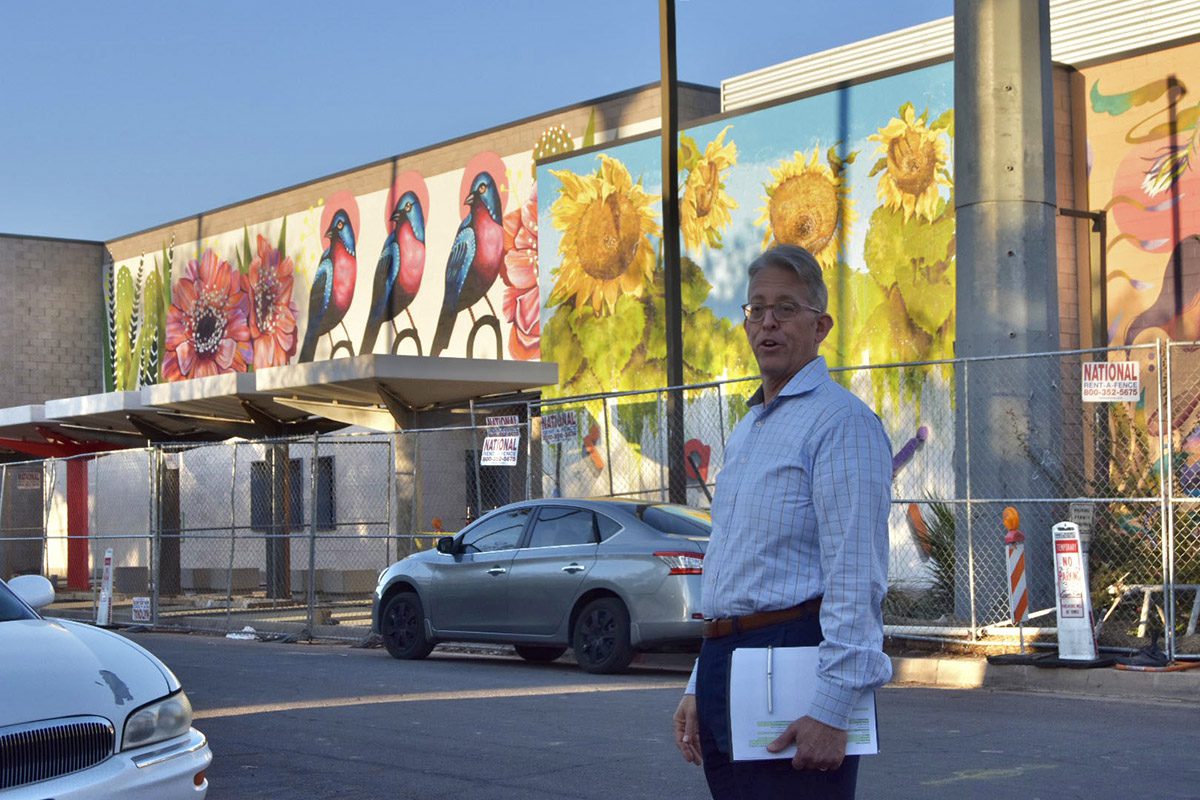 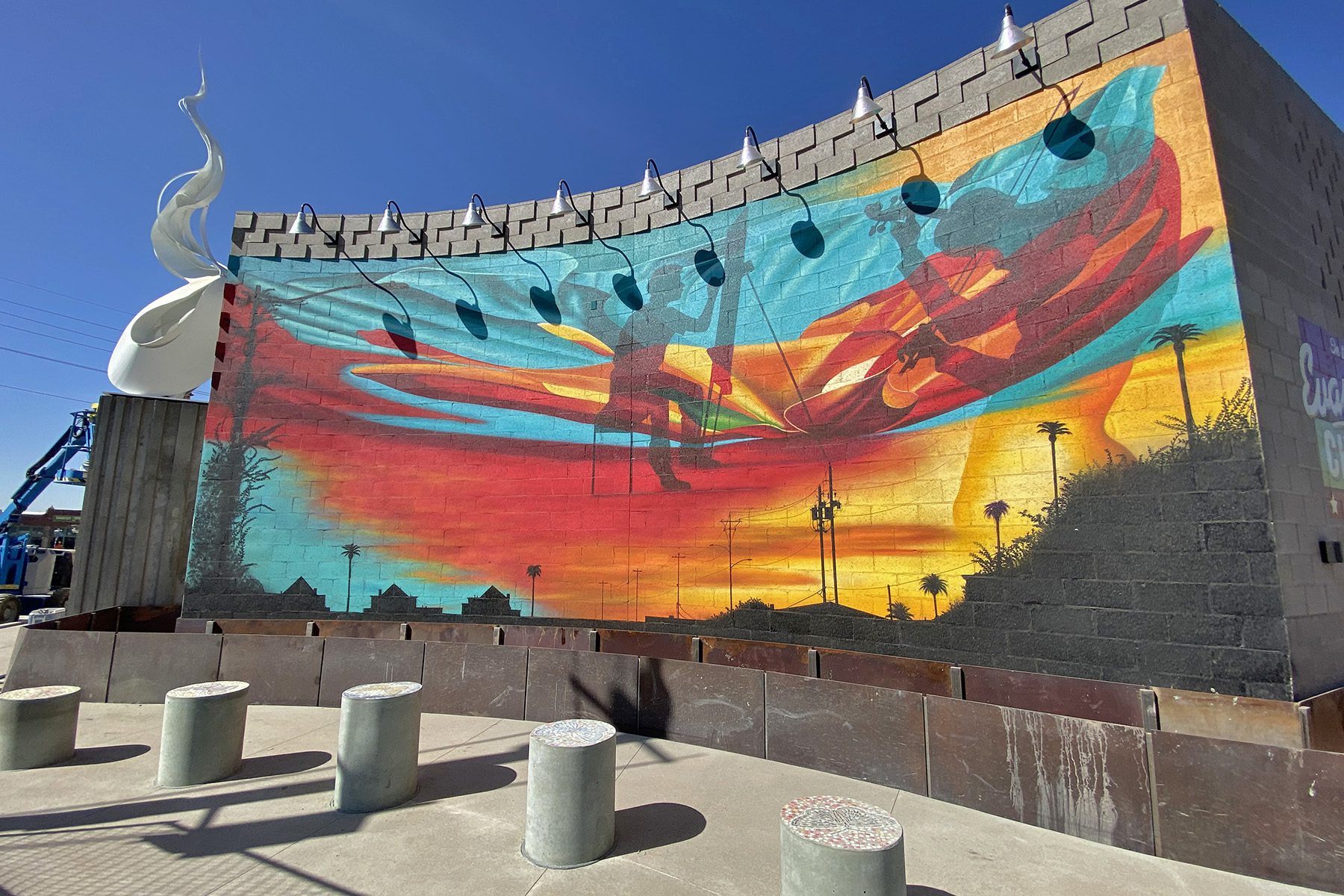 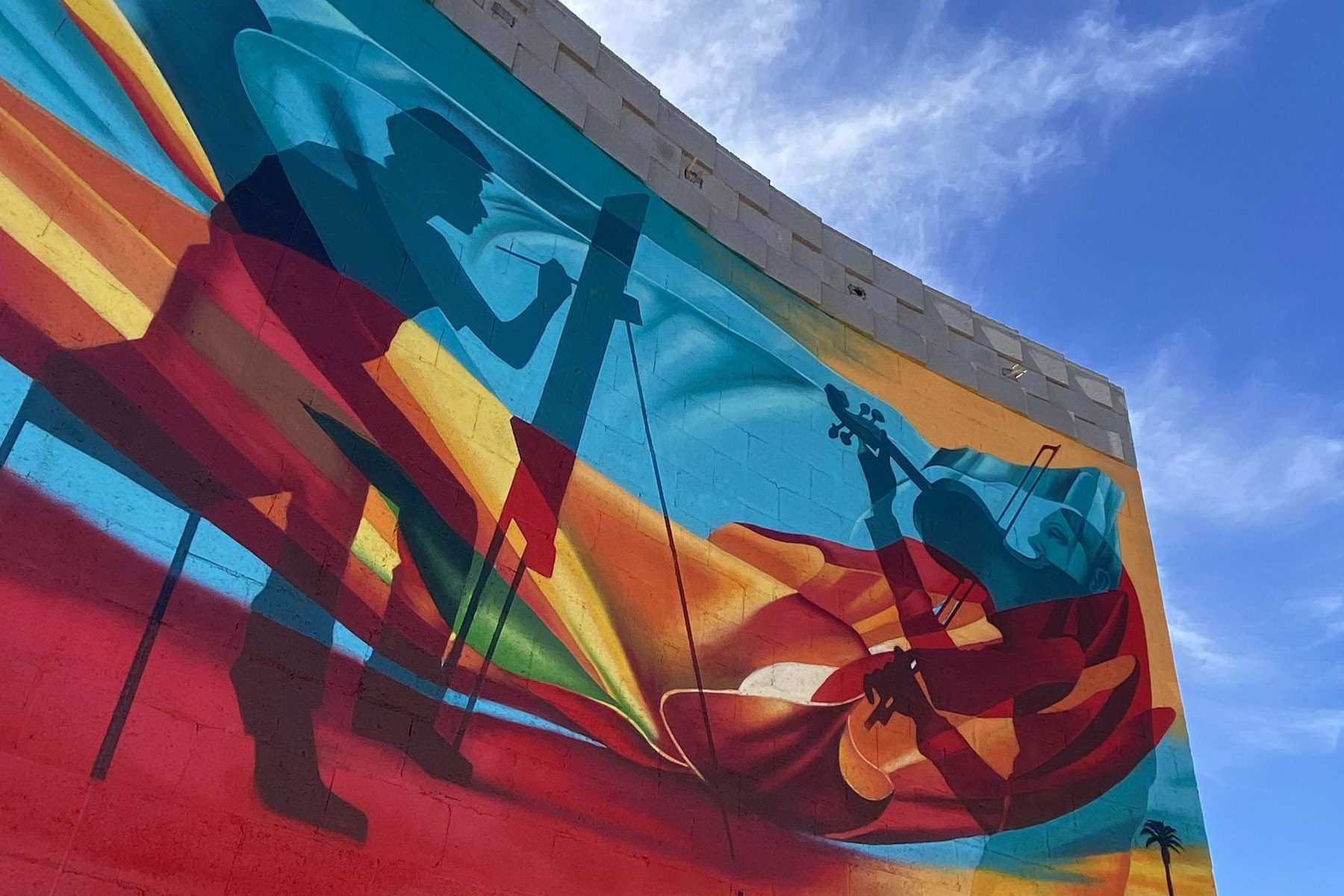 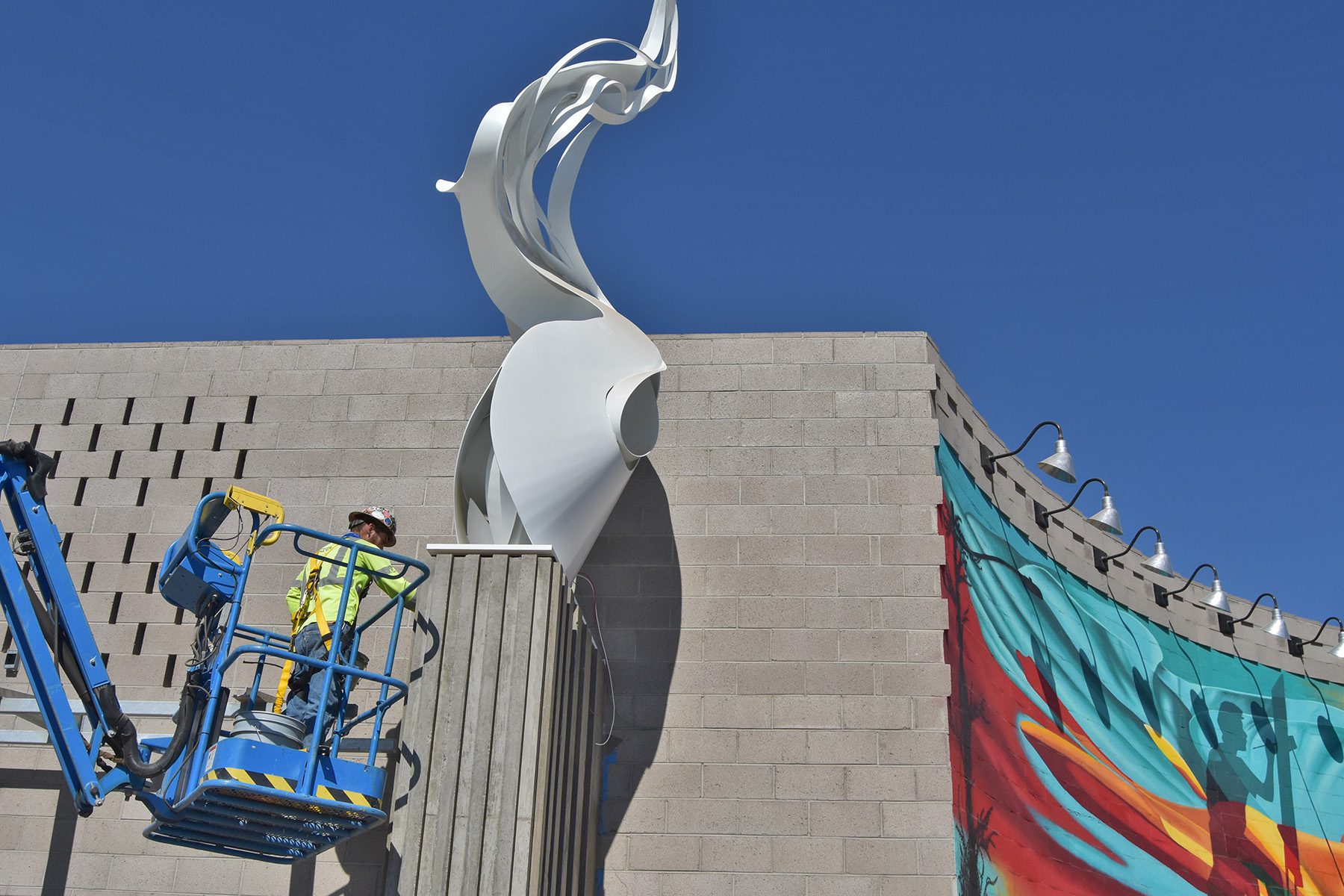 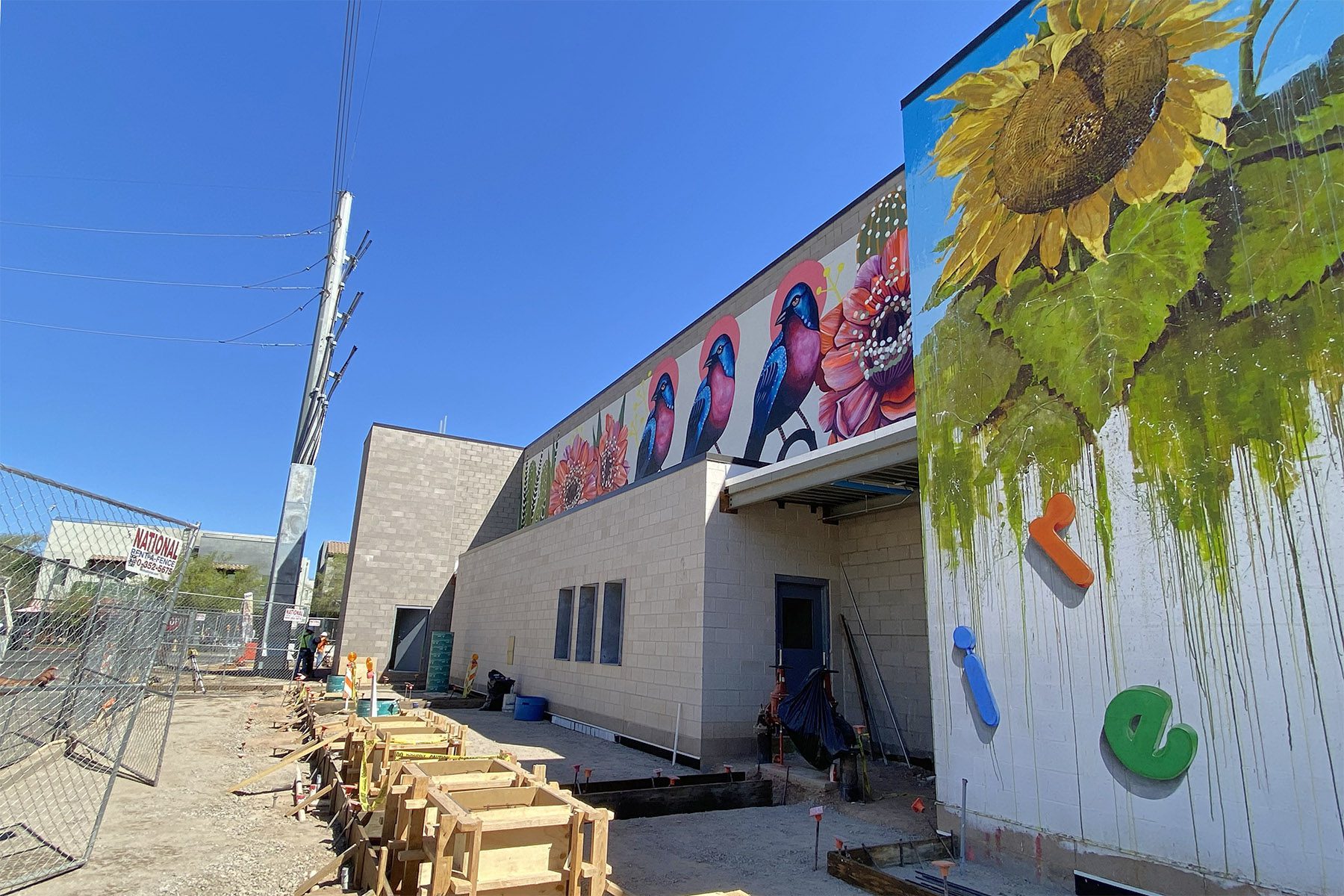 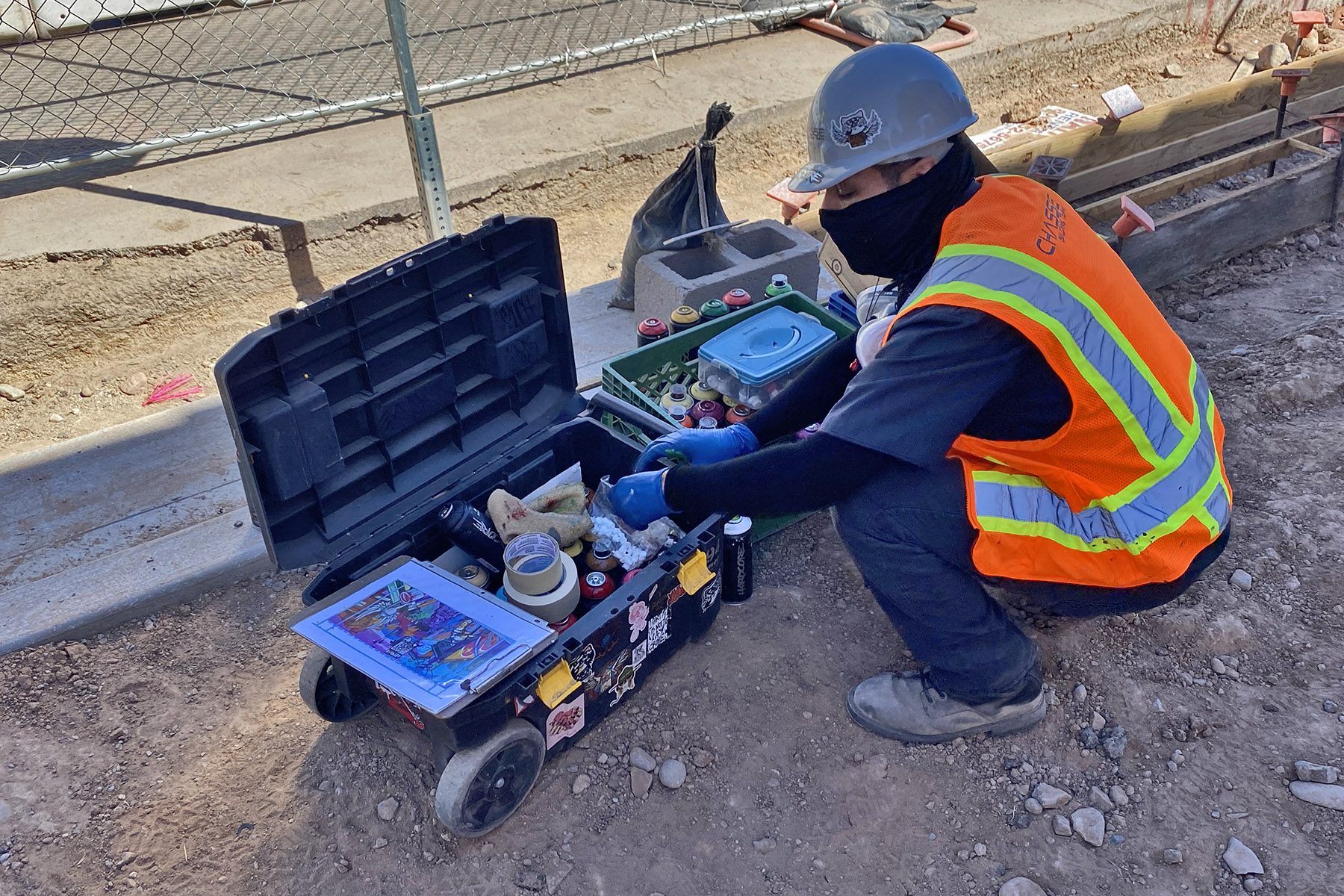 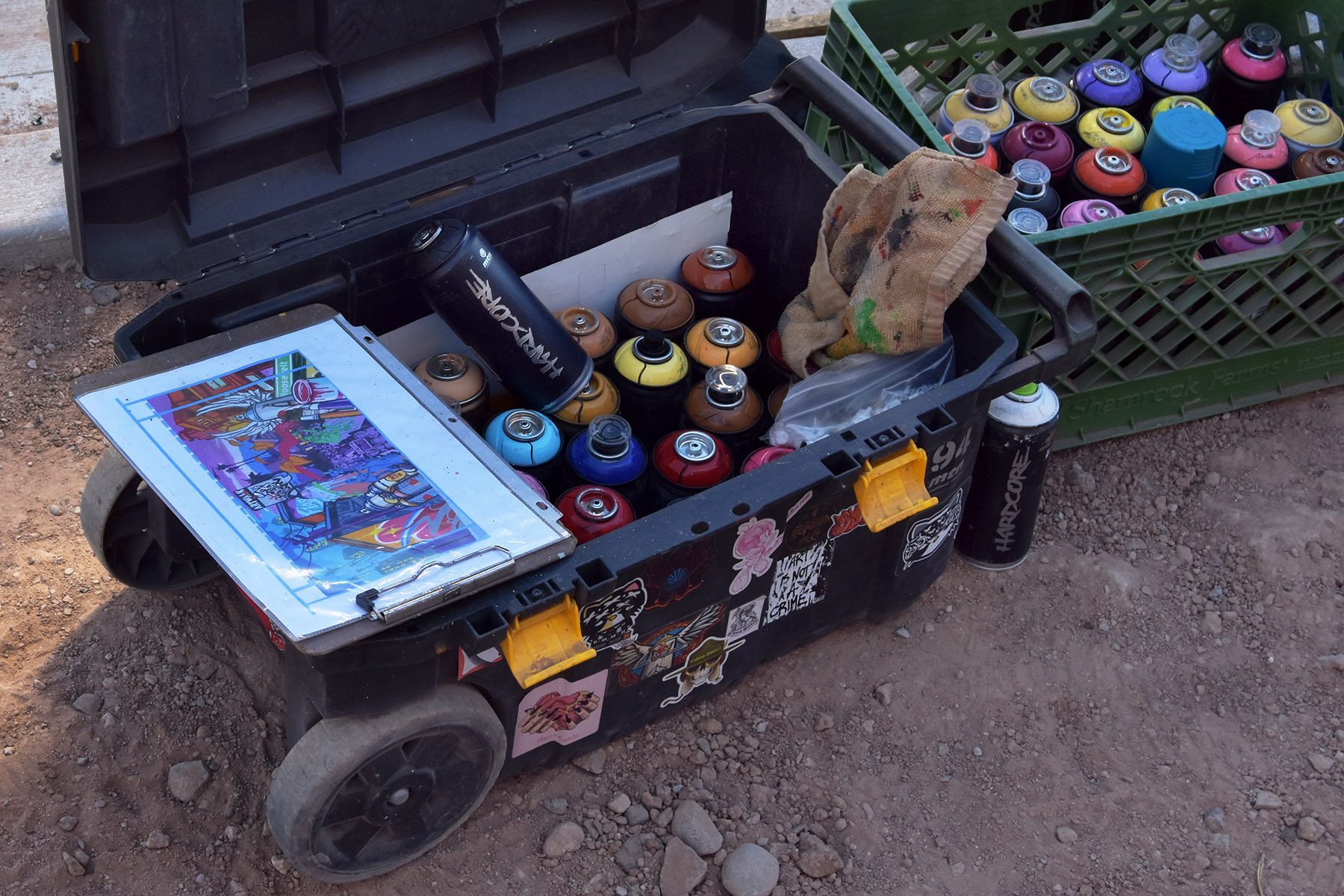 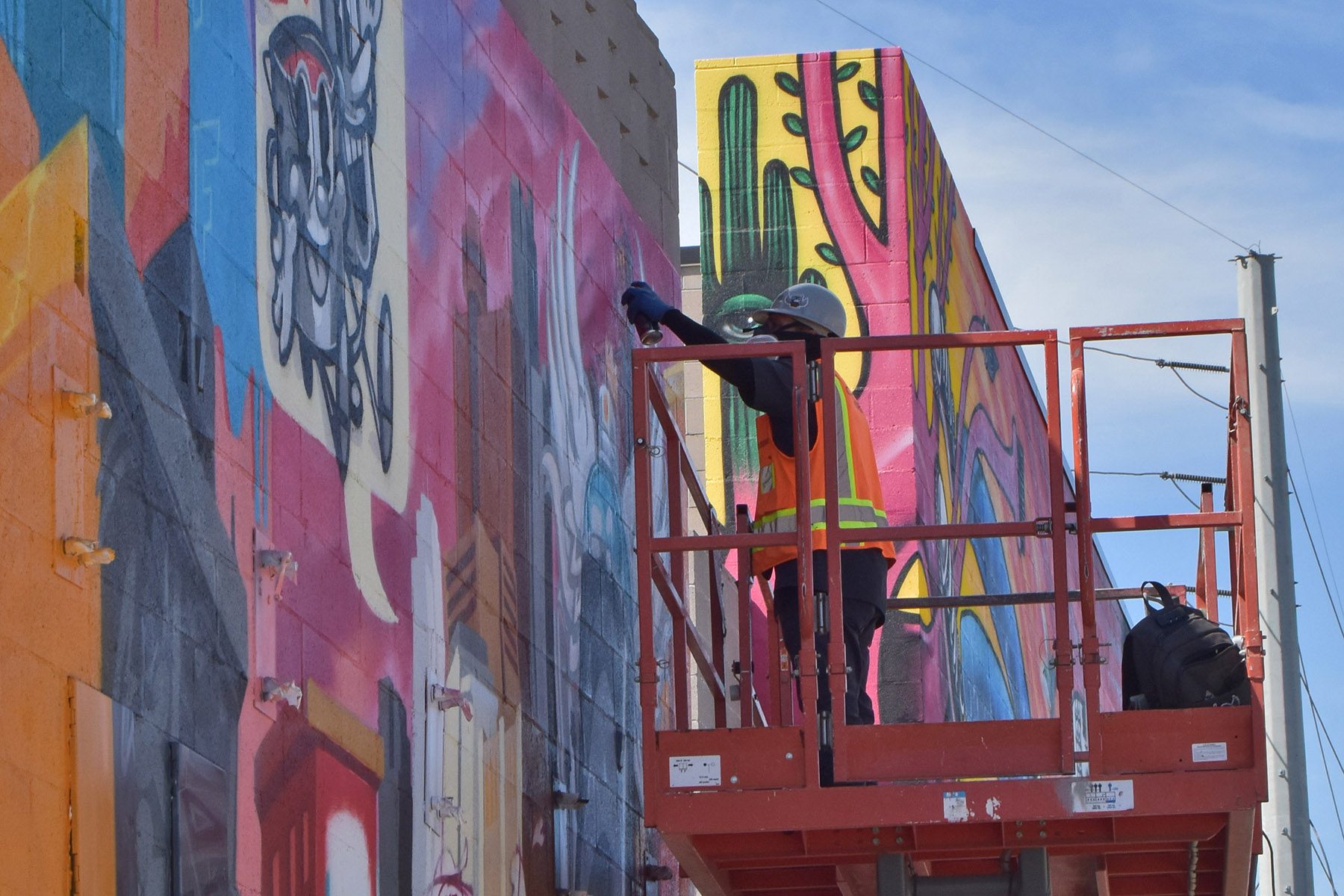 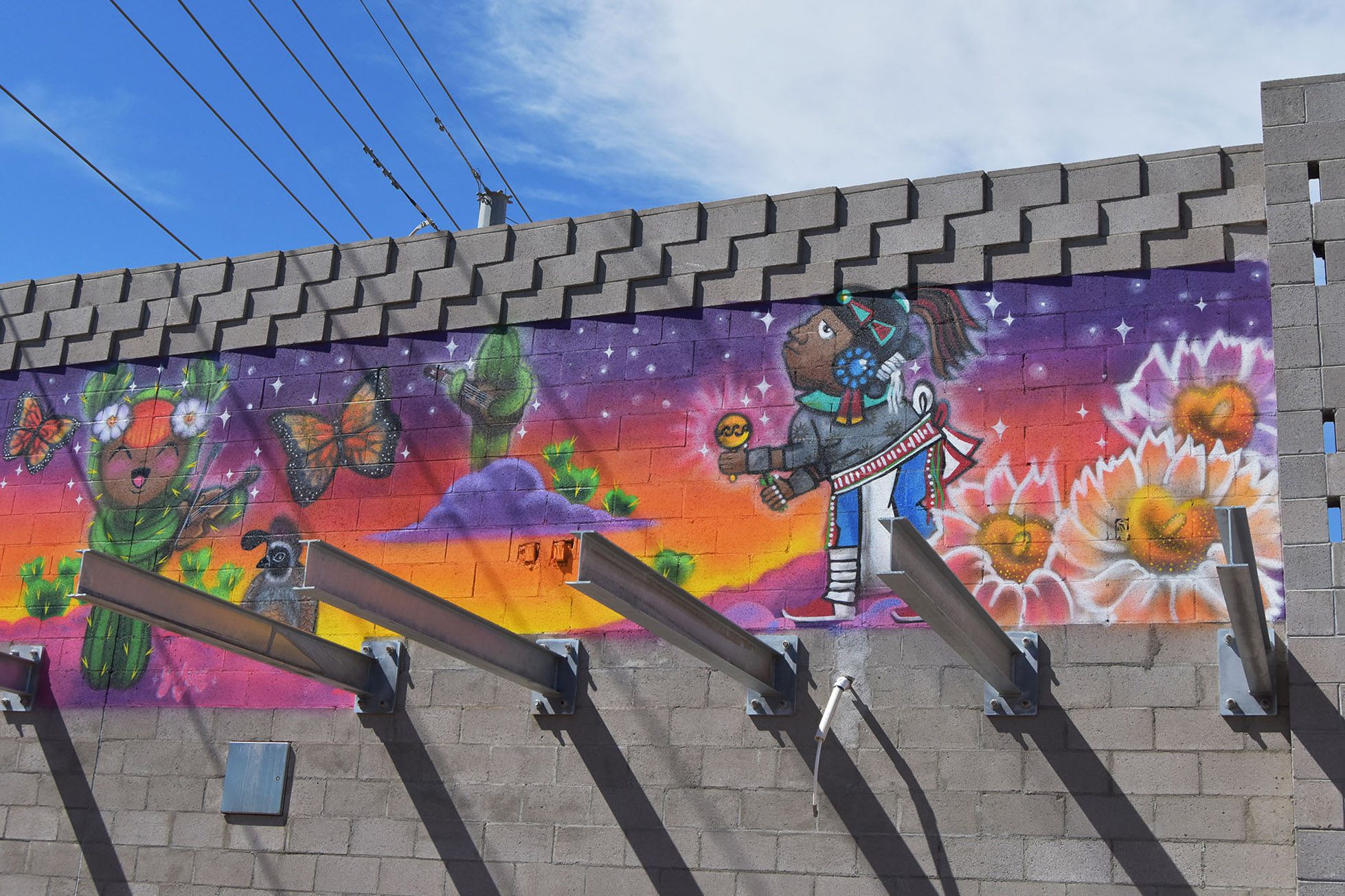 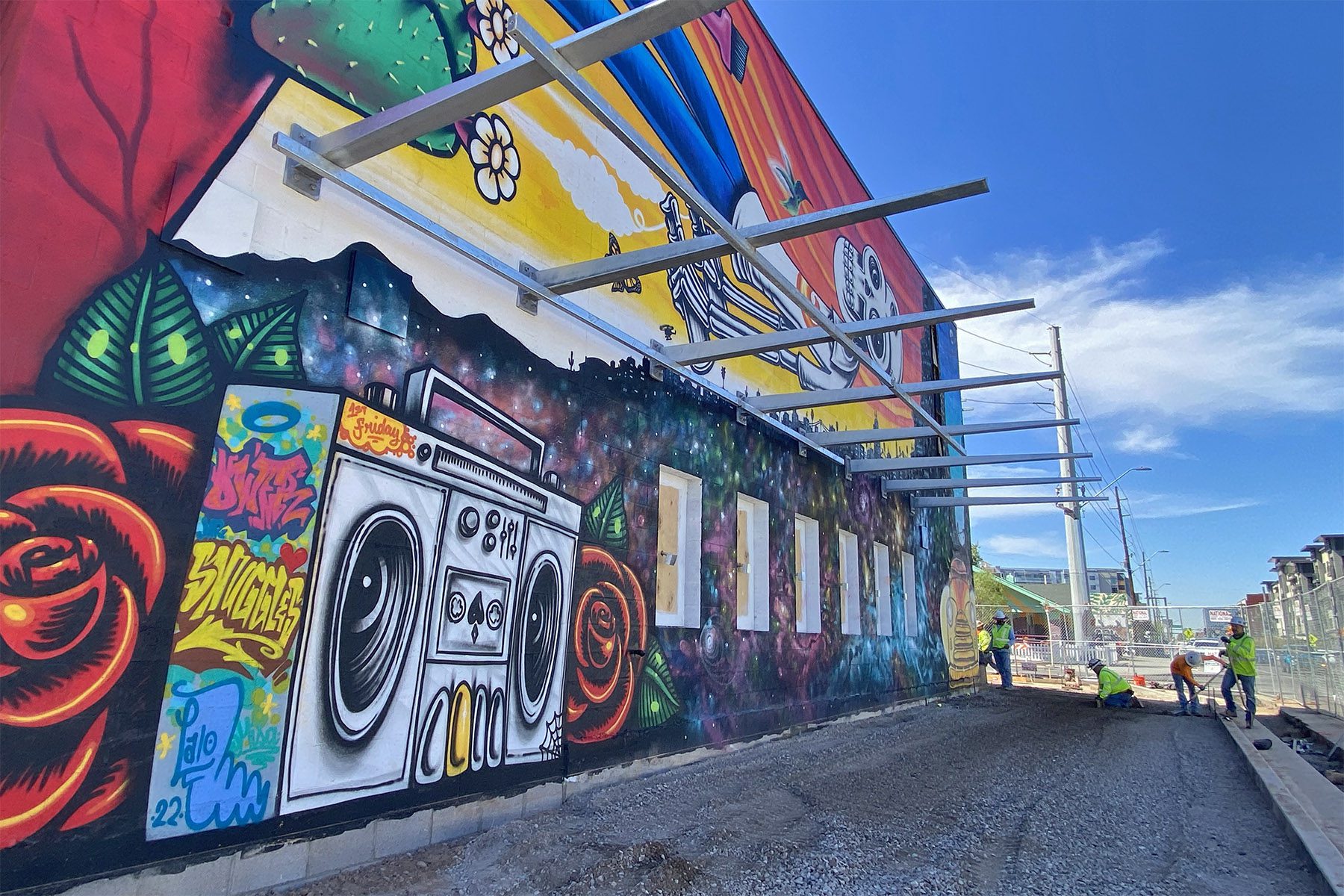 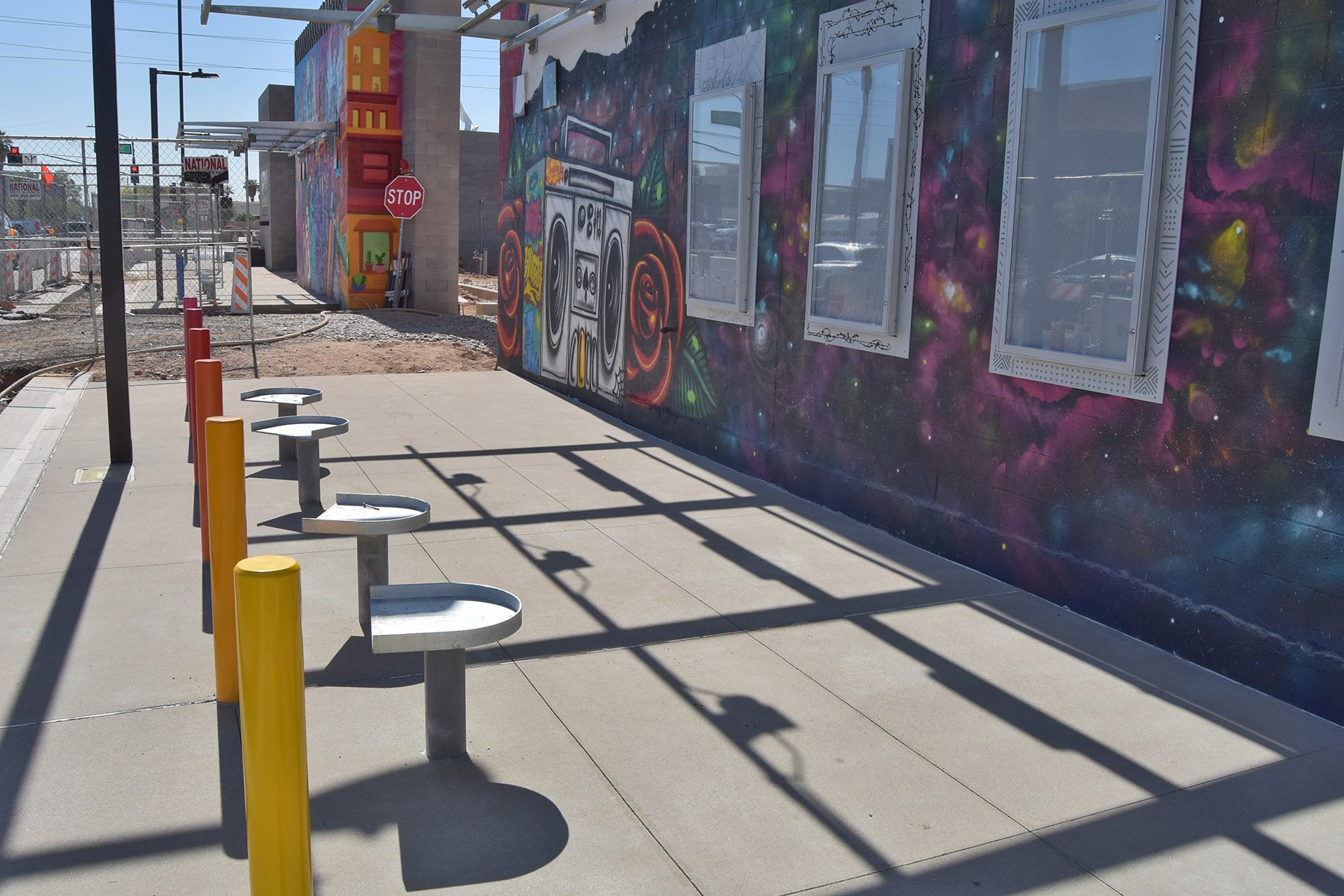 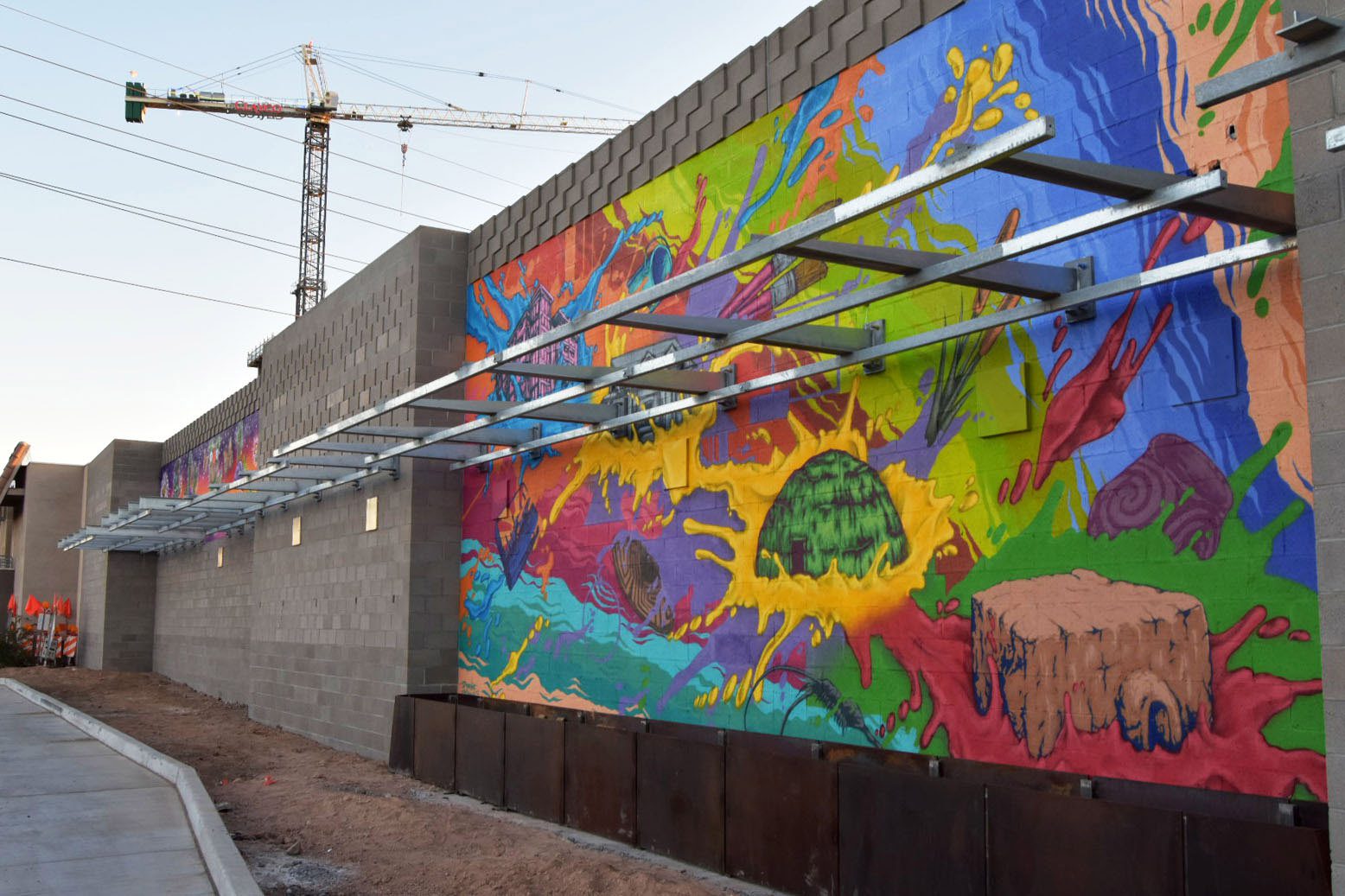 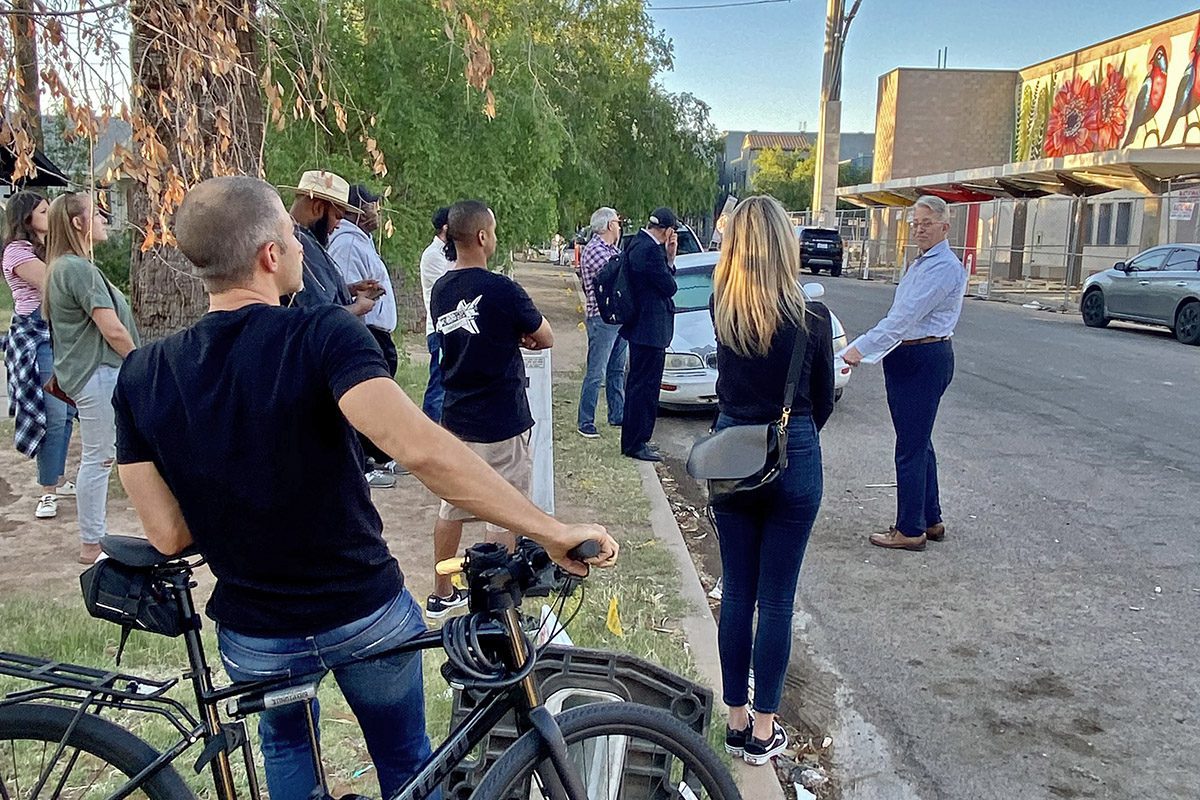 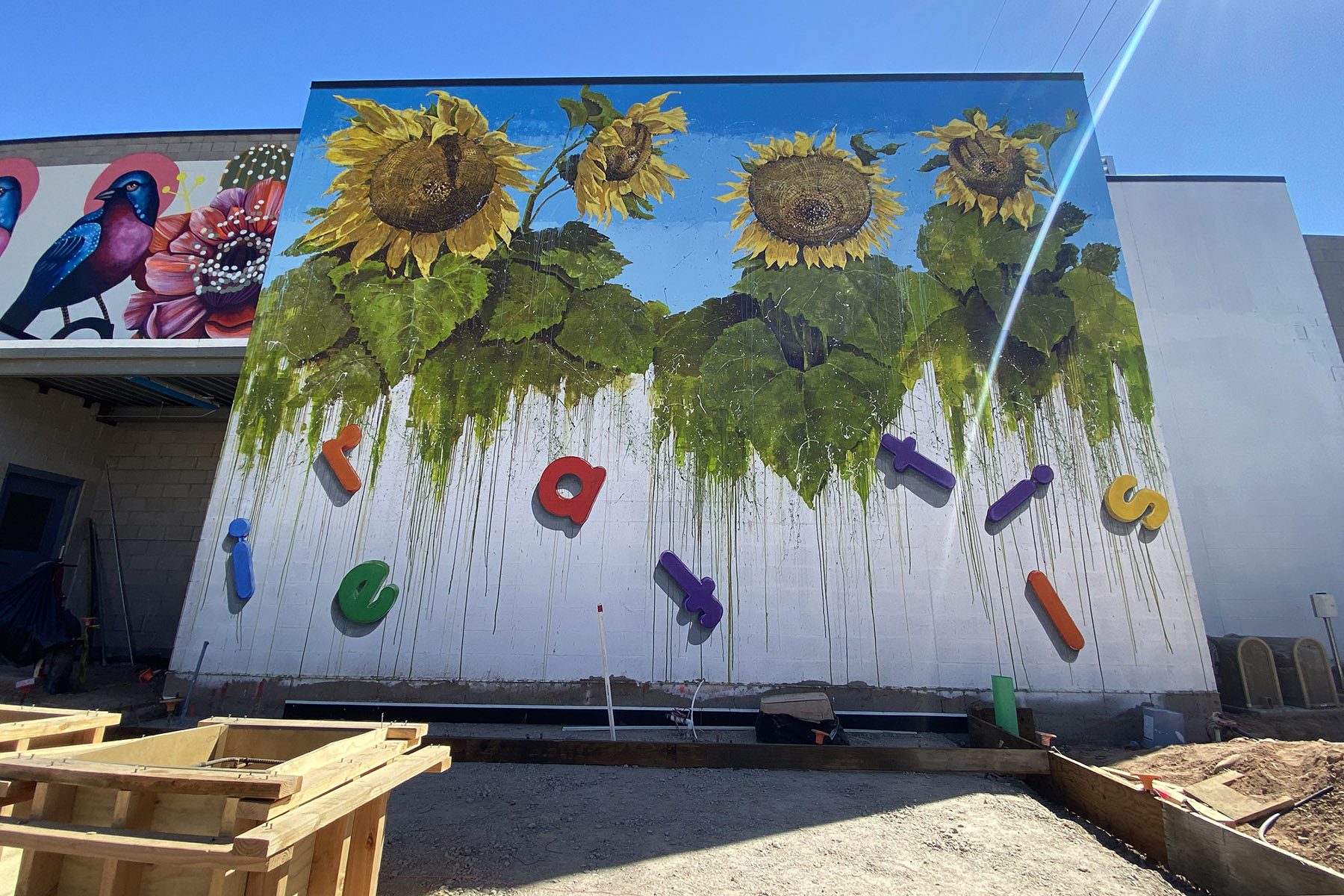 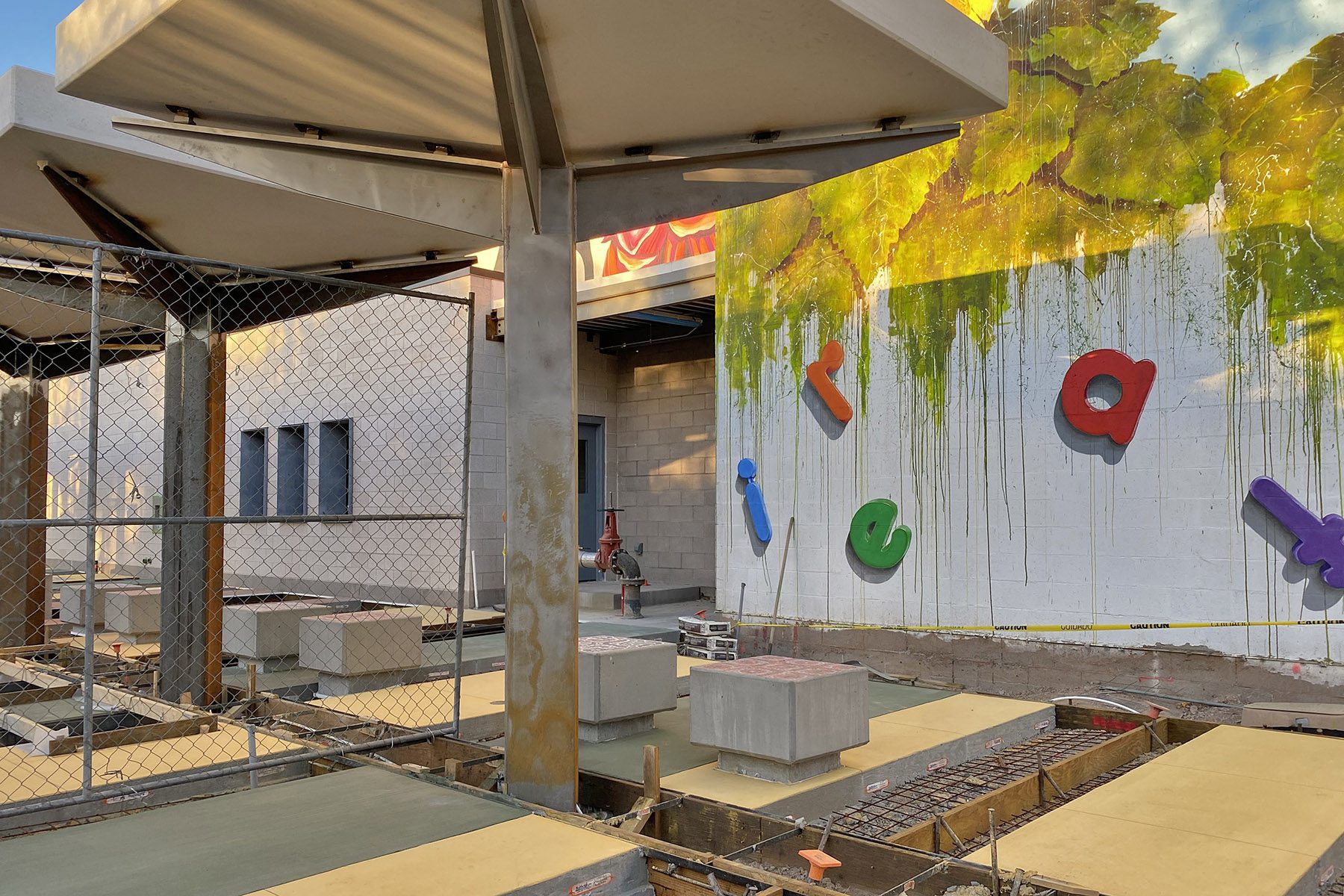 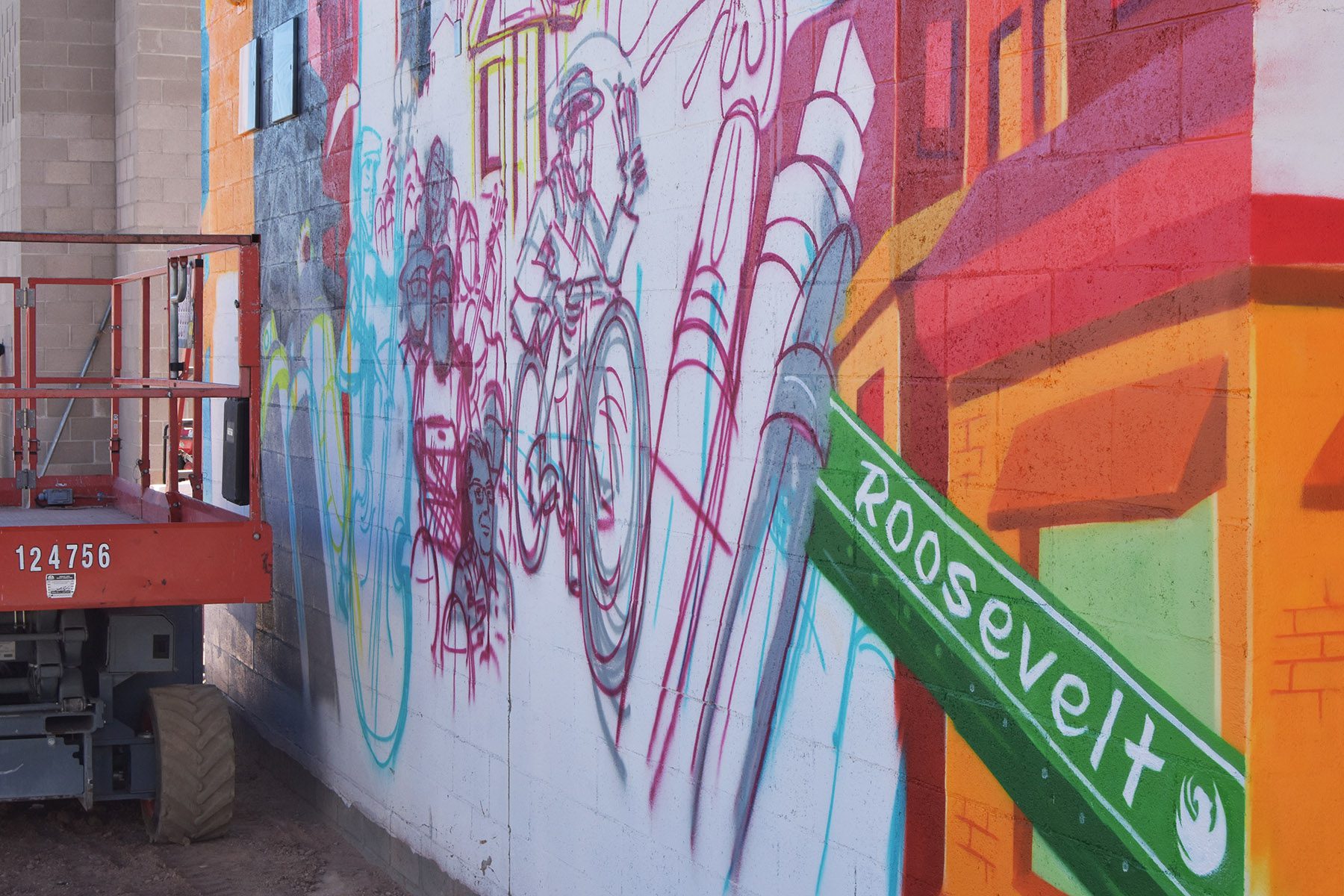