A Quick Guide to Waymo Self-Driving Cars in Downtown Phoenix

The “Waymo Driver” autonomously navigates through a busy intersection to pick up a rider at the Phoenix Convention Center. (Source: Waymo)

So what are they doing here? Waymo’s connection to the Phoenix area goes back to 2016, when the company identified the East Valley as its primary testing ground.

The Early Rider Program (now Trusted Tester) was introduced in 2017, with fully-autonomous public rides available in 2020. Today, it provides hundreds of robotaxi rides on a weekly basis to people in Chandler, Tempe, Mesa and Gilbert.

Waymo began quietly testing in Downtown Phoenix several months ago, and officially announced its expansion into the area in March.

So what is Waymo? Waymo’s self-driving vehicles use a combination of GPS, cameras, radar, artificial intelligence and other sensors to travel between destinations. It’s one of several companies working on autonomous vehicles (including Audi, BMW, Ford, Tesla and others), to improve road safety by eliminating human error, while also offering new mobility options. 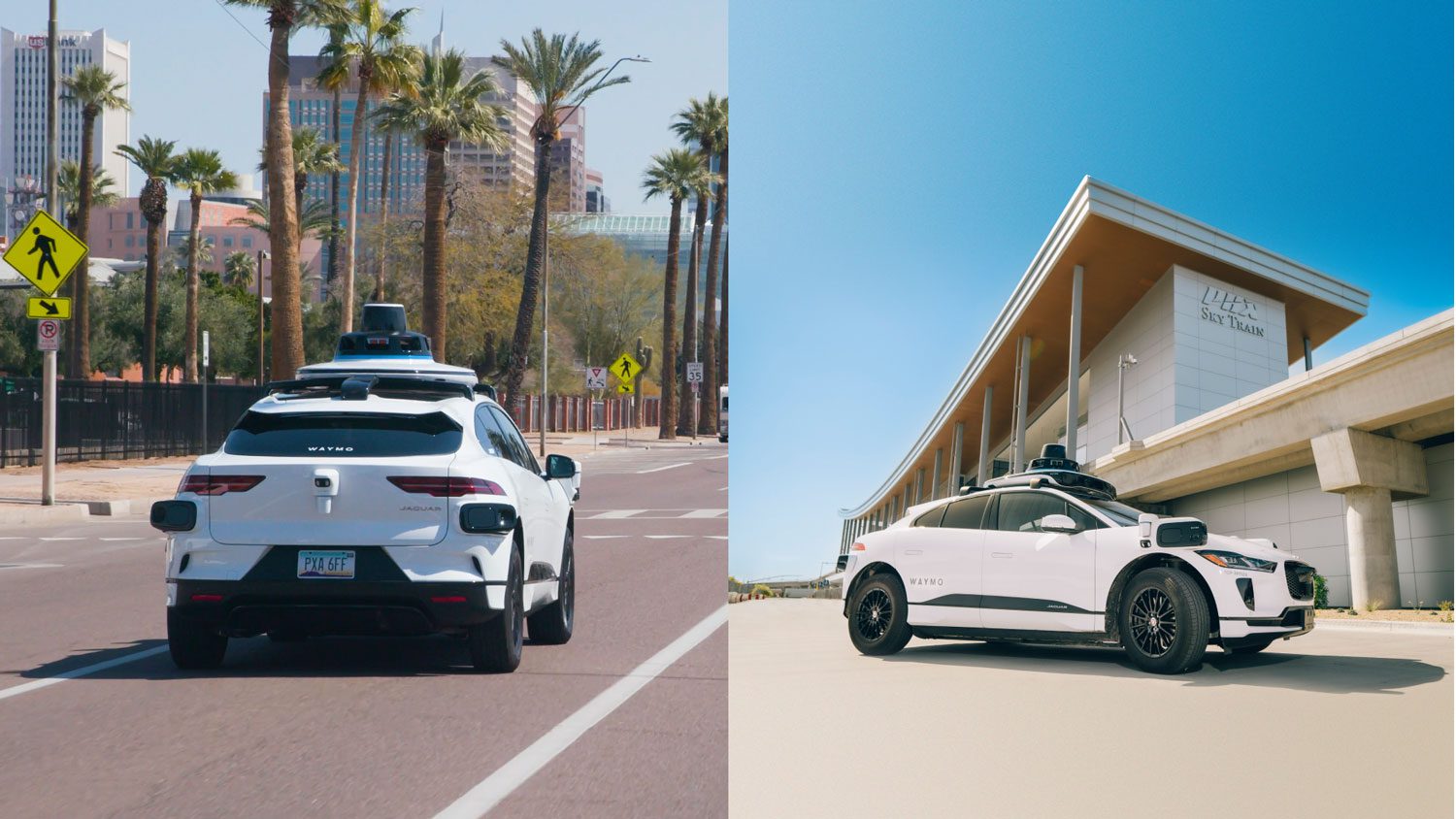 For those who’ve spotted the ubiquitous white cars, a “human safety driver” is usually up front. According to Waymo’s website, the cars in downtown have been testing, evaluating and gathering data in both manual and autonomous modes.

But now, Waymo is ready to go fully autonomous in Downtown Phoenix, according to Dmitri Dolgov, co-CEO of Waymo. He made the announcement at a TechCrunch mobility session in May.

Waymo will begin rider-only trips in the coming weeks — with no human driver behind the wheel — in addition to testing at Sky Harbor International Airport.

“We’re moving much faster than we’ve ever been before,” Dolgov said. “You’re seeing that in San Francisco, you’ll see that in Downtown Phoenix, and we will exercise the playbook as we go after new markets.”

The company’s downtown expansion is based on combined experiences in San Francisco and the East Valley, and marks the third location where Waymo will be providing rides with no human in the driver’s seat, according to a May 18 statement on the website.

“Just as our learnings from the East Valley transferred to San Francisco, the capabilities we gained from navigating dense urban environments are transferring smoothly to other places, such as Downtown Phoenix and Sky Harbor Airport,” the statement read.

Waymo is the self-driving division of Alphabet Inc., parent company of Google, and since launching in 2009, the self-driving technology, aka the “Waymo Driver,” has cruised more than 20 million autonomous public road miles across 13 U.S. states — and billions of miles in simulation, according the company’s website.

Much of the real-world testing has taken place in downtown and the East Valley.