Stoops and Valleys: A 2,000 Mile Adventure to Find Community.

Growing up in the Midwest and then totally uprooting and coming to Arizona by myself at 18 to start college was quite an undertaking. I remember waiting for my rideshare from Sky Harbor to ASU, and thinking,

“Where is the grass? And why is it a million degrees out?”

I grew up between two very different cities: Rochester, Minnesota, a sprawling little town with a big name hospital that everyone’s parents worked for or had some association with, and South side of Chicago. These two different ways of life were always kept separate for me, not because I was embarrassed; rather, they were their own different worlds.

My family is from a small town outside of Guadalajara, Mexico, and immigrated to Chicago in the mid-1960s. The Civil Rights Movement, specifically the Chicago Freedom Movement was in full swing and gaining traction, changing the cultural landscape as we knew it. My mom told me stories of how she would stand by the window of her parents’ apartment with her seven siblings watching the people in the street throwing Molotov cocktails and setting fires to cars after the assassination of Martin Luther King Jr.

Regardless, my family buckled down and started a new life here.

In the late ‘90s I made my debut and have been in between Chicago and Minnesota since then. I remember that Chicago was probably one of my favorite places to go. My grandparents resided in a three-story townhouse off of Western with the Chicago Transit Authority pink line train running through the backyard shaking the house every time it passed by. While I couldn’t be completely feral and explore where I pleased, I would play in the fenced backyard with a little pepper garden with my chalk and trusty hula hoop. I would hold my grandma’s hand as we visited the corner store for pan dulce or take the train to downtown to see the museums.

Out front, we had a massive set of steps that my family would all sit on during the summer. We would talk to our neighbors on the other set of steps on each side of us. My sister and I would play soccer on the sidewalks with our cousins and neighborhood kids. Everyone looked out for everyone. It was my first memory of the concept of a community. 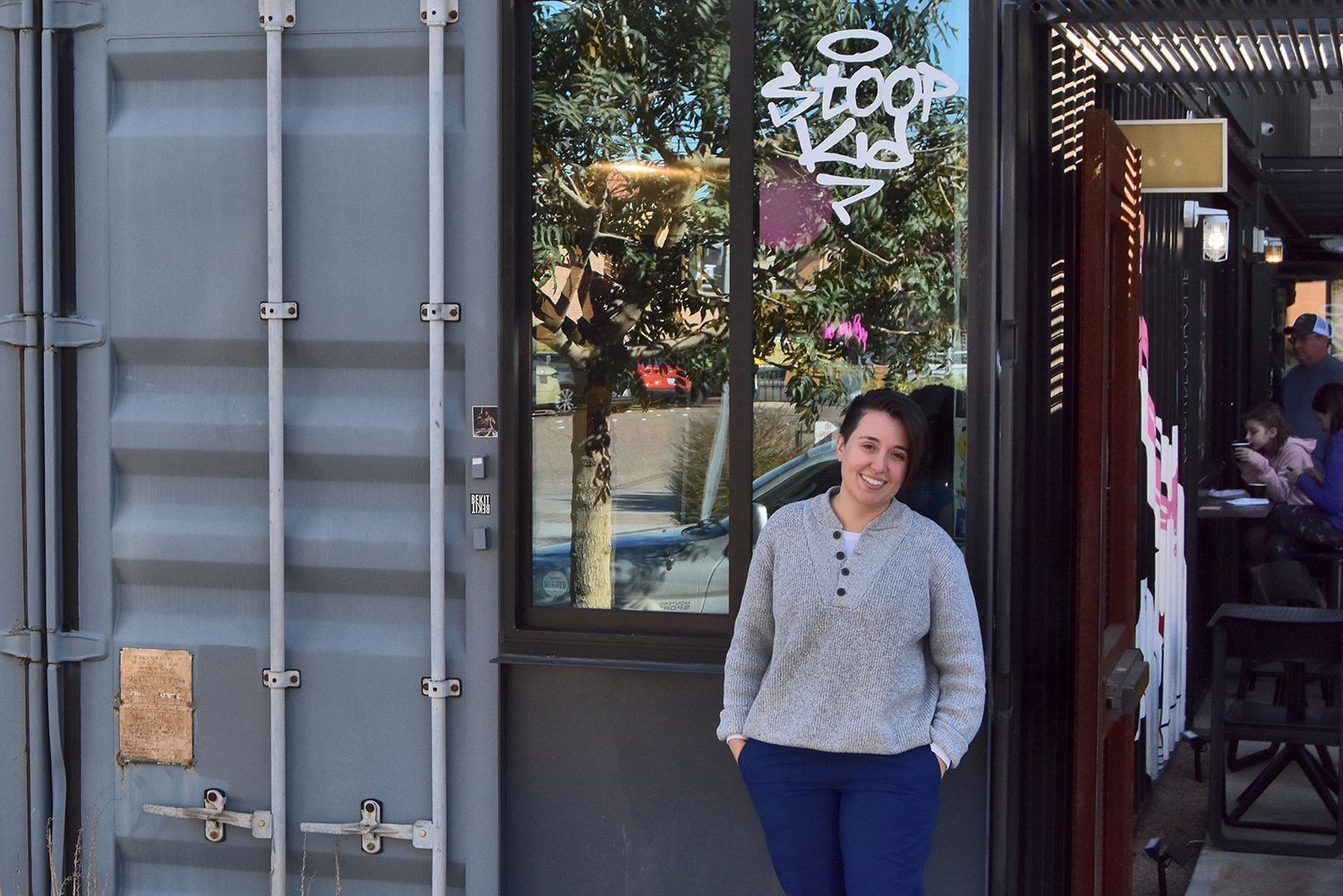 Rochester was its own separate world. We resided on four acres of land dominated by forest, and while I had adventures finding new trees to climb – it was lonely at times. The houses I lived by were separated by a half a mile, and eventually I got to know some people via the buses we took to our separate schools. My high school friends were a 30-minute drive away, and the only fun we really had was gallivanting around the singular town target, or watching movies at one of the three local theaters.

As I grew older, things changed, in both of my worlds. The neighbors we knew began to move out and new folks seemed to rotate through every year or so. The kids I used to play with grew up. We stopped sitting on our stoops to chat. The corner store closed. We moved on.

Cut to six years post my big move, after graduating from Arizona State University, I began working for Downtown Phoenix Inc. as an ambassador. It was then I realized I had been missing a crucial part to what actually makes a place a home: community.

Being able to run into familiar faces going to work, talking to the baristas at the local coffee shops, knowing the names of business owners, and making new friends on the streets opened my eyes to just how important and how necessary community is. I loved walking and exploring this urban jungle.

While I still retain my hodgepodge Minnesota/Chicago accent, Arizona has become the best of both worlds for me, a million degrees included. If I drive a few hours, I can go snowboarding and climb a pine tree like I did all those years ago. I can take a bus and I’m Downtown with all of the things I need within reach. Working here has changed my view on what a city could and should be; a big community. Whether you’re an Arizona native, or a Midwestern transplant, like me. As Social Media Editor at DPI, I’m excited to help build community in Phoenix. DPI’s social media platforms are a hub for event announcements, public art displays, local businesses, and persons. The DM’s are always open for suggestions and requests on things you would like to see featured next!

They say it takes a village, and we as Phoenicians are creating our own version of what a city should look like; a home with a stoop to sit on.

Cristina Port is the Social Media Editor for Downtown Phoenix, Inc. She is also a former Ambassador, and was previously the curator of their social media accounts.