DTPHX In/Flux: How Chef Stephen Jones blends past and future at The Larder + The Delta

Southern cooking requires more than skill. It requires time, passion, and a long line of grandmothers.

Chef Stephen Jones doesn’t simply cook food for the soul at his Downtown Phoenix restaurant The Larder + The Delta, within each plate, there is a message.

“We’re telling a story of the South and who was actually doing the cooking at the turn of the century and what actually is American food,” Jones said.

“It wasn’t ma and paw in the house, it was actually the slaves who were cooking the food and doing all these wonderful marvelous things for other people and those dishes were ultimately forgotten about.”

Jones grew up splitting his time between Chicago, Los Angeles, and Alabama with aspirations to be a professional football player. Now, an award-winning chef, Jones began his career working in popular kitchens including Tarbell’s and Latilla at the Boulders Resort. He opened his first restaurant in DeSoto Central Market.

“I’ve been doing this for 23 years now and it took a long time for me to realize what I want to do,” he said. “I spent a long time cooking Japanese food, French food, it wasn’t until I was further along in my career that I realized I actually enjoy cooking what I grew up eating.”

When DeSoto closed in 2015, Jones was left to find a new home for his dreams. A few months later he opened The Larder + The Delta which currently thrives Downtown.

Jones’ menu changes with the seasons and is unlike anything you’ve ever seen before when it comes to southern cooking.

At The Larder + The Delta you don’t get a bowl of black-eyed peas with a side of yams and chicken skins, chef serves up Sedona springs trout with a salad of stone fruit, local aged ham, herbs, and peanut romesco sauce. His chicken skins are served with navel orange, lavender, and local honey.

Each dish brings comfort and an appreciation for the historic tale in each bite. 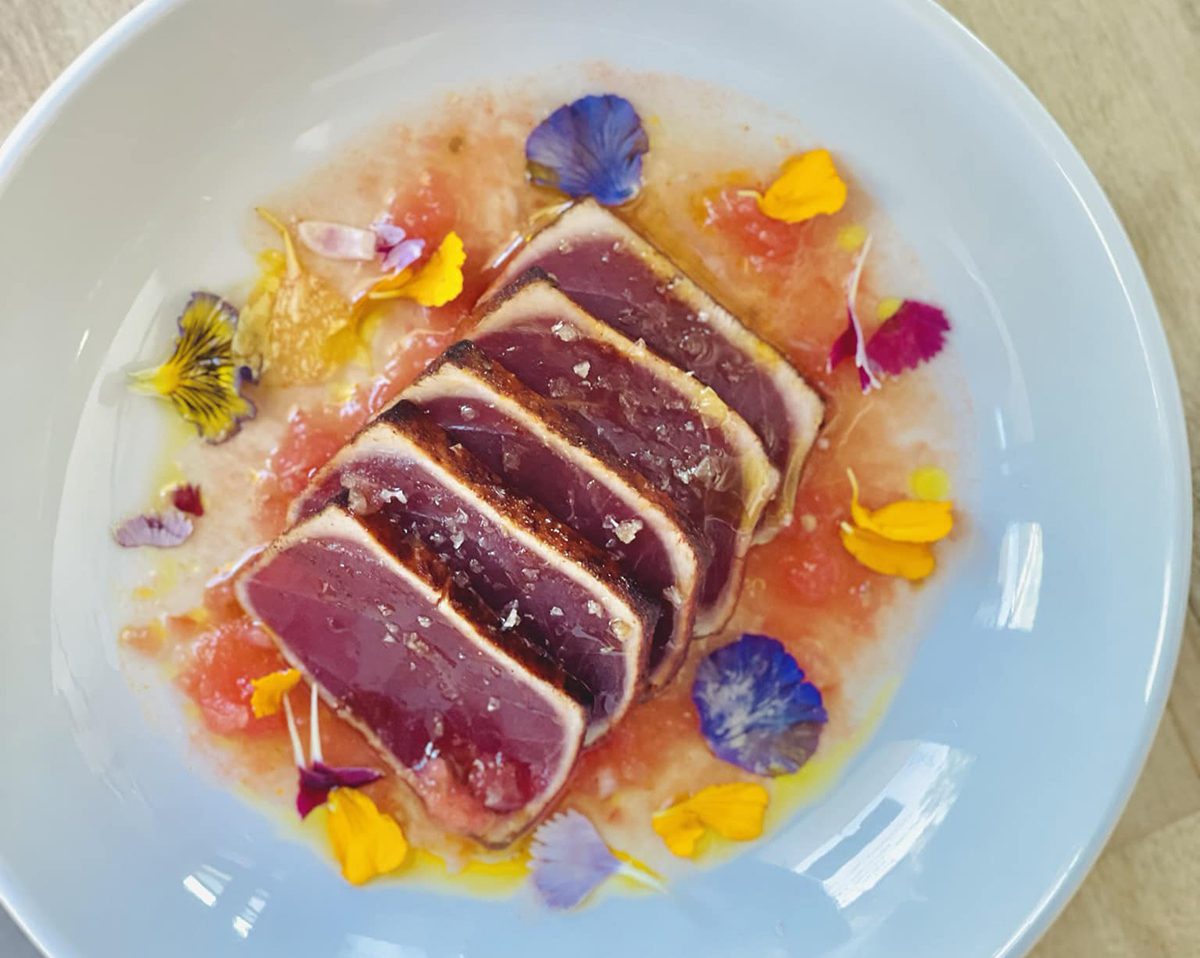 “We are kind of this new southern restaurant,” Jones said.

His dishes are light yet hearty and made with Arizona ingredients.

“I like to see people’s reactions. We get new diners in, they eat for the first time and they’re taken aback because they read the menu and assume,” Jones said. “They didn’t expect that. If you read our menu at times it reads heavy, but then when you eat it’s light. We meld the new with the old.”

Guests come from far and wide with hopes Jones will open a location in their city, but for Jones, Phoenix is home and where he plans to make his mark in the culinary world.

“People always say if you were in New York, LA, or even Las Vegas you’d have a Michelin Star. But we want to be the first to do it here. Every year we’ve been here it’s gotten better and better. We’re making a name for ourselves. We’re going to put Phoenix on the culinary map,” he said.

Jones has seen Downtown Phoenix change so much over the years. So much, he’s known as the ‘downtown old guy’ and he wears the name with pride.

“My hope for what Downtown could be is letting artists be artists. Whether that is culinary arts or architecture,” he said. “I’ve been fortunate to meet so many talented people here in Downtown Phoenix who can affect the city in such positive ways. Just trust what we’re doing.”