Valley sports fans who revel in the prestigious and glamorous Fiesta Bowl every holiday season should be aware of the tasty gridiron appetizer once served in Phoenix.

Although the name sounds like a heart-healthy restaurant, the Salad Bowl was a postseason college football extravaganza that brought Arizona together in celebration upon its debut in 1948. For a brief period, it was a significant event until rulings by outside entities contributed to its demise.

What the bowl game lacked in top-tier teams and glitz, it made up for in homespun promotions. Salad Bowl participants still reminisce about the most memorable “food truck” to ever grace Phoenix’s streets.

“The bowl organizers took a cement mixer from the Arizona Sand & Rock Company and filled it with lettuce and other fixings,” said the late Emery Harper, who played linebacker for Arizona State University, then known as Arizona State College, in the 1951 game. “My brother-in-law, J.H. Robbins, was the truck driver and turned on the mixer, creating a tossed salad everyone enjoyed.”

This marketing flair kept the Salad Bowl on the college football postseason menu for an eventful eight-year run after World War II. 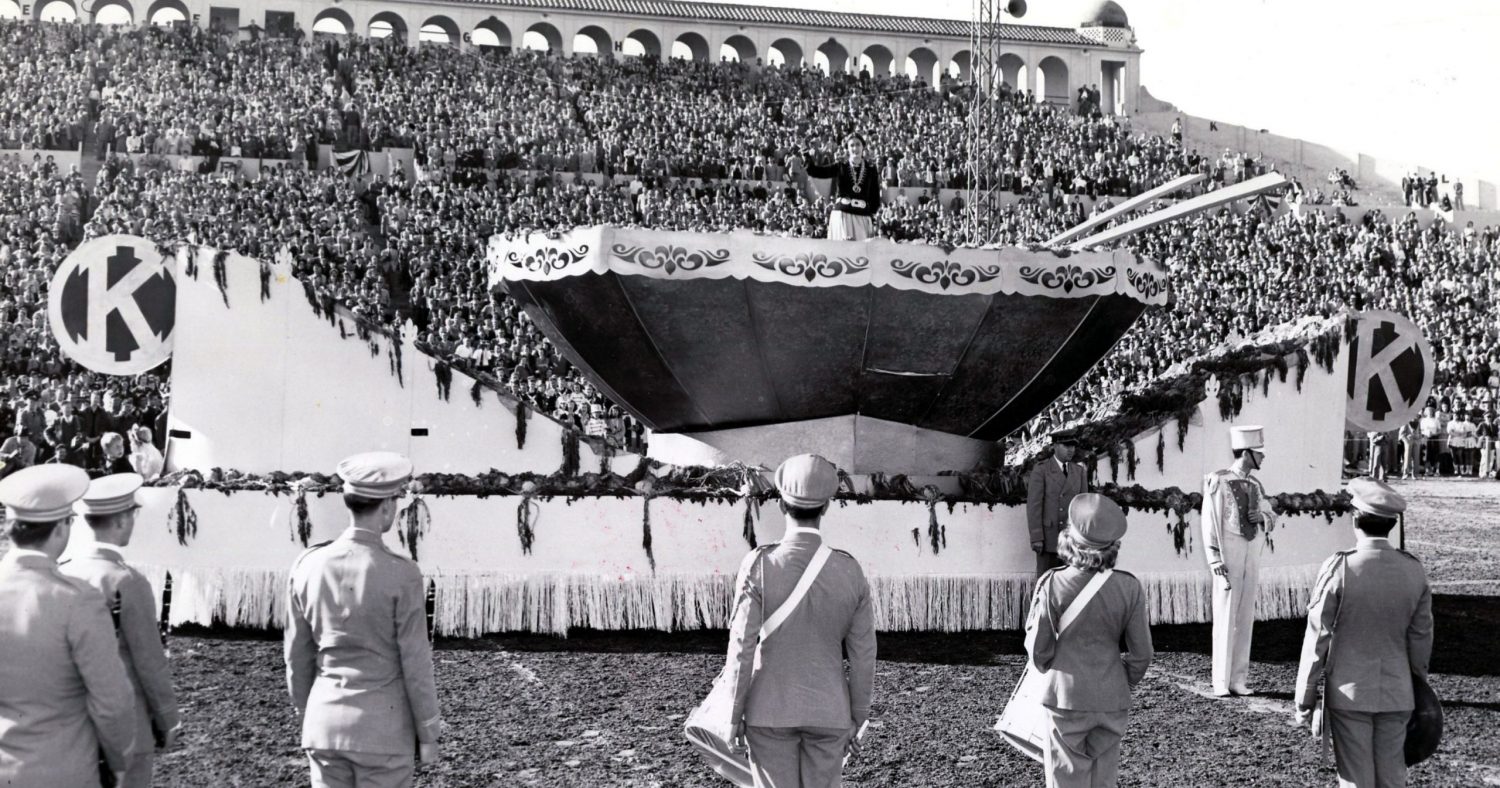 The Kiwanis Club of Phoenix added this bowl game to the holiday season’s pigskin cornucopia. After tossing around potential names like the Cactus, Vegetable, and Lettuce bowls, they settled on the Salad Bowl to reflect the Valley’s abundant variety of crops. Football and festivities were combined at the city’s then-largest venue, Montgomery Stadium, located at the northeast corner of Van Buren and Seventh streets, to raise money for Arizona’s disabled children. Hanny’s department store sold tickets to the big game.

Many big-time football schools were courted for the inaugural Salad Bowl in 1948. Finally, officials settled on Nevada Reno, which beat North Texas State 13-6 before 12,500 fans.

The following year, the Salad Bowl was revamped, with an automatic invitation given to either ASU or the University of Arizona, depending on which school had the best season. The 18 other Arizona Kiwanis Clubs co-hosted the event and launched a Salad Bowl parade attended by an estimated 200,000 spectators. 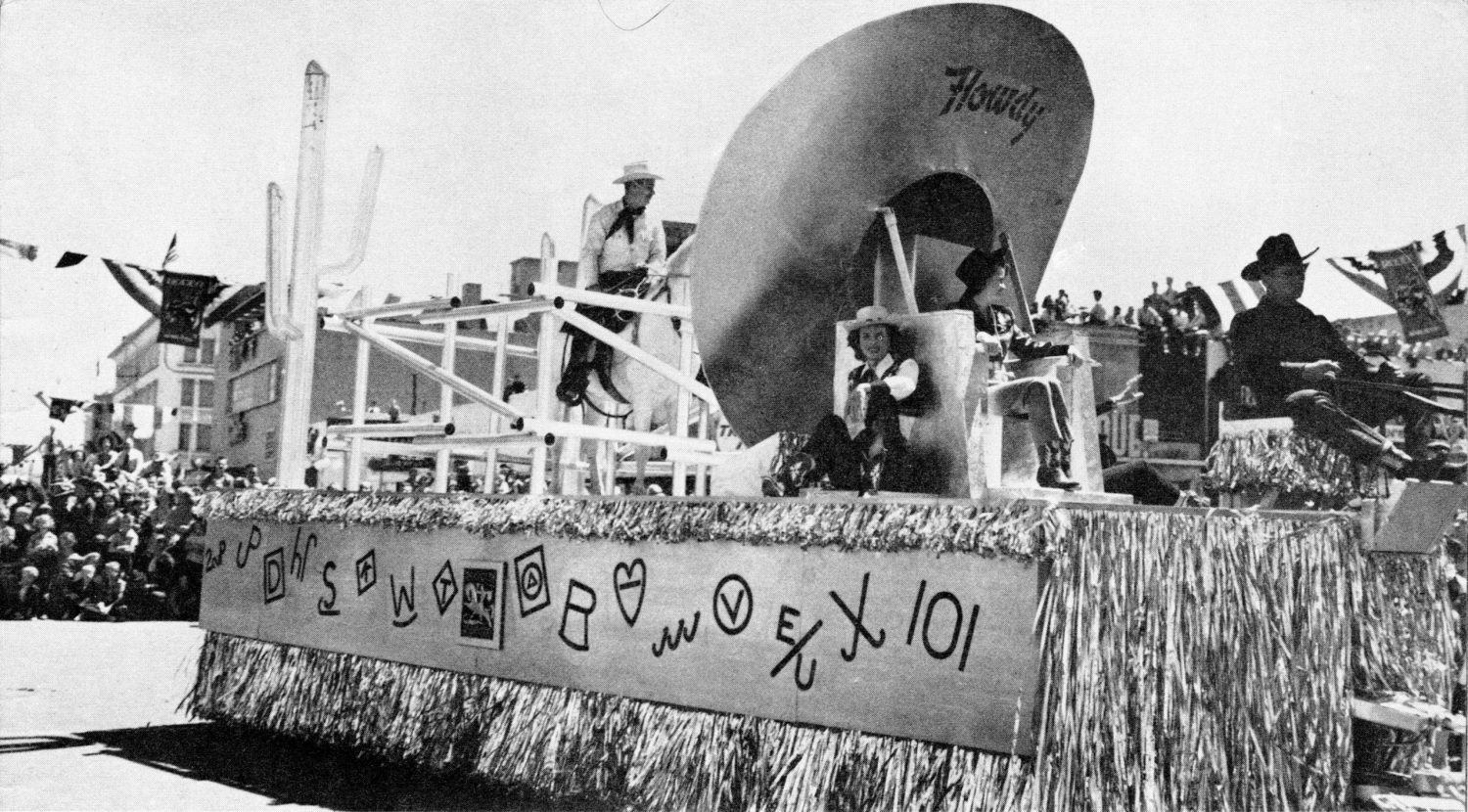 The procession to Montgomery Stadium featured former heavyweight boxing champion Jack Dempsey, 40 floats, each towed by four football players, and 2,000 high school musicians. At halftime, the bowl queen was announced as she rose from the center of a salad bowl surrounded by fresh produce on a float sponsored by the Arizona Vegetable Growers Association.

The Salad Bowl looked to be heading toward the pantheon of collegiate postseason games. But the game suffered a major setback when the NCAA passed a by-law dictating that 75 percent of a bowl game’s gross receipts must go to participating schools. Since most of the Salad Bowl’s revenue went to charity, the game was reinvented as a championship for military base teams.

After two years of blowout games and declining attendance, the Salad Bowl became an all-star game featuring the top 25 seniors from the Skyline and Border conferences, which included Arizona and ASU. Unfortunately, this format failed to revive the Salad Bowl, and the Kiwanis Club canceled the parade in 1955 and the game the following year.