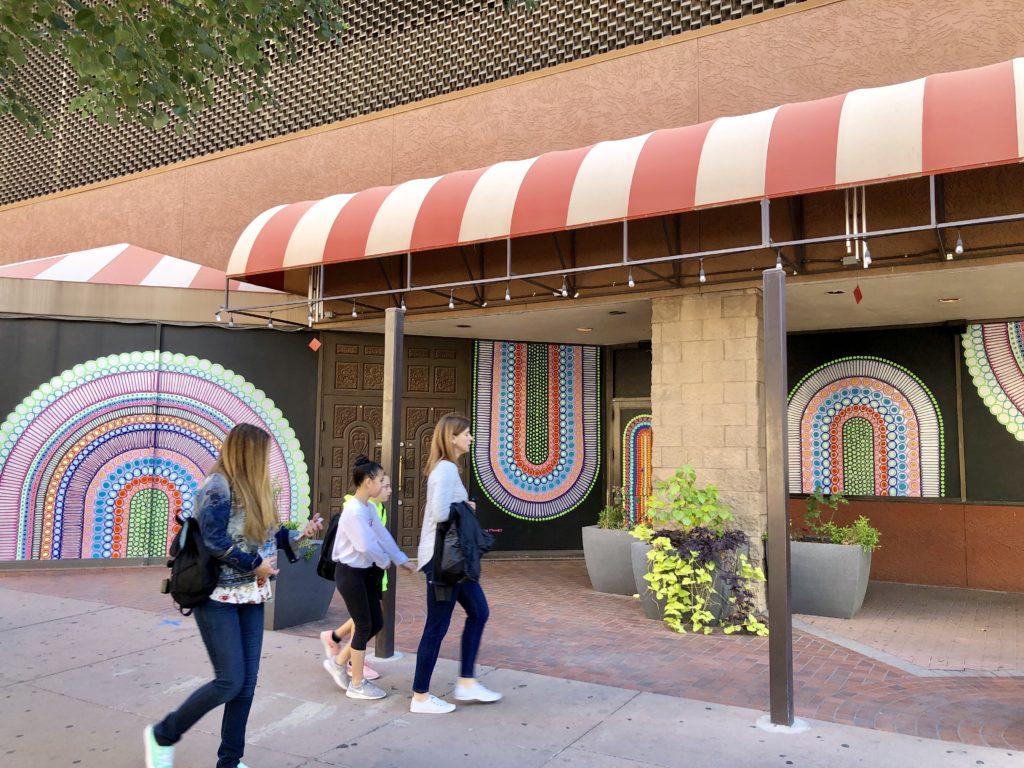 Murals, historic buildings and city lights—put yourself in Downtown Phoenix’s most colorful backdrops the next time you’re exploring. Whether it’s graduation photos or just taking a million pics of your dog (no shame), here are some of our favorite places to strike a pose:

A stroll in Civic Space Park isn’t complete without at least a few pics in front of this mesmerizing sculpture raised 145 feet above DTPHX. Day or night, “Her Secret is Patience” by artist Janet Echelman is a stunner.

A post shared by EclipseMedia Photography (@eclipsemediaphotography) on Aug 13, 2018 at 2:36pm PDT

What a dress, what a location. 😍 The Rosson House—a fully-restored 1895 Queen Anne Victorian museum—makes an elegant spot for quinceañera or wedding photos.

Grateful for friends who are passionate about what they do and always looking to expand their knowledge of their craft. Pictured here is @sole319 when we walked around downtown talking photography and snapping photos.

Take a walk by Westward Ho, where celebrities and presidents once stayed. The former hotel has since been converted into affordable housing.

Meet “Malinda,” a mural by Hugo Medina and Darrin Armijo-Wardle that brings to life the alley connecting Central Avenue to First Street.

The last time I was in Arizona was to photograph these two babes and their #downtownphoenix wedding! @jenvanlandingham and Mike: thank you! My last wedding of 2017 was magical with you two! I’ll be back for my last AZ wedding in early March (it’s almost here @mikaylasears !!). Hope to see my Arizona people while I’m there! Xo ✨ Coordinator: @janecastleevents Jen’s gown: @cleoandclementine Mike’s suit: @magroclothing Flowers + decor: @1209creative Makeup: @snmakeupartist

Give wedding or graduation photos an urban stamp on the bridge over Central Avenue. Then, celebrate at The Duce with one of their flavorful cocktails (like the organic peach cobbler) and a scrumptious pie jar for dessert.

Construction, but make it fashion. This scaffold may be one of the most unique places we’ve seen a DTPHX portrait.

Urban vibes on Washington Street and Central Ave. We spy the Nevercrew bear mural, “El Oso Plateado and the Machine,” in the distance.

A post shared by Elopement Photographer (@beginningandendphoto) on Mar 21, 2019 at 8:14am PDT

How stunning is this Roosevelt Row mural by Brian Boner?! Hundreds of birds painted on the side of monOrchid make for captivating engagement photos or a solo selfie.

Last but not least, here’s a spot to take flight on the same monOrchid wall (mural by Lauren Lee). Grab a beer and watch people pose from across the street at the new Arizona Wilderness Brewing Co.