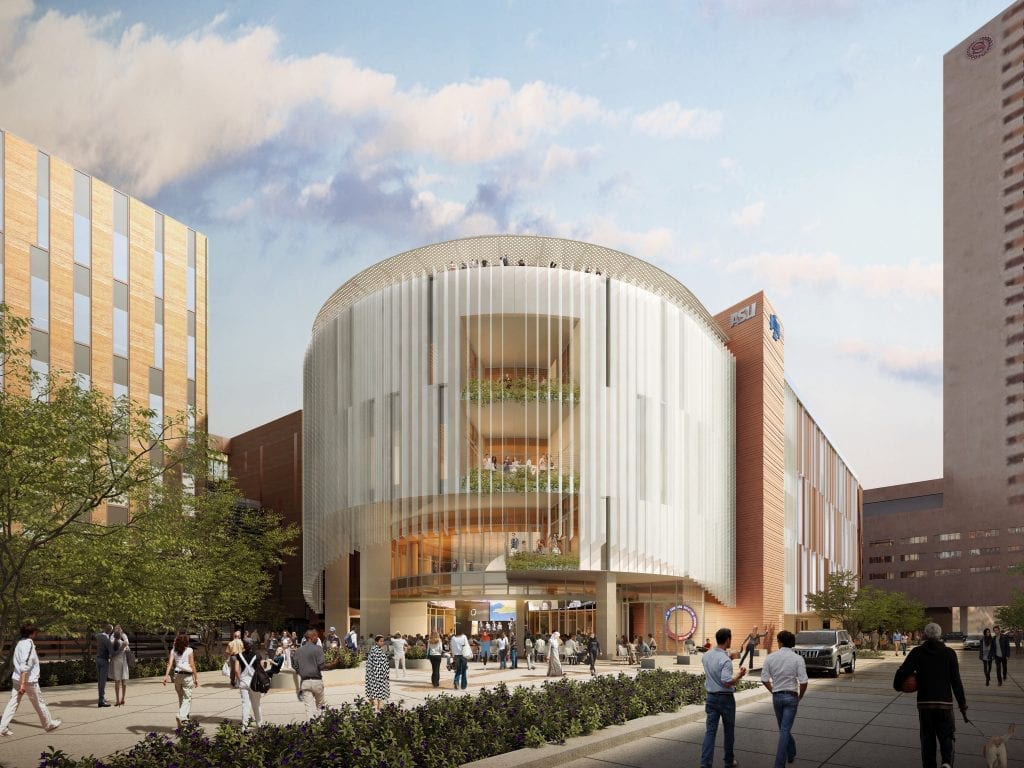 The global headquarters for the Thunderbird School of Global Management will open in the fall of 2021. (Photo courtesy of Jones Studio and Moore Ruble Yudell Architects & Planners.)

Thunderbird was founded in Glendale more than 70 years ago as a school of international business and global leadership, and for years, it was the only program offering international management training. The renowned school has an alumni network of more than 43,000 professionals with many in high profile leadership positions, including Sam Garvin, Vice Chairman of the Phoenix Suns and the CEO of PepsiCo.

In 2014, Thunderbird officially became part of ASU, and in 2018 moved from its Glendale campus to a temporary location at Arizona Center in Downtown Phoenix. This move brought the school closer to a dense core of students, businesses and international events that can be tapped for collaboration and, of course, innovation. The school’s downtown arrival also opens the door for Phoenix to connect with businesses from around the world and recruit top talent. 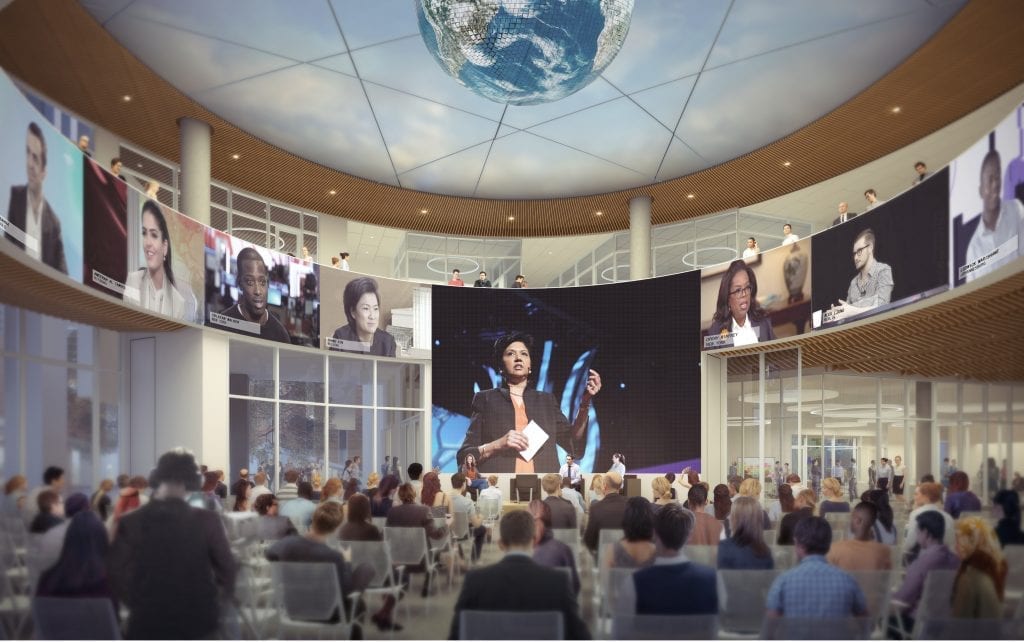 Thunderbird’s high-tech spaces will include a global forum, pictured, and a language lab with augmented and virtual reality. (Photo courtesy of Jones Studio and Moore Ruble Yudell Architects & Planners.)

More than 12,200 students currently attend class at the ASU Downtown campus with 15,000 students projected by 2020. Joined by University of Arizona’s Eller MBA Program and College of Medicine as well as Northern Arizona University, Downtown Phoenix is home to all three of Arizona’s public universities — that were originally attracted to downtown for the area’s public transportation options, residential offerings and things to do.

Thunderbird’s new headquarters will be located at First and Polk streets, next to the Beus Center for Law and Society, home of the Sandra Day O’Connor College of Law at ASU. The five-story, 112,000-square-foot building will have an open design that integrates meeting rooms, study space, offices and flexible areas for dining and collaborative work.

A large event space will serve as an interactive global forum that can host speakers from any remote location. There will also be a pub on the top floor and a heritage lounge that reflects on the school’s history.

What this means for Downtown Phoenix 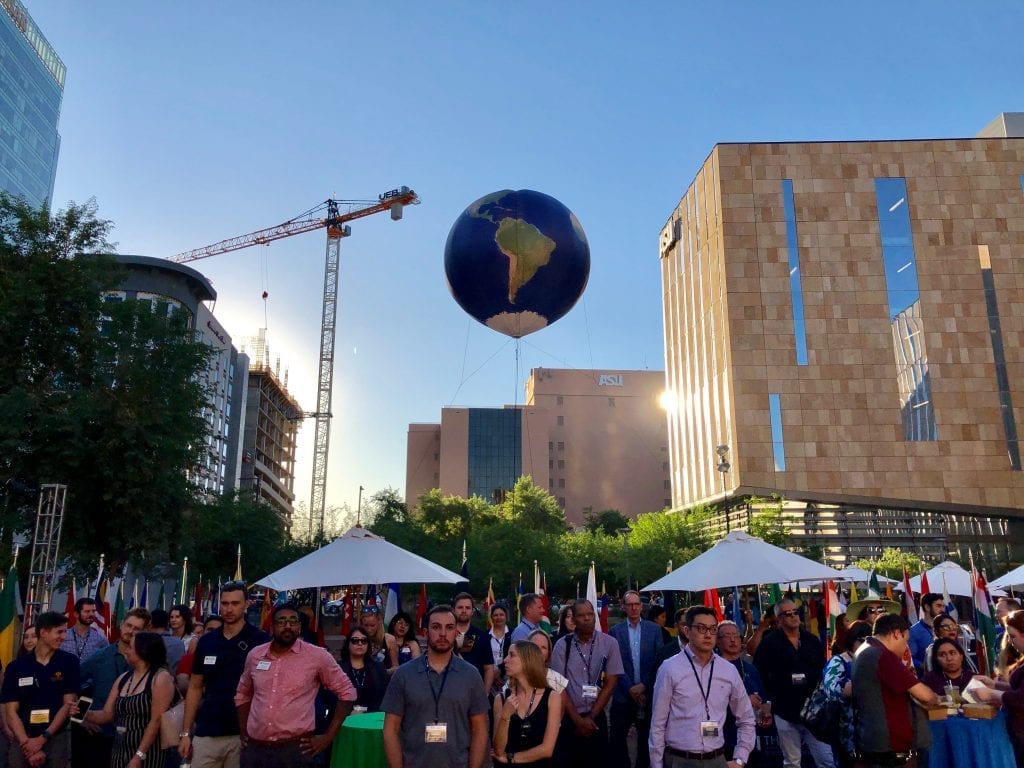 The groundbreaking for the Thunderbird School of Global Management on Monday, Oct. 7 had hundreds alumni and enthusiastic Arizonans in attendance. (Photo: Taylor Bishop)

Thunderbird’s headquarters will train future leaders from around the world in industries that range from entertainment to banking, politics, biotechnology and more.

While more companies flock to Downtown Phoenix’s innovation core, Thunderbird will be attracting leaders from around the world to the school as guest speakers, educators and students. These leaders get to experience downtown in its prime, and help shape its future as a global city.

Construction is scheduled for completion in the fall of 2021 — when the Thunderbird community will also be celebrating the 75th anniversary of the school’s founding.