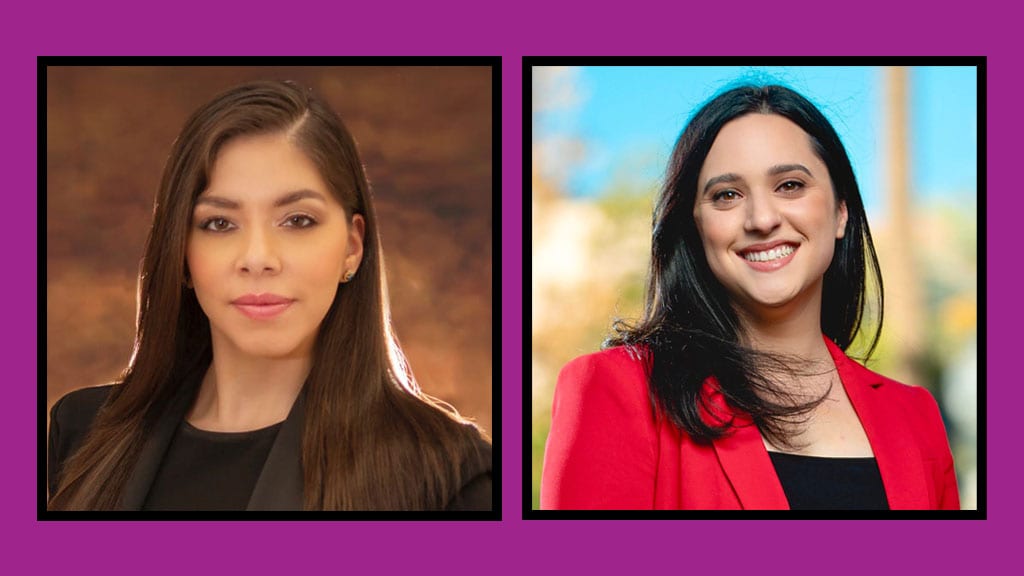 As both rents and the desire to live an urban lifestyle increase — affordability, gentrification and the notion of long-time residents being “priced out” are some of the most pressing issues facing Downtown Phoenix.

With a broad range of downtown-centric question addressing everything from public parks and policy changes to transportation, the PCA forum was designed to be a nonpartisan, educational platform for downtown voters.

Because neither District 7 candidate received a majority of the votes cast (50 percent plus one vote) in the Nov. 3, 2020 election, a runoff will be held on March 9, 2021. District 3, which encompasses North Phoenix, will also elect a councilmember. Learn more about the March 9 runoff election.

An Arizona native, “proud downtown resident,” and daughter of two immigrants, Ansari attended both Stanford and Cambridge universities, and most recently served as a senior advisor at the United Nations. Her work has focused on climate change, air pollution and public health.

Top priorities: safety during the COVID-19 pandemic and economic recovery, the affordable housing and homelessness crises, clean air and water, and public safety.

Ansari said she wants to follow through with the city’s Housing Phoenix Plan unveiled in 2019, and focus on housing diversity.

“As Phoenix just went through the process of releasing its new affordable housing plan, we found that we were 160,000 housing units short for affordable housing throughout the City of Phoenix,” she said “This is especially prevalent in District 7 where people are spending about 46 percent of their income on rent, which is absolutely ridiculous and atrocious. I’m very excited to work with PCA, as well as the mayor, to make sure the 50,000 units of affordable housing that were promised in the city’s new plan are actually developed and implemented over the course of the next couple of years.”

Cinthia Estela has lived and worked in District 7 for 17 years. Her family emigrated from Peru when she was two years old, and she’s lived in Arizona her entire life. As a mom of two, she lives in the village of Laveen, and is active on a number of planning, community and council committees, including the Laveen Community Council and Laveen Village Planning Committee. Estela is an entrepreneur and paralegal.

Estela said she wants to leverage City of Phoenix-owned properties to develop affordable and workforce housing, as well as take advantage of GPLETs – Government Property Lease Excise Tax. GPLETs are a redevelopment tool, with the goal of incentivizing certain, eligible projects through property tax breaks.

“We need to develop City of Phoenix property with the understanding that developers will use that to build more affordable housing. At the end of the day, that savings will trickle down to the renters and the people that will be occupying that property,” she said. “I’m also a big believer in GPLETs — that would be an eight-year tax break, but we get an additional 10 percent of affordable housing. We need to make sure that they would be paying the tax that would be going to the schools for the eight years of the tax break, but we definitely need to look throughout the City of Phoenix — we own tons of land.”