Voting in DTPHX: Everything You Need to Know for the District 7 Runoff Election 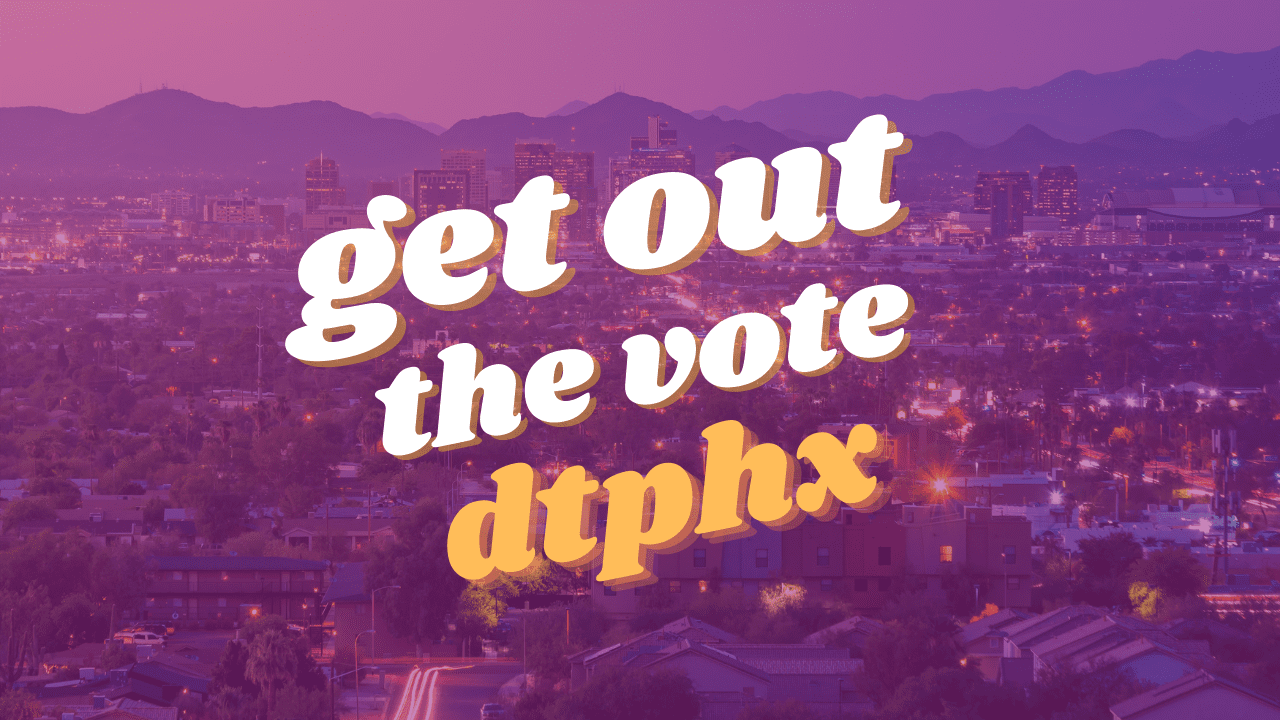 Downtown is getting a new Phoenix City Council member on March 9, and early voting is already underway. If you didn’t realize there was a runoff election upon us or you simply just need the who, what, where, when, and why, here’s a brief guide with the important info to help you stay on top of your civic duties.

What does a Phoenix City Council member do?

In one sentence, they’re the people you can talk to about local issues that you’d like to see addressed.

Our City Council, and every city and town council, is a locally elected, policy- and law-making body that has the authority to pass city laws and ordinances. The term length for each council member is four years. At regular meetings, typically open to the general public, the Council hears requests and grievances of local citizens (ie:, YOU!). They also receive updates from city staff and affiliate organizations on current projects and initiatives happening across the community.

What council districts are voting, and why?

Both Districts 7 and 3 are participating in this year’s City Council Runoff Election. This election is being held for the two available spots after no candidate for either seat received more than 50% of the vote in the November 2020 general election. The winner of this runoff election will be determined by vote count, rather than a percentage of votes, meaning that the candidate with the most votes wins the seat.

How do I know what district I’m in?

District 7 encompasses parts of Estrella, Maryvale, Laveen, South Phoenix and Downtown Phoenix. District 3 encompasses North Central Phoenix, Moon Valley and part of North Phoenix. You can use this handy tool from the City of Phoenix to determine your voting district.

Who’s on the ballot for District 7 (DTPHX)?

What are the important dates?

It can be hard to remember all the deadlines and dates for elections, so here’s a list to help you keep track:

How can I vote in this election?

Where do I vote?

Where can I cast my EARLY in-person vote?

Voters in District 7 or 3 can vote early in-person at Phoenix City Hall. Don’t forget to wear a mask.

Where can I cast my vote on election days? (click for directions)

Voters in District 7 or 3 can choose from any of the 12 voting centers listed below. All locations will be large enough to allow for physical distancing and safety protocols will be in place. Don’t forget to wear a mask.