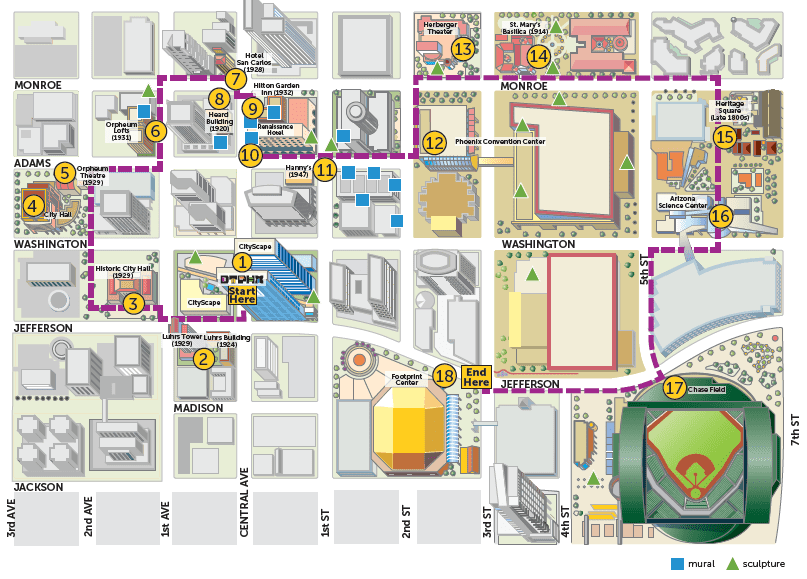 This walking tour of Downtown Phoenix is free, self-guided, and takes about an hour, depending on pace. For more details about the locations listed, other historic buildings downtown, or cool public art worth checking out, call the Downtown Information Center at 602-495-1500. 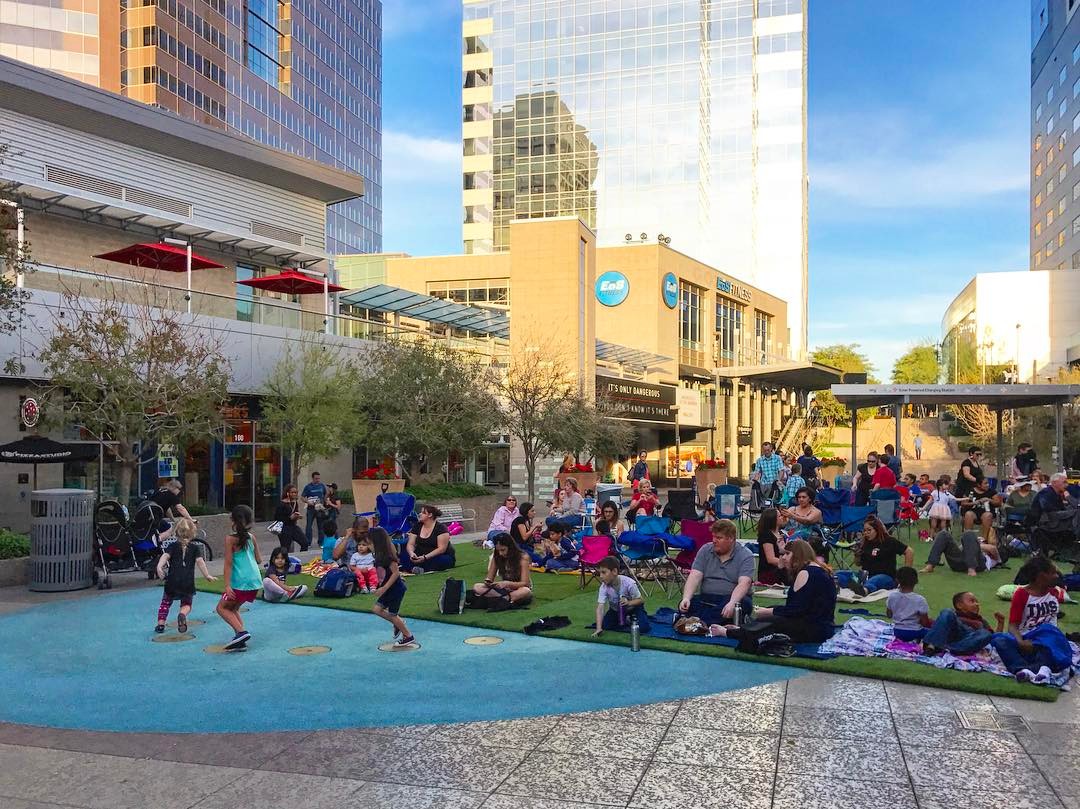 Originally a public park, it was redeveloped into a mixed-use complex in 2008. On the second floor of the east building above Charming Charlie, you’ll find the Downtown Information Center with everything from restaurant menus and coupons to maps and business directories. In addition to a host of visitor resources, there’s always an Ambassador at the welcome desk to answer questions. 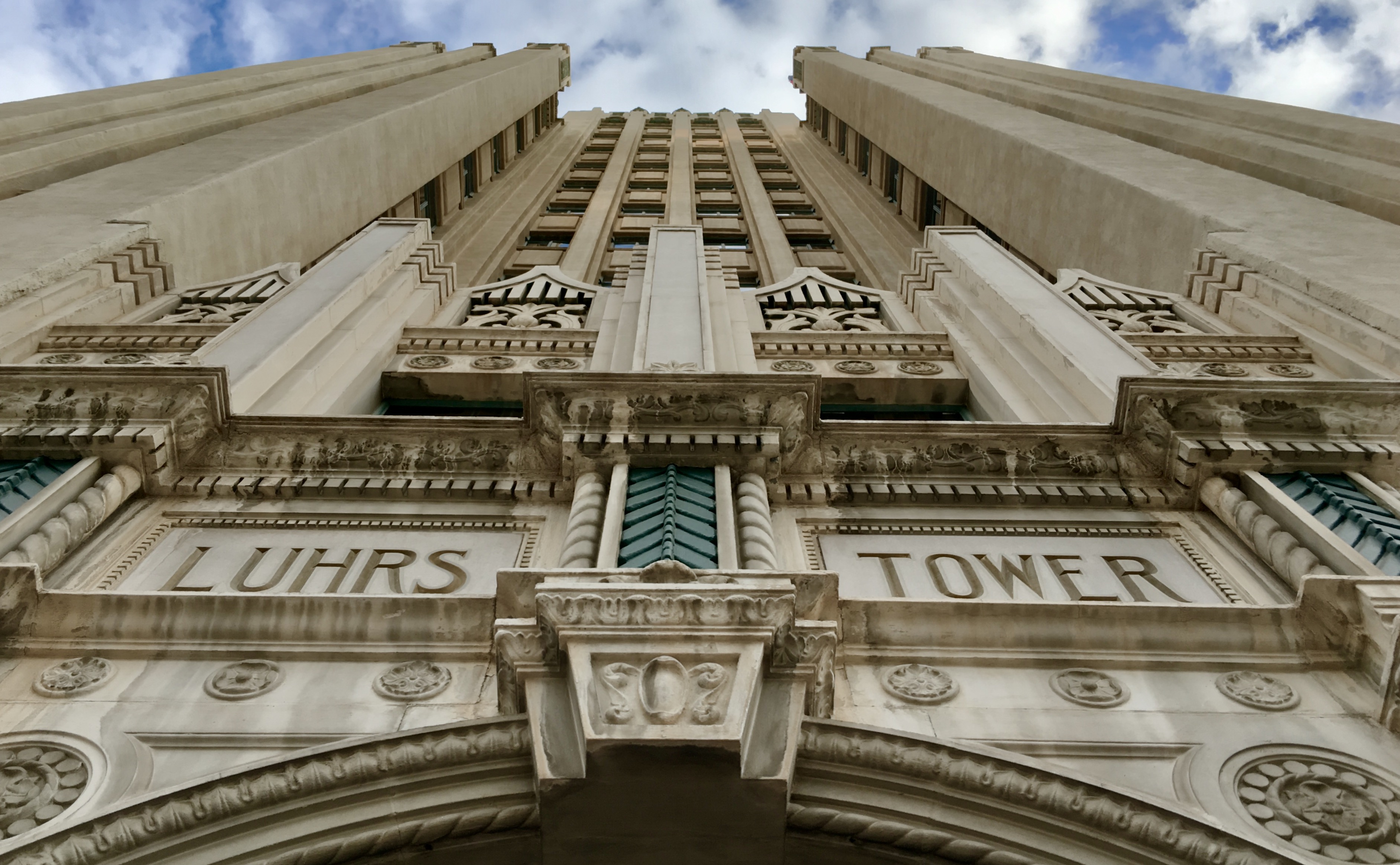 Built in the 1920s, the L-shaped Beaux-Arts building (1924) and the attached 14-story Art Deco tower (1929) represent beautiful examples of historic Phoenix architecture. On the ground floor, be sure to check out Bitter & Twisted Cocktail Parlour — named one of America’s best bars by the Food Network in 2016 — Monroe’s Hot Chicken or la Madeleine French Bakery & Café. 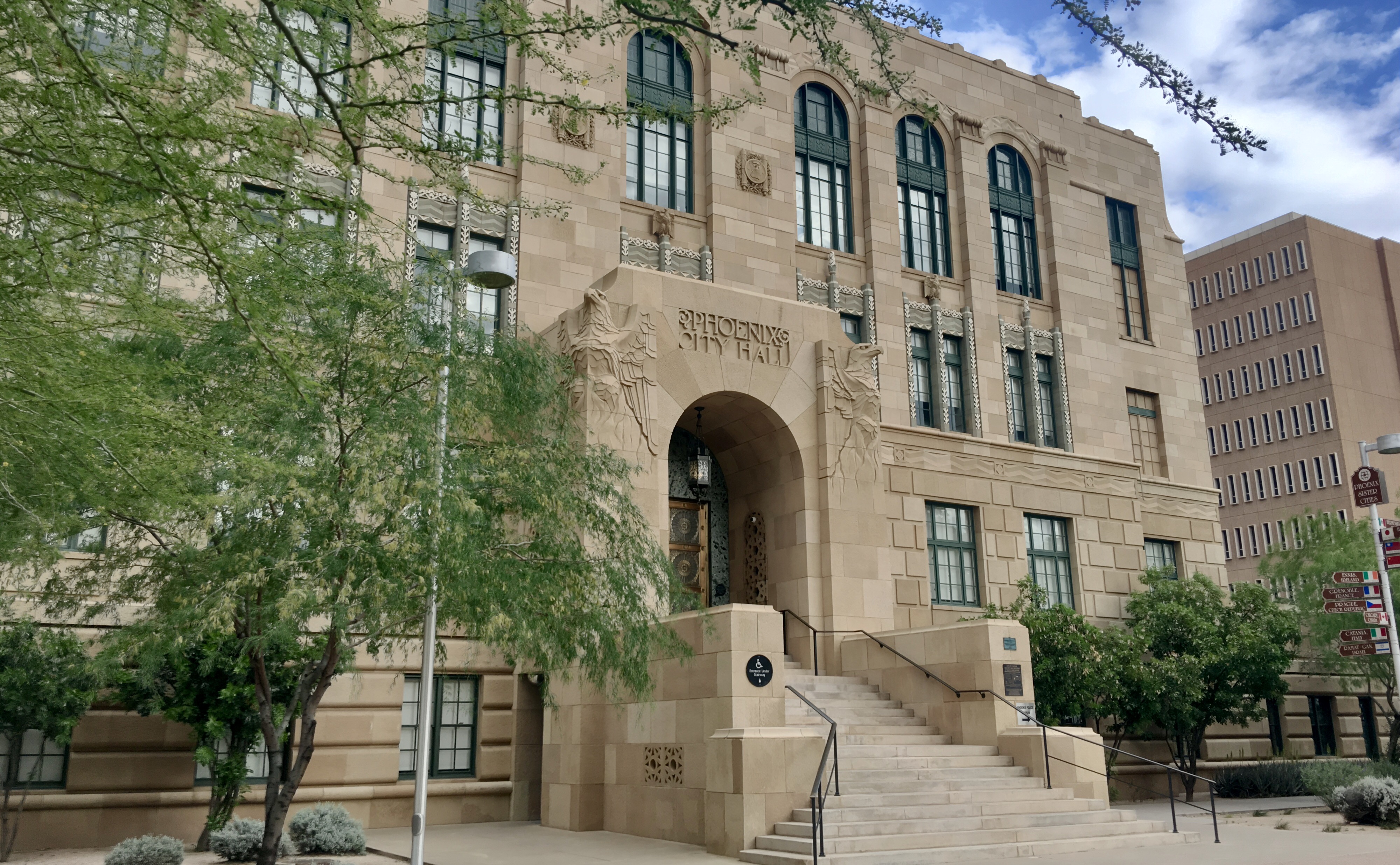 This building served as Phoenix’s City Hall from 1929 until 1994, and is now home to the Phoenix Police Museum (first floor) and the Maricopa County Justice Museum and Learning Center (sixth floor). Admission to both are free. The justice museum is open for self-guided tours Monday-Friday from 8 a.m. to 5 p.m. A docent is on hand to give tours and answer questions Monday-Thursday from 12:15 to 1:15 p.m. Operating hours for the police museum are Monday-Friday from 9 a.m. to 3 p.m. 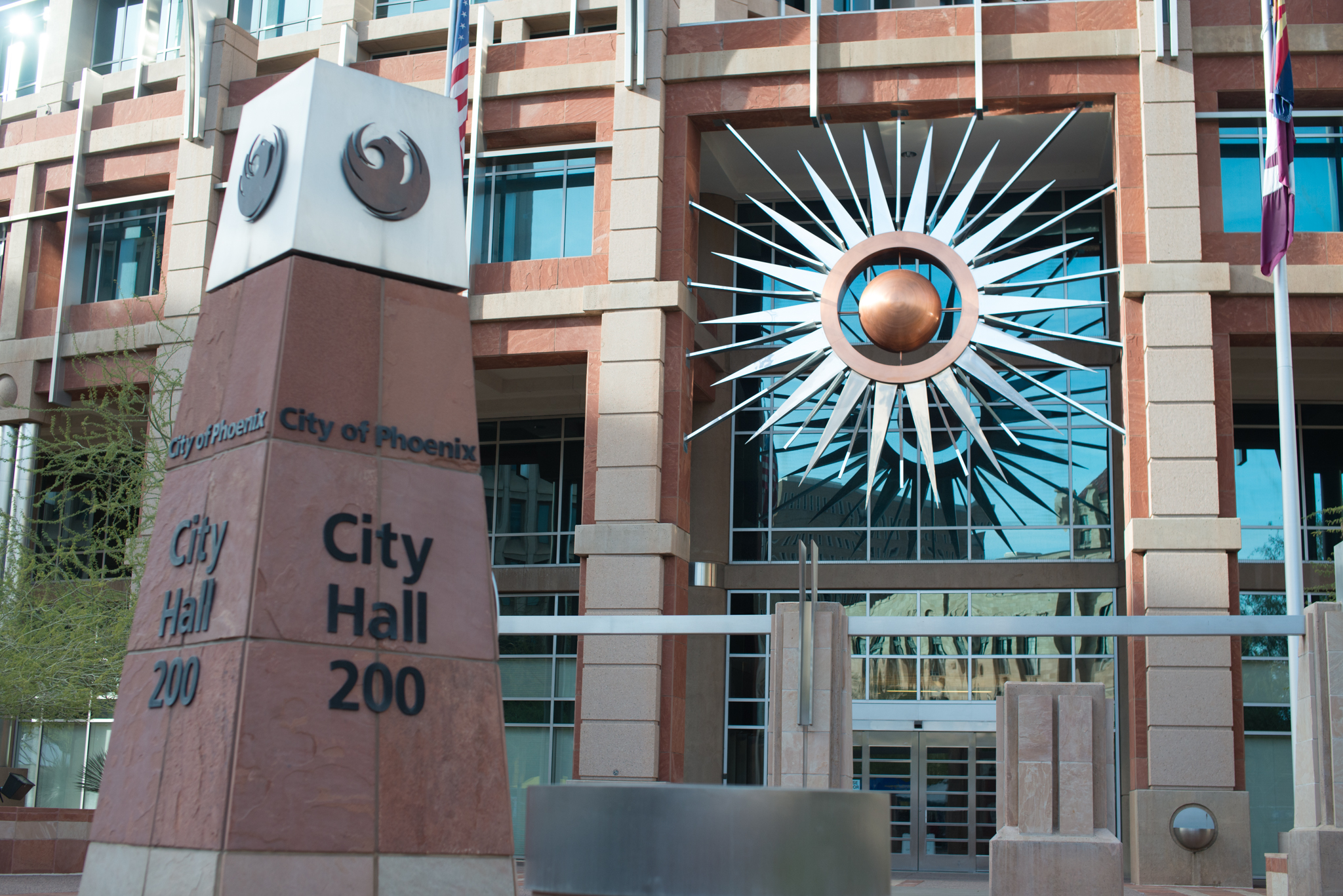 Completed in 1994, the Employee Memorial fountain, Gallery @ City Hall and a shady outdoor courtyard make this a nice stop along the tour. 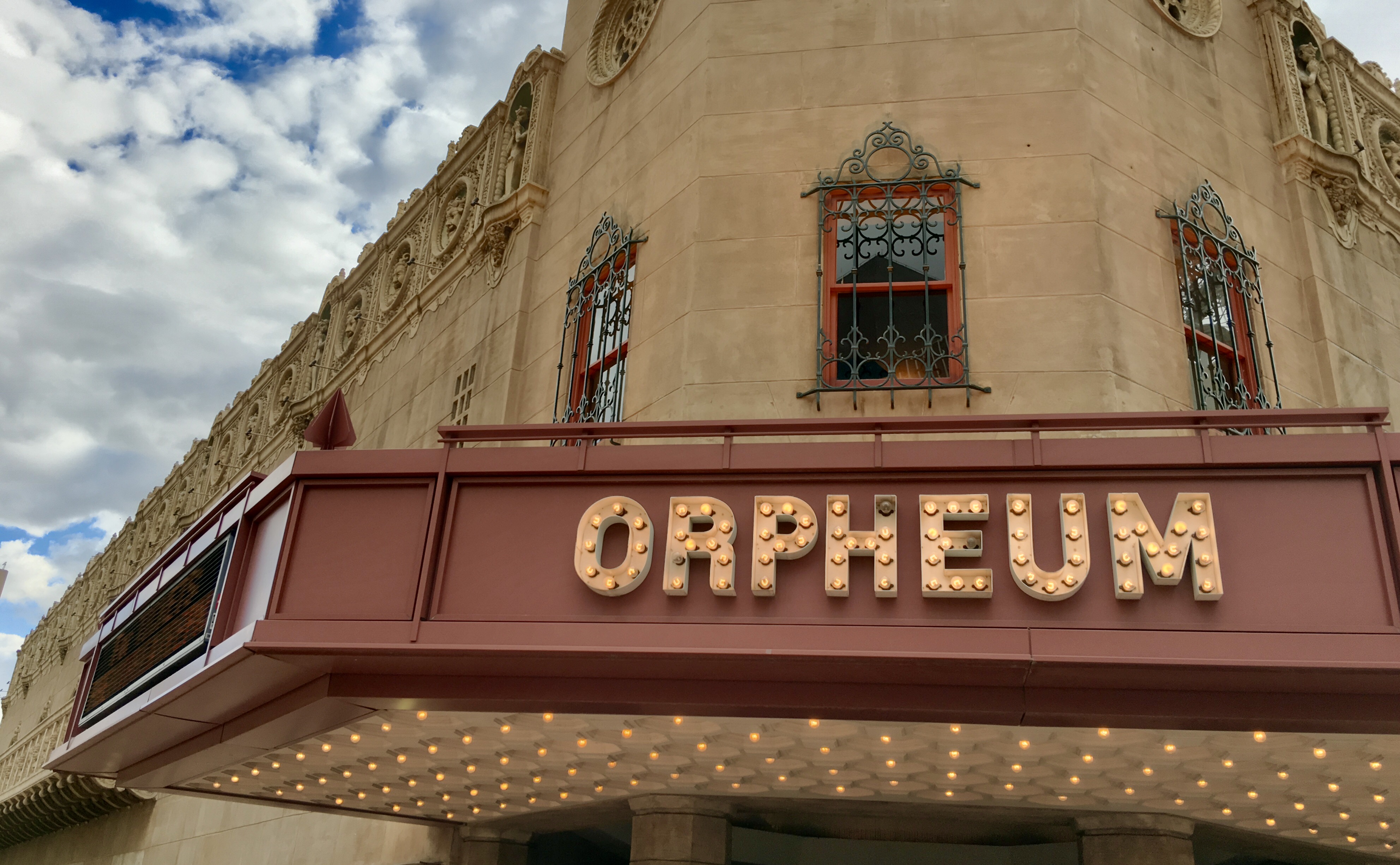 In 1984, the City of Phoenix purchased this historic theater after it fell into disrepair, beginning a 12-year restoration project. Built in 1929, free tours take place on alternating Tuesdays. The Wells Fargo History Museum (also free) is located just steps away on Second Avenue and Adams Street. 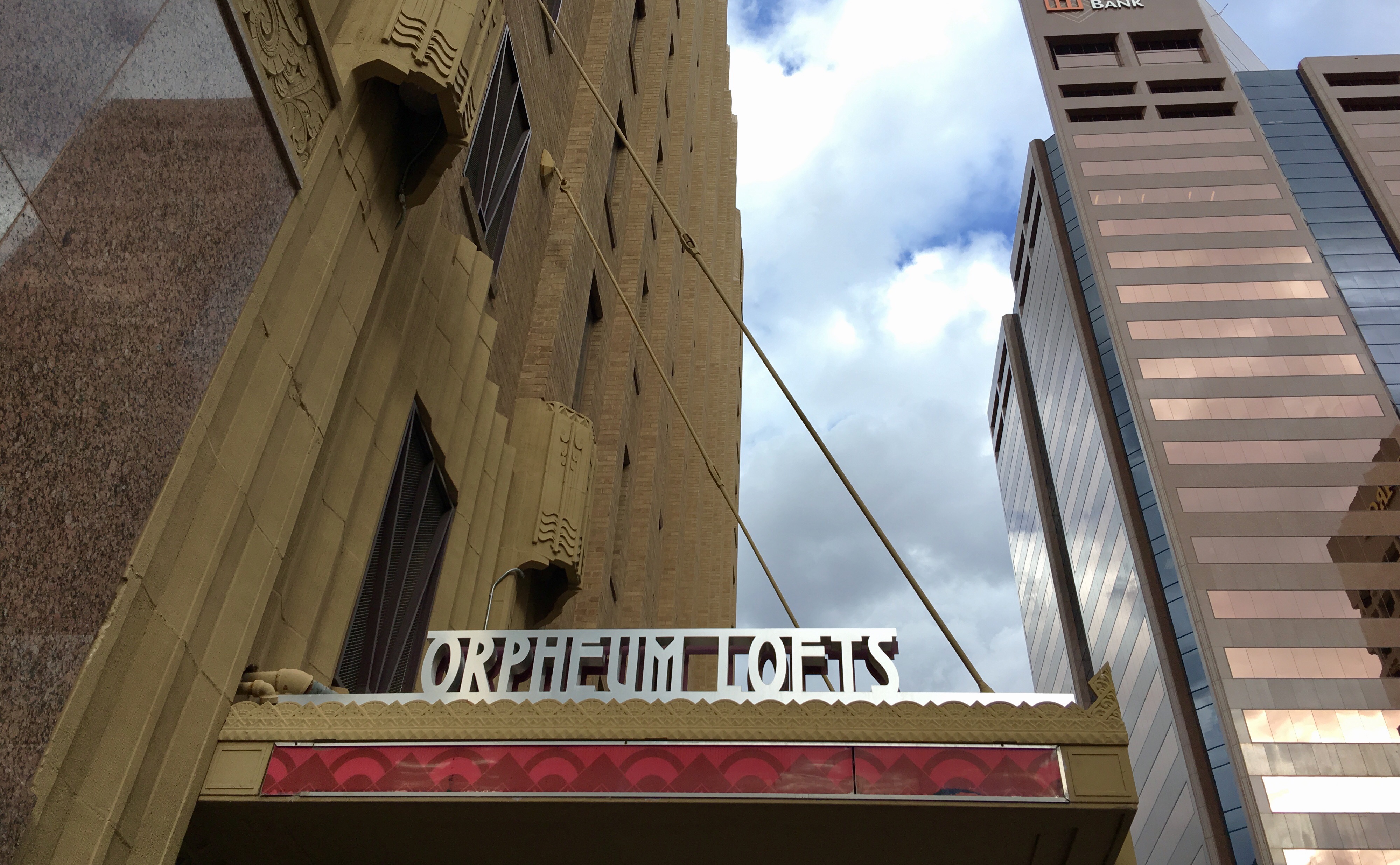 Built in 1931, Alfred Hitchcock filmed the opening sequence in “Psycho” from the rooftop of this historic office building. It’s now home to urban lofts. 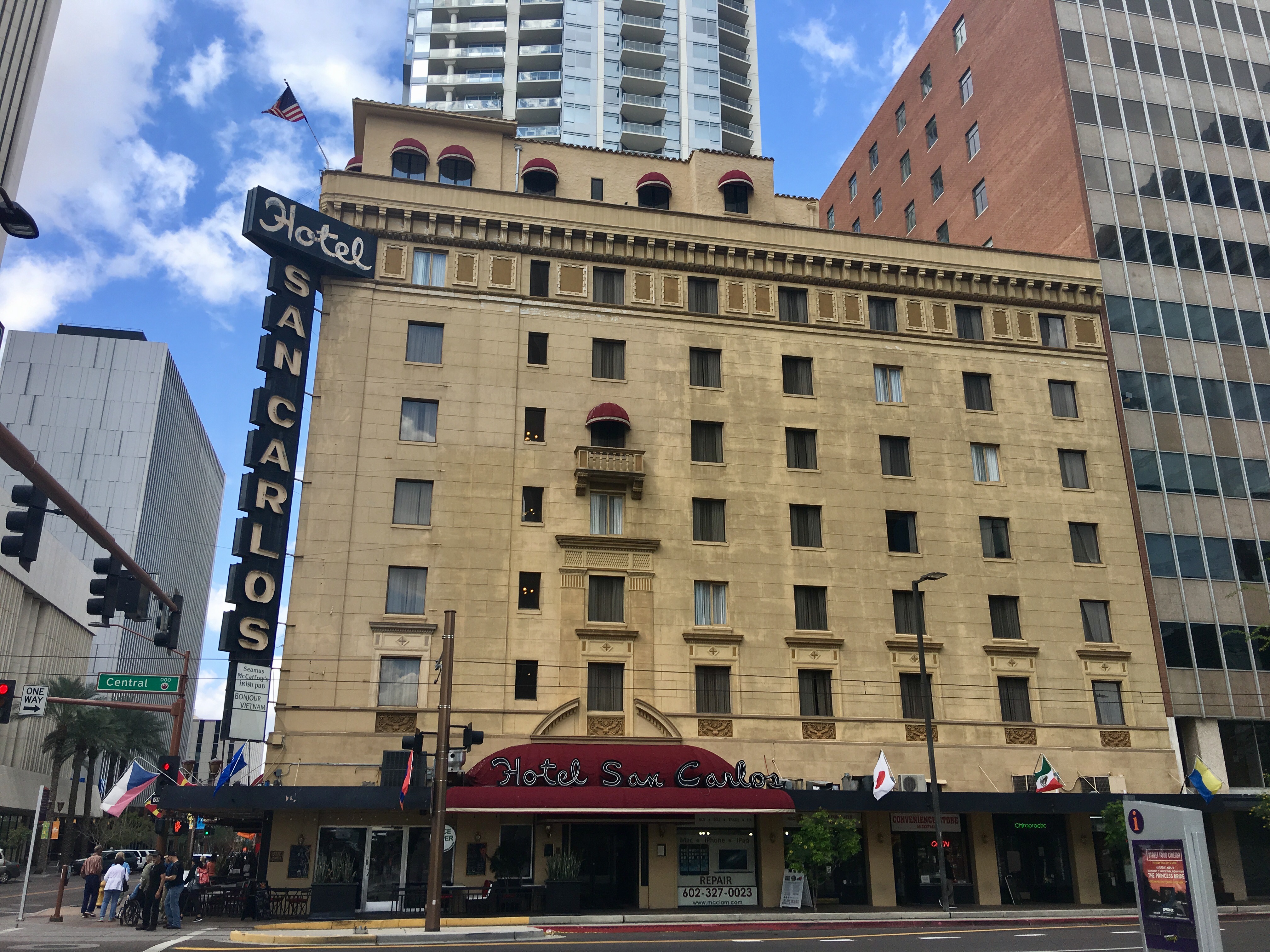 In 1874, the first Phoenix schoolhouse stood in this location and it later became a luxury hotel in 1928. In addition to great ground-floor bars and restaurants, be sure to the check out the Hollywood-style “Star Walk,” which wraps around the hotel. It was created in 1993 to commemorate the hotel’s 65th birthday and memorialize the celebrities who stayed here over the years. There are also some great ground-floor bars and restaurants including Centrico Cocina Mexicana and Seamus McCaffrey’s Irish Pub and Restaurant. 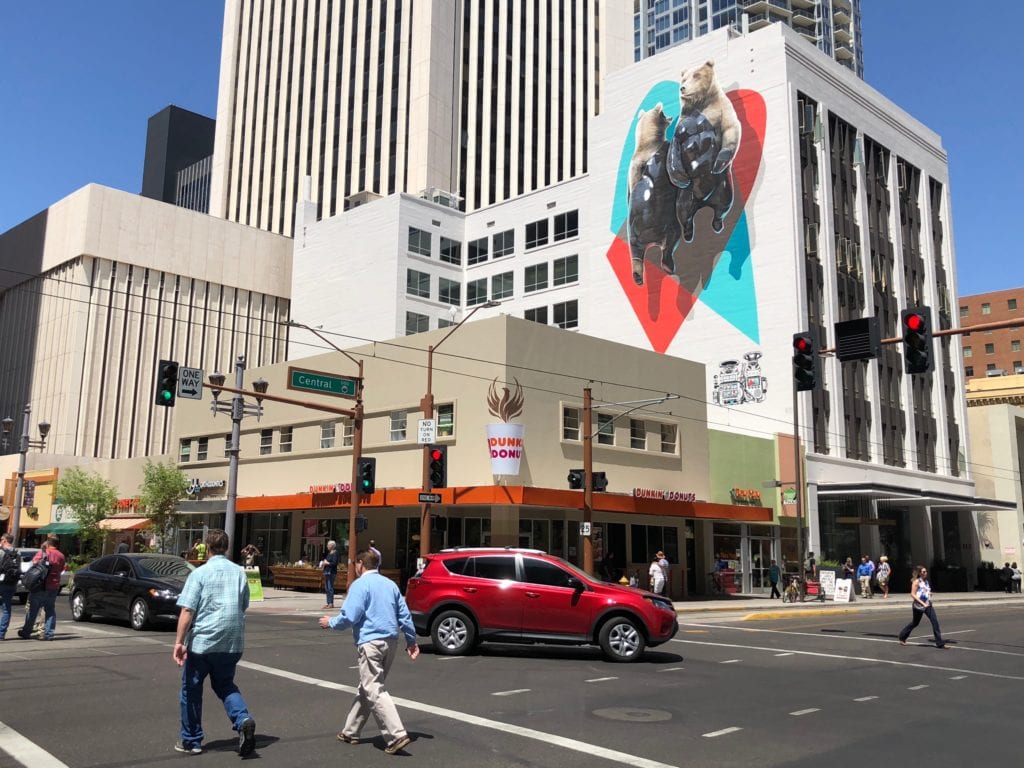 Built in 1920, it was the tallest structure in Arizona upon completion. Remodeled in 2015, it’s now a hotspot for small tech companies and startups, offering some great ground-floor restaurants. You can’t miss the large bear mural on the south side of the building completed by the Swiss art duo Nevercrew, but be sure to check out the murals in the alley and the lobby too, also by the same artists. 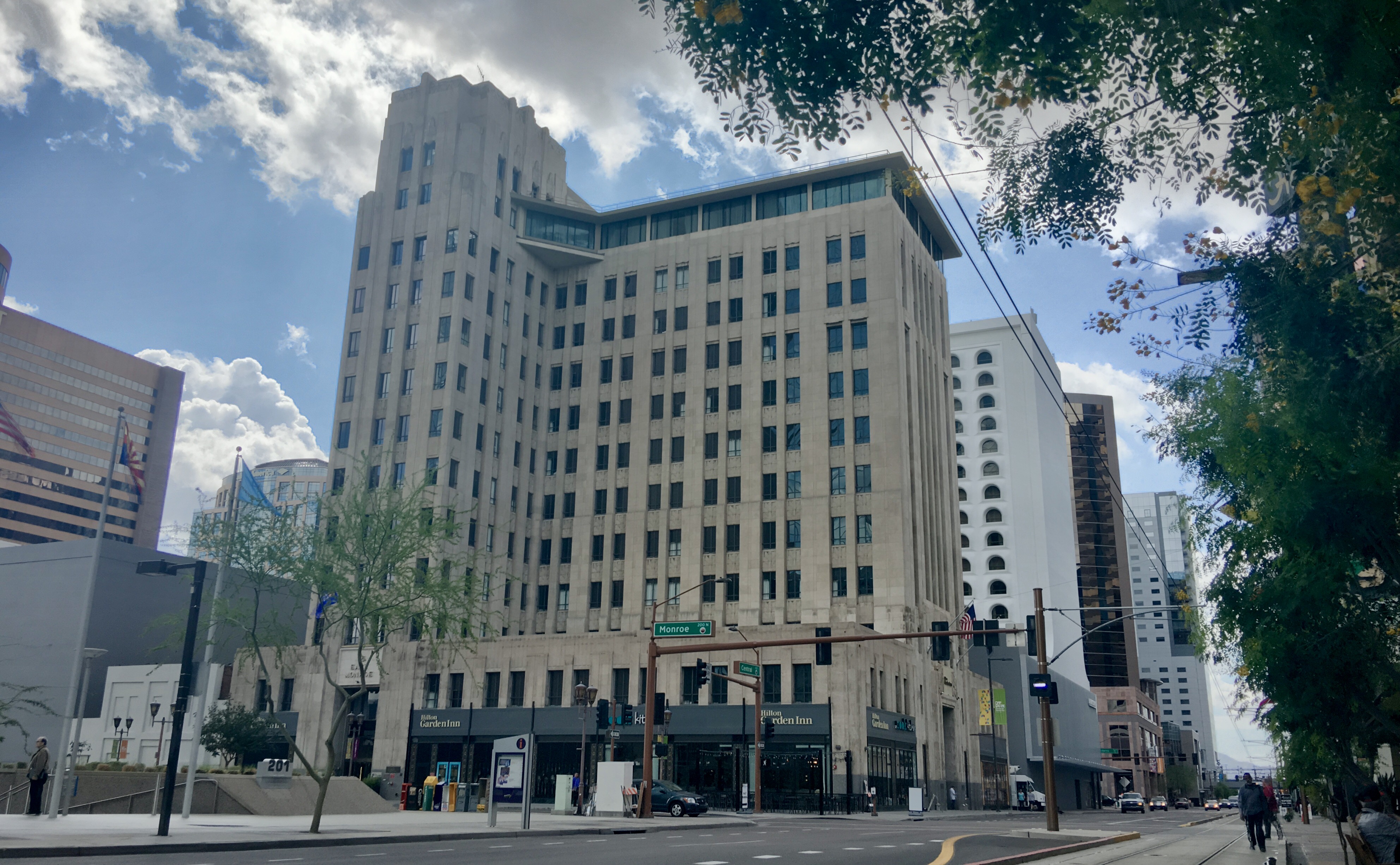 Formerly known as the Professional Building, it was built in 1932 to house the growing Valley National Bank. It was carefully restored in 2015 featuring the original Art Deco design, a grand lobby, columns and marble touches. Before you leave, be sure to ride the elevator up to the Floor 13 rooftop bar, which features breathtaking views of the Phoenix skyline. 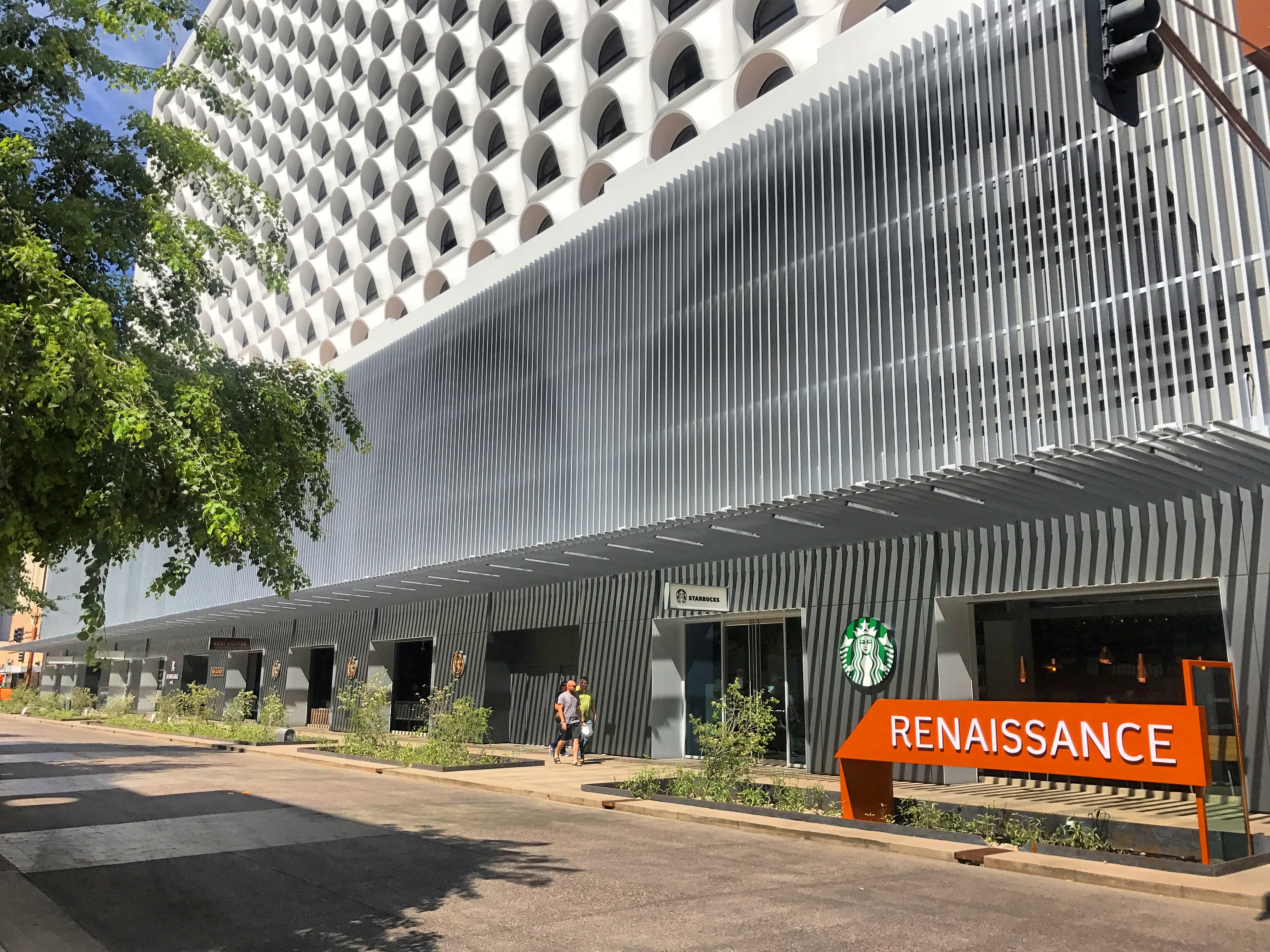 The historic Adams Hotel was built on this site in 1896, rebuilt after a fire in 1910, razed in 1973, and reconstructed as a modern hotel in 1975. In 2016, the Renaissance embarked on a $10 million renovation and beautification project, totally transforming the façade and improving the streetscape. In the alley behind the Renaissance, you’ll find a colorful 70-foot mural based on the hotel’s storied past. 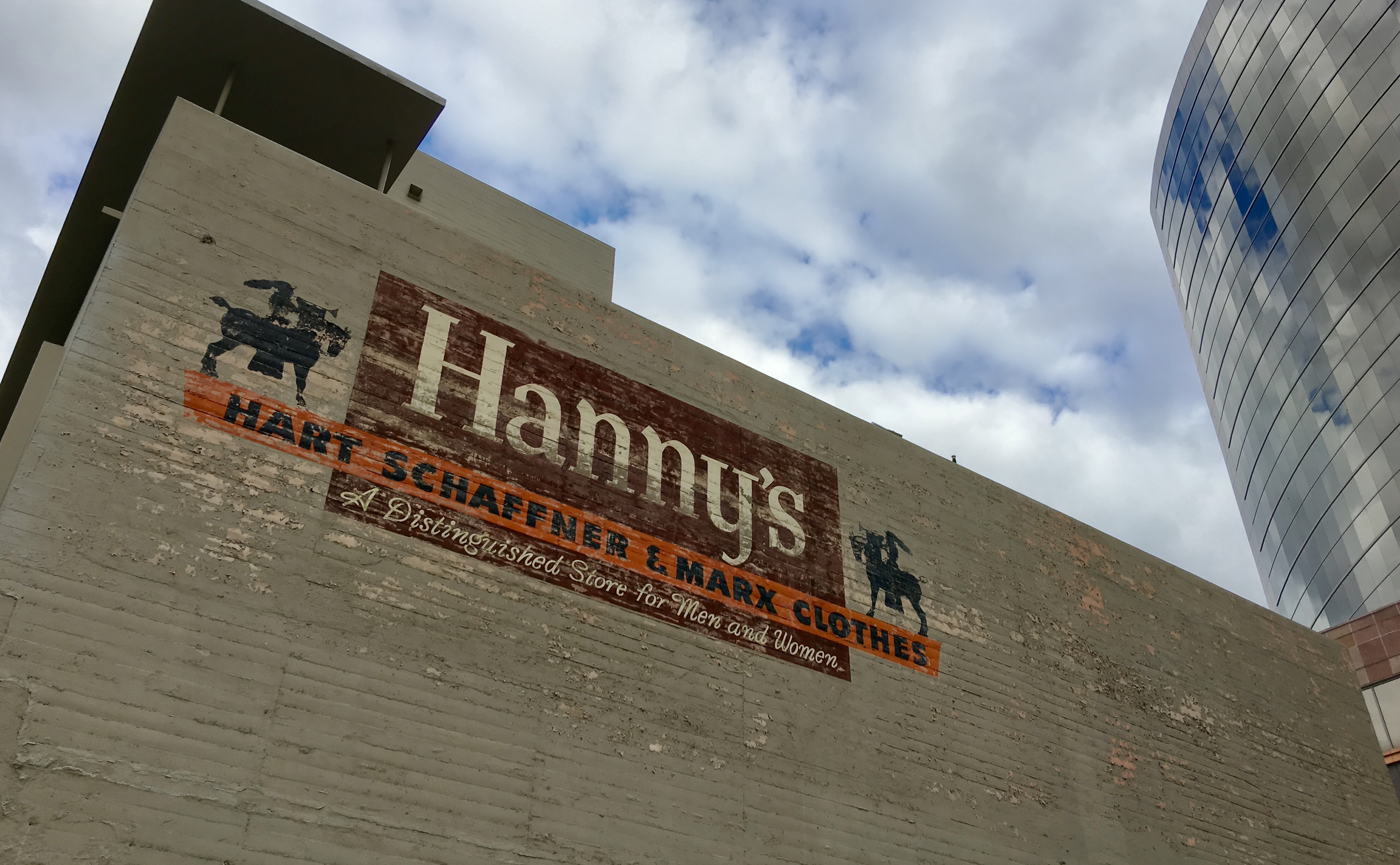 Now a bar and restaurant, this clothing store was the ultimate place to go for men’s fashion between 1947 to 1986. Located just down the street, the Arizona Latino Arts and Cultural Center (ALAC) offers free admission and a great gift shop. 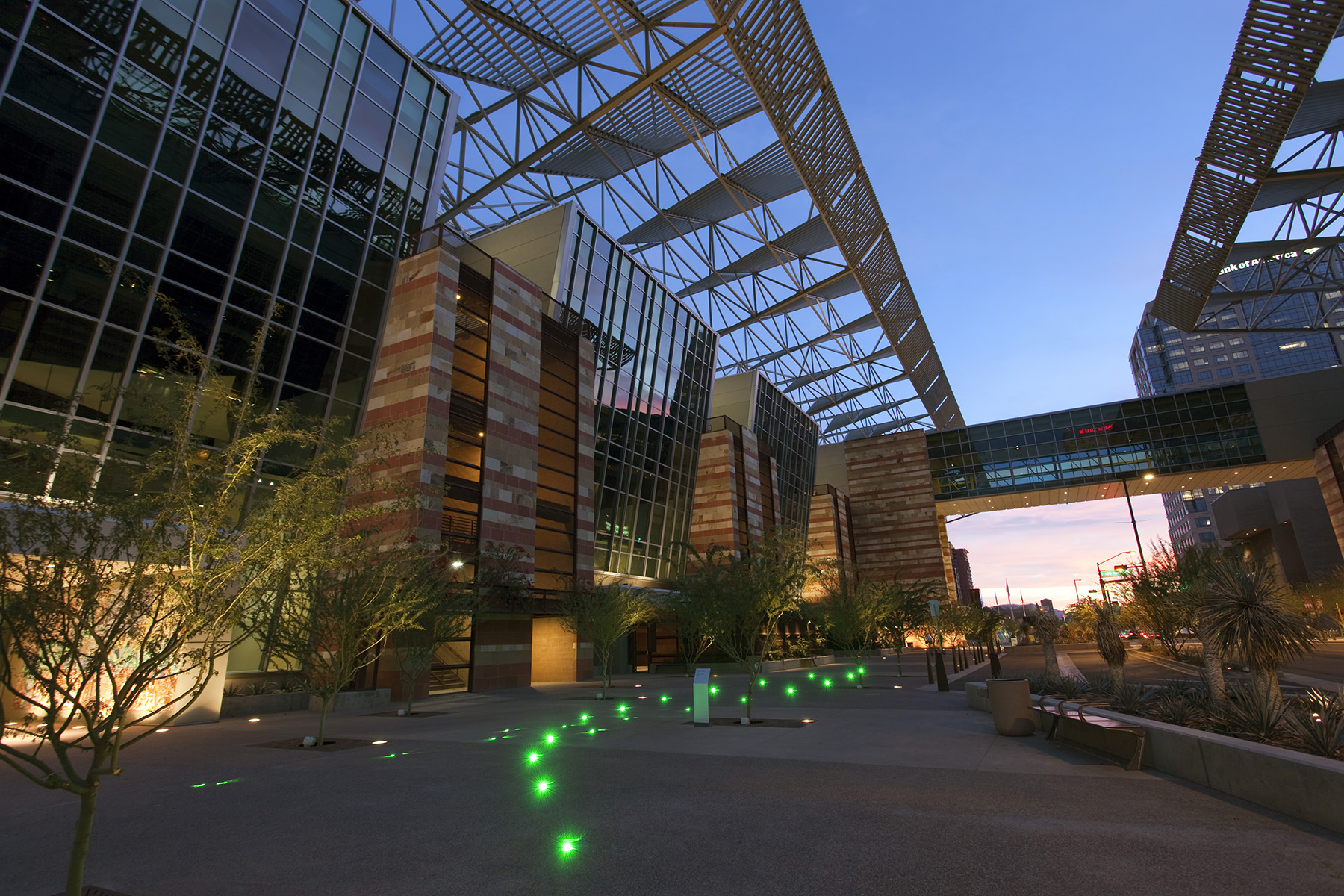 This was the site of the original 1972 Phoenix Civic Plaza and reopened as a state-of-the-art convention center in 2008. “Art is a Guaranty of Sanity” by Louise Bourgeois — located in the West Building — is one of downtown’s largest art pieces and is open to the public. 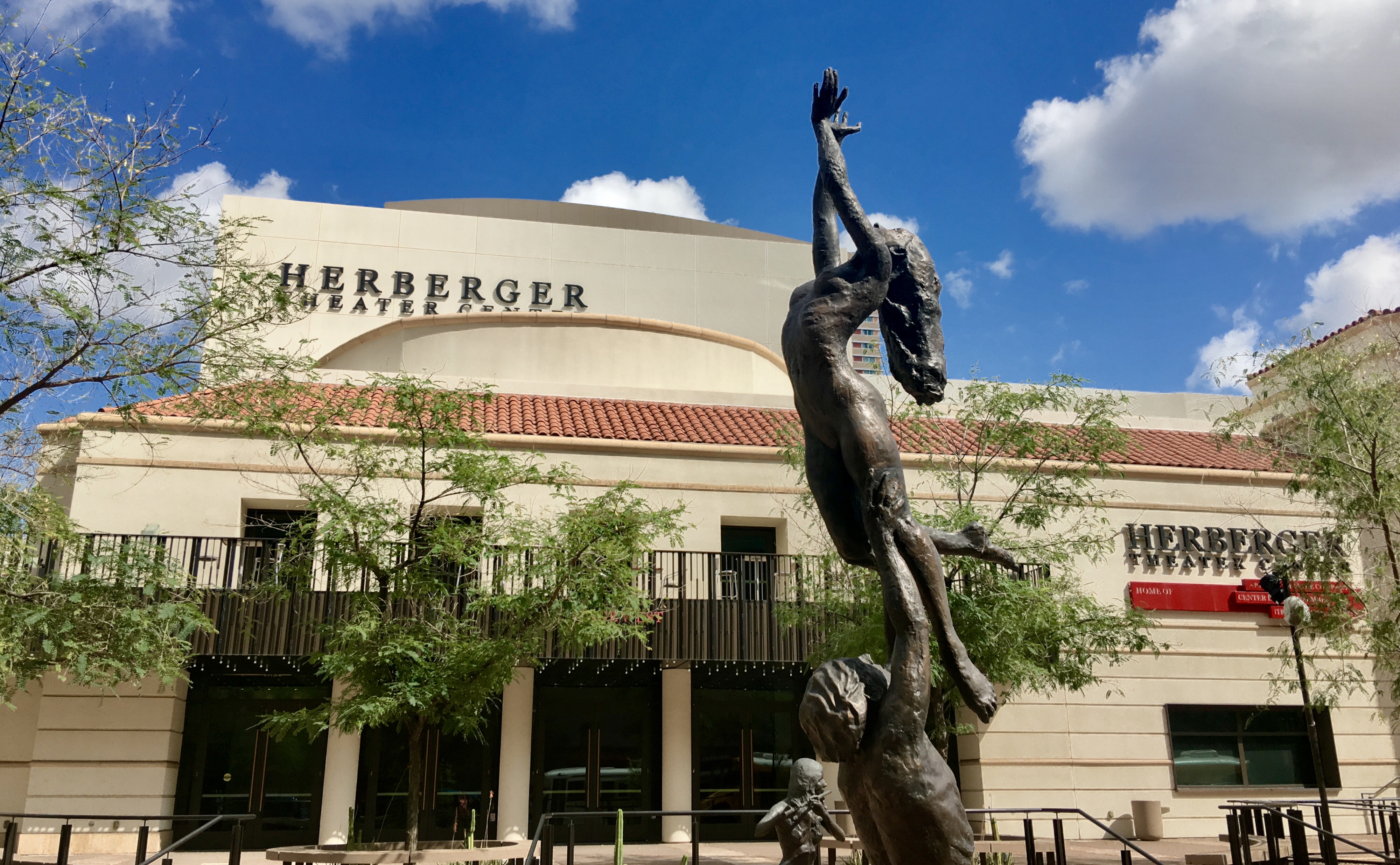 Three stages and an acclaimed resident dance ensemble and theater troupe make the Herberger (built in 1989) an excellent place to catch a live performance. The outdoor sculpture series, “Dance” by John Waddell, also adds beauty and interest to the exterior. 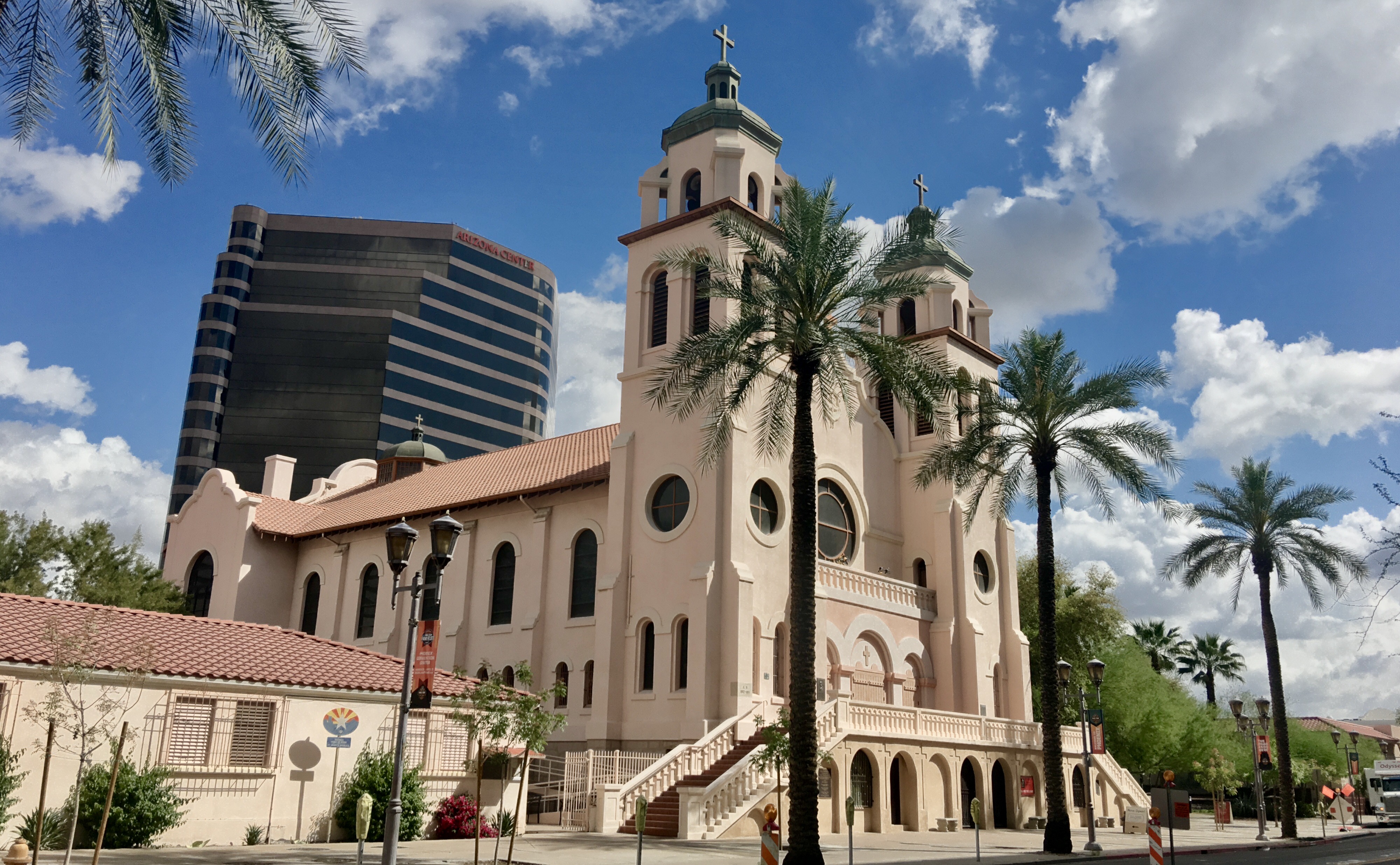 The oldest Catholic Parish in Phoenix was built here in 1881. The Spanish Colonial-style church you see today was built in 1914, complete with golden altars, Roman columns and the largest collection of stained glass windows in the state. 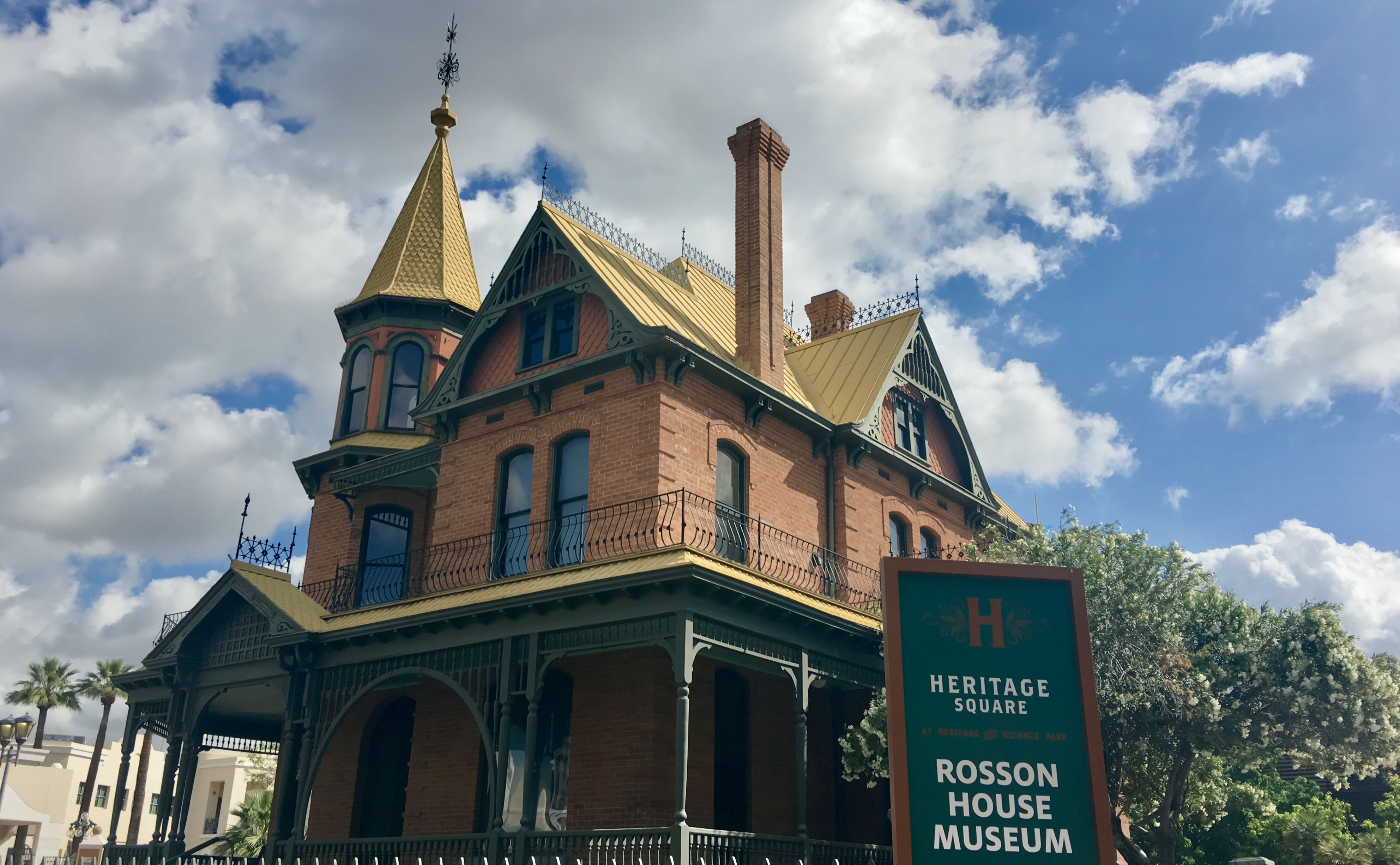 In 1895, the Rosson family built a two-story Victorian home here, which is now a museum. Admission is $10 for adults, $9 for seniors, military, students and AAA members, and $5 for children 5-12 years old. 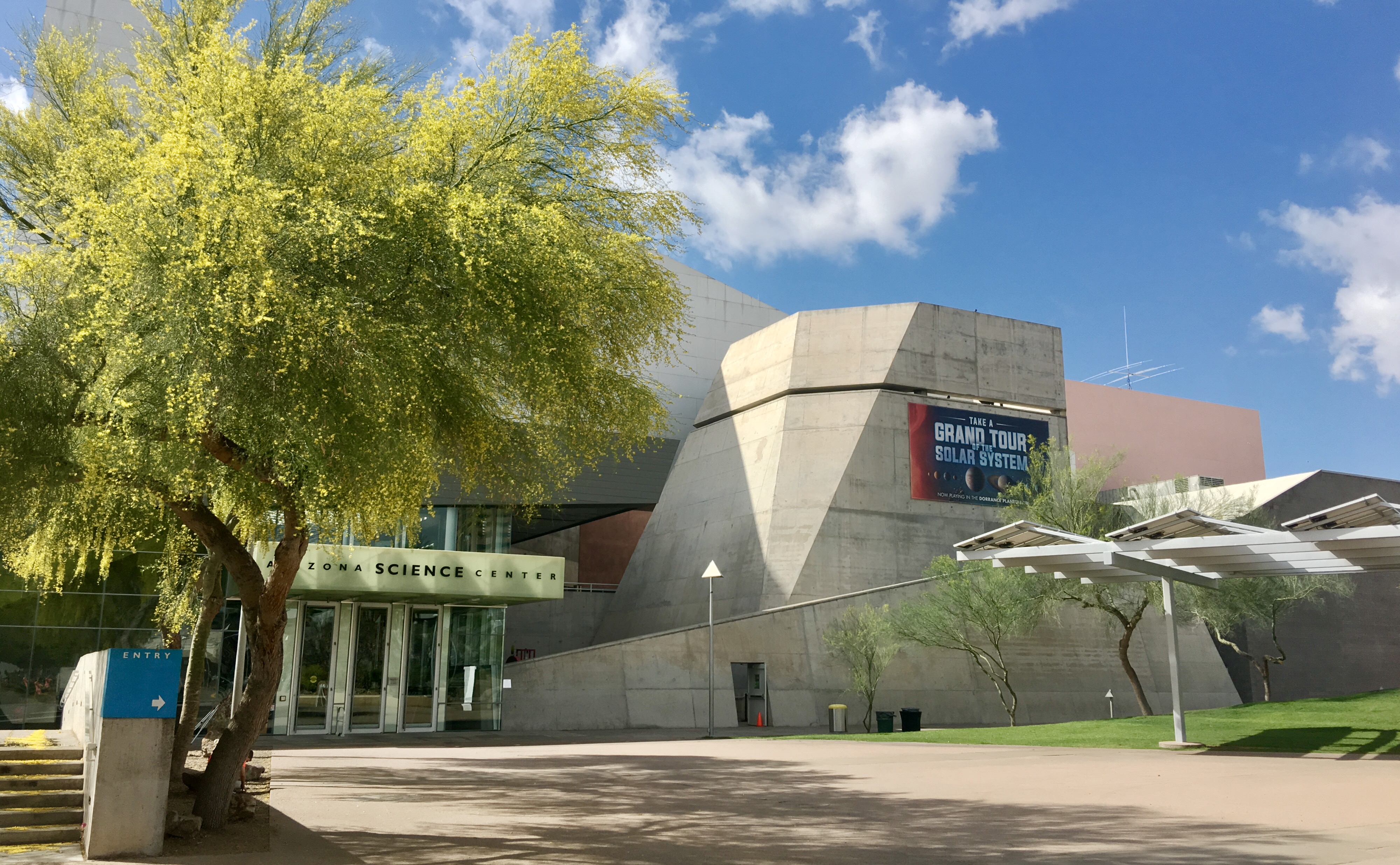 The center offers 40,000 square feet of exhibition space, an IMAX theater and planetarium. Admission is $18 for adults, $13 for children and free for kids under two. 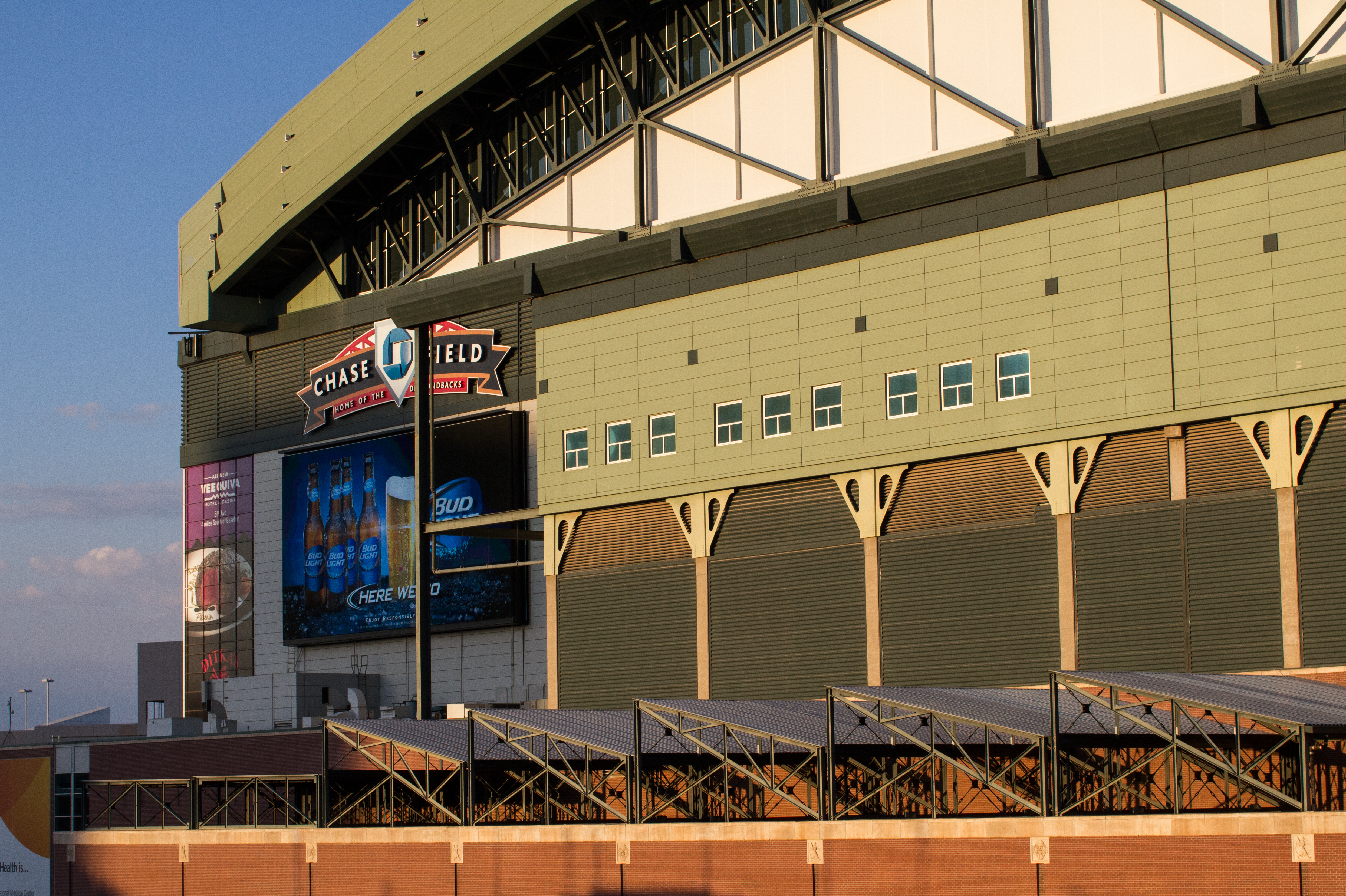 Built in 1998, this is the first stadium in the U.S. with a retractable roof over natural grass, since the average temperature during baseball season is 100 degrees. Tours are available year-round. 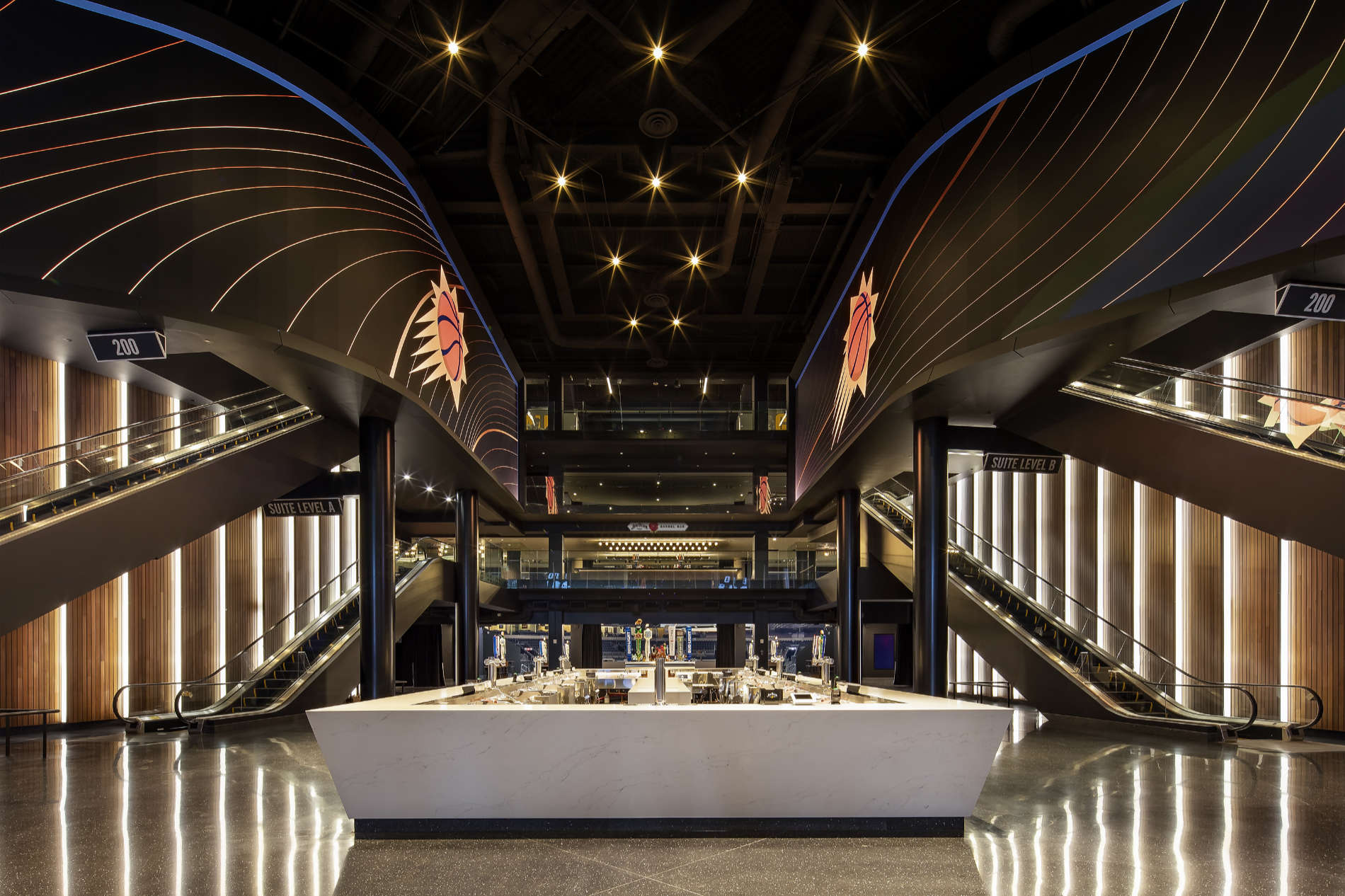 Built in 1992, the Footprint Center is a major sports and entertainment venue, home to the Phoenix Suns (NBA), the Phoenix Mercury (WNBA) and the Arizona Rattlers (arena football).