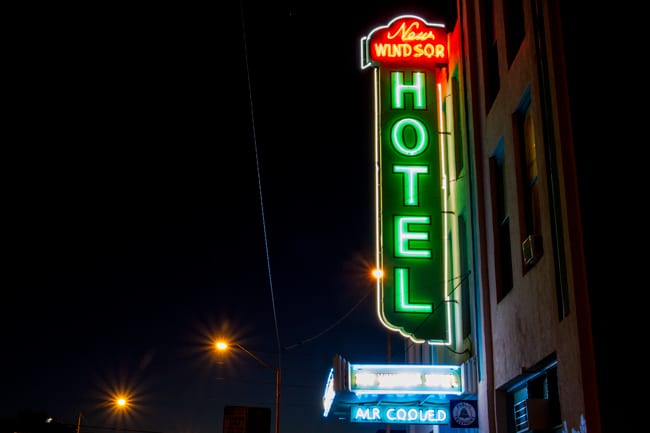 One of downtown’s oldest, the building that houses the New Windsor Hotel at 546 W. Adams Street dates back to 1893 — the sign was likely erected sometime in the 1930s. (Photo: Fara Illich)

As cranes go up, buildings come down and the current development boom changes the face of Downtown Phoenix, some believe that certain things should stay the same.
For Douglas Towne, a hydrologist by trade and preservationist by avocation, it’s vintage neon signs.
While looming examples of downtown’s architectural history like the Luhrs Tower or Professional Building capture the public’s imagination, not many people care about neon signs and their associated businesses, according to Towne.
“I noticed that neon signs were disappearing from the Southwest,” he said. “These were often mom and pop establishments which were closing… and franchises were taking over.” 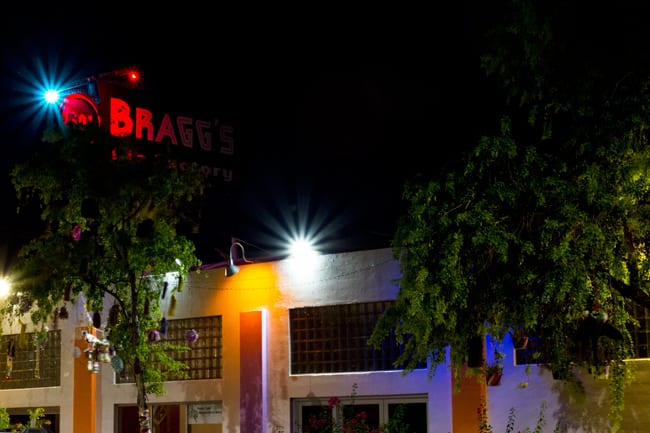 The neon no longer works, but the sign above Bragg’s Pie Factory, which now houses a salon, diner and other businesses, still shines bright. Located at 1301 W. Grand Avenue, the factory dates back to 1946. (Photo: Fara Illich)

Towne first became intrigued with the uniqueness, artistry and history of neon while attending graduate school at the University of Arizona in the 1980s. Since then, it became his personal mission to research and advocate for the preservation of these brightly colored relics — in addition to documenting the people and businesses connected to them.
He’s written extensively on the subject, specifically how signs reveal part of the American experience. According to Towne, neon really took off in popularity after coming to the states in 1923 — reaching a peak during the post-war era. 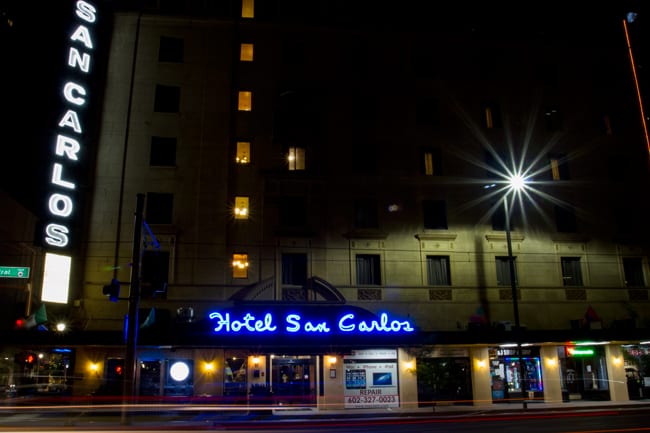 Phoenix was no different. In fact, Towne wrote in a 2011 article for Modern Phoenix that during the 1960s “Van Buren was called the ‘Funset Strip’ and was touted as a tamer, casino-free version of the famed Las Vegas Boulevard.”
For some, the value of these signs is intrinsic. According to Jim McPherson, board member of the Arizona Vintage Sign Coalition, they evoke a certain nostalgia, especially along Van Buren Street or Grand Avenue, which held large clusters of neon at one time.
“It represents this amazing era of travel by car and lodging,” he said. “Over time, a lot of them have been demolished and taken down, so we’re trying to save representative samples of what we have left.” 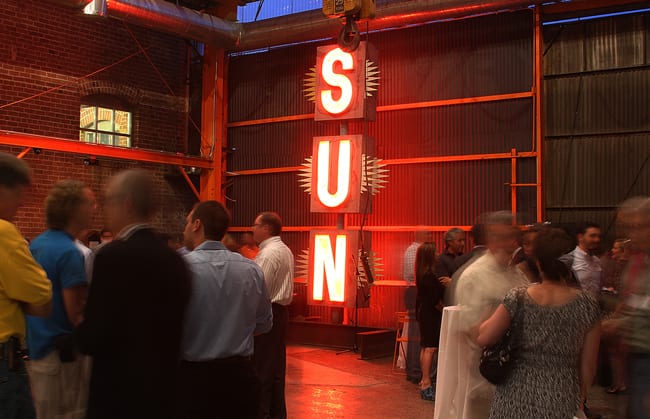 With the help of local preservationists — in addition to groups like the Arizona Vintage Sign Coalition — Towne says the public’s perception of historic signage has really changed over the years.
“I dare say the appreciation of vintage neon signs is now considered mainstream,” he said. “Originally, however, it was a lonely undertaking.”
Early on, no one really understood his hobby as the vintage sign guy. 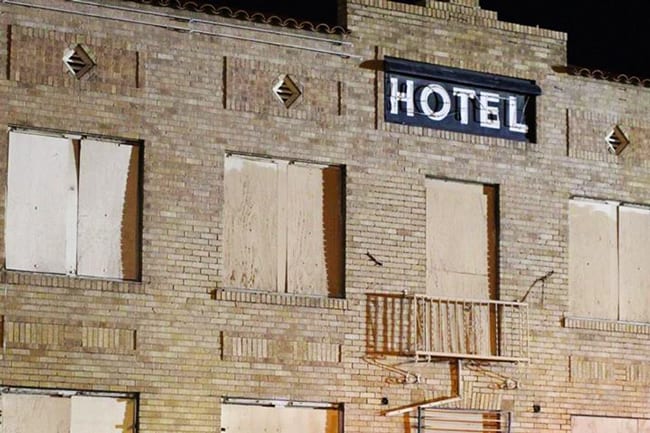 The facade of the St. James Hotel along with its vintage neon sign were spared from demolition in 2012. Located at 21 E. Madison Street near US Airways Center, the building dates back to 1928. (Photo: Fara Illich)

Fortunately, adaptive reuse and upcycling has become desirable among millennials seeking authenticity in a sea of plastic and stucco, according to McPherson. But the restaurants, tech companies and hotels moving into rehabbed old buildings are just one piece of the puzzle.
Towne stresses the importance of salvaging the smaller (and flashier) pieces of downtown’s history too. 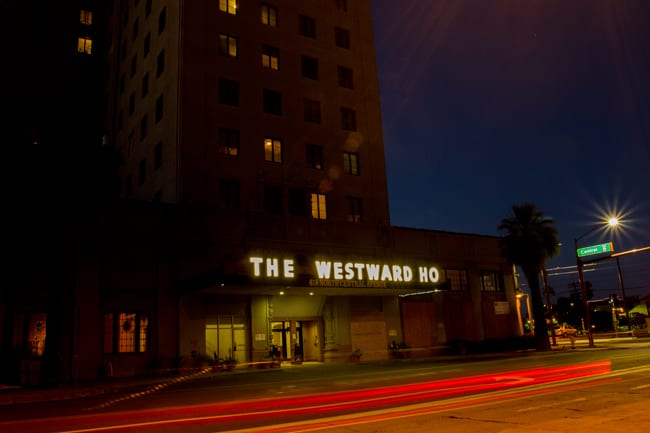 After its completion in 1928, the Westward Ho was the city’s premier luxury hotel. In 1981, the building was converted into an assisted living complex. (Photo: Fara Illich)